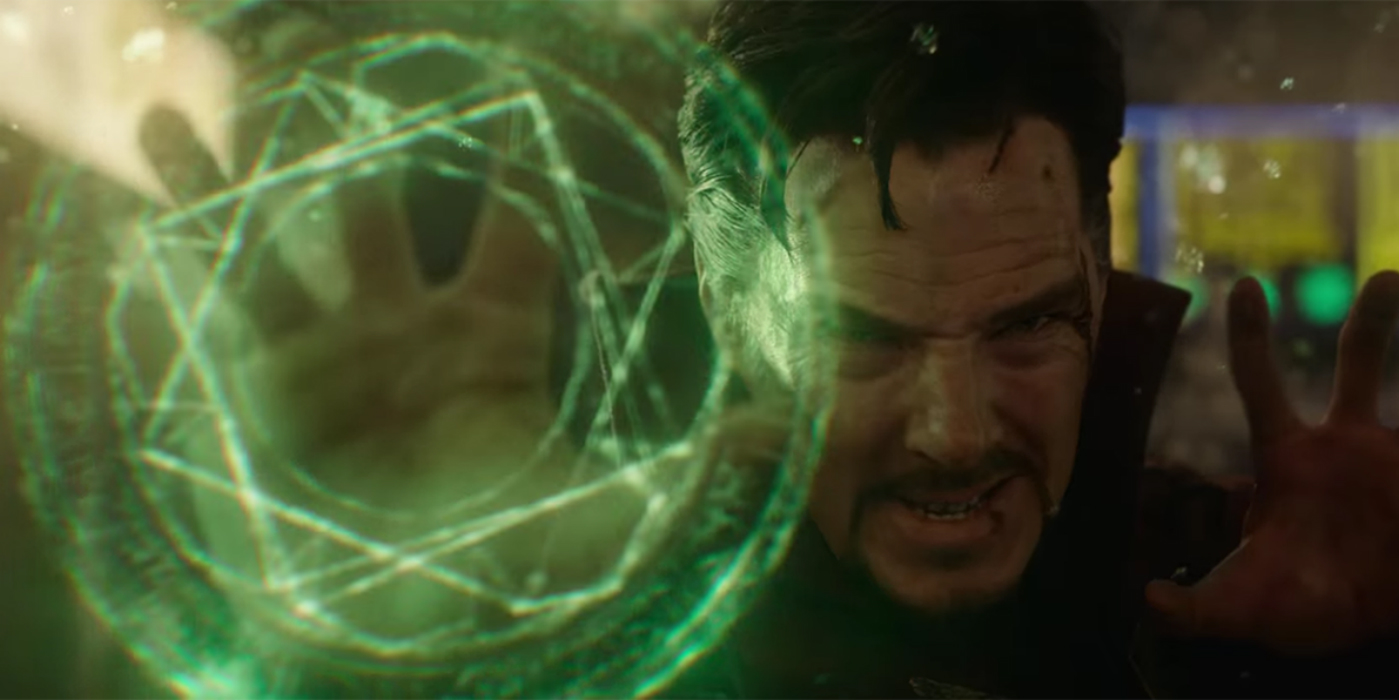 A terrible, horrible, no good, very bad thought occurred to me about halfway through Doctor Strange. You guys, what if Benedict Cumberbatch isn’t a very good actor? What if he’s just charismatic and British enough to confuse us into thinking he is? Because the American accent he does is all-caps B-A-D, or as the British would say: “bad.” Because they speak our same language but would never raise their voice about this…

Cumberbatch stars as Stephen Strange, a hella-skilled surgeon who pronounces each word like he’s trying to get a marble out of his esophagus. Seriously, it can’t be stressed enough that Cumberbatch’s American accent sounds like a human cat horking up a hairball. One day, while texting and driving too fast in the rain at night in a luxury car, Strange crashes into a cliché and borks his hands into mush. The previously talented arrogant dickhead is now just a regular dickhead, so he travels to Katmandu after hearing rumors of magic healers. He doesn’t find a cozy sorcerer-run spa, but does find a bald, bad-ass Tilda Swinton, which is way better.

Swinton is The Ancient One, the leader of a kung-fu magic monastery where Mordo (Chiwetel Ejifor) resides. Mordo and The Ancient One quasi-reluctantly train Strange, with the help of Wong (Benedict Wong), a kindly librarian whose discovery of the glory that is Beyonce deserved more screentime. When Kaecilius (Mads Mikkelsen), a former student who has surrendered to dark juju, shows up to destroy all that stands between our world and the Dark Dimension, Strange must protect us with only the aid of a semi-sentient cape, who is inarguably the best supporting character in the film.

The whole thing is boilerplate hero origin stuff, buoyed by some great trippy visual shenanigans. Unlike the comic, where Strange mumbles magic words or does kinky finger pointing stuff to fire spells, the magic manifests itself here as Matrix-style karate, only with glowing sigils and somewhat intangible neon weapons. It looks great, and the film has a fun, kinetic pace that never lets it get too bogged down. This is good because any extra time spent thinking about what’s happening is like yanking the shit out of Weezer-esque sweater thread.

For example, are audiences really supposed to believe that Kaecilius genuinely thought it was a good idea to ally with a monstrous, blobby creature that runs The Dark Dimension? It’s called “The Dark Dimension.” Nothing good happens in The Dark Dimension. And why does the evil power mostly manifest itself as villains wearing funky eye makeup and briskly power walking? And while we’re at it, why did they so blatantly and criminally underuse Rachel McAdams? She has a character that’s literally less developed than an anthropomorphic cape.

I love the character of Doctor Strange. Always have. His mysticism and fluctuating moral code always proved a fresh take on a comic book world that can be fatiguing with all its homogenous elements. It’s possible that this cinematic version will eventually do the same. For now, Doctor Strange just looks cool, sounds kinda lame and needs a few more friends.