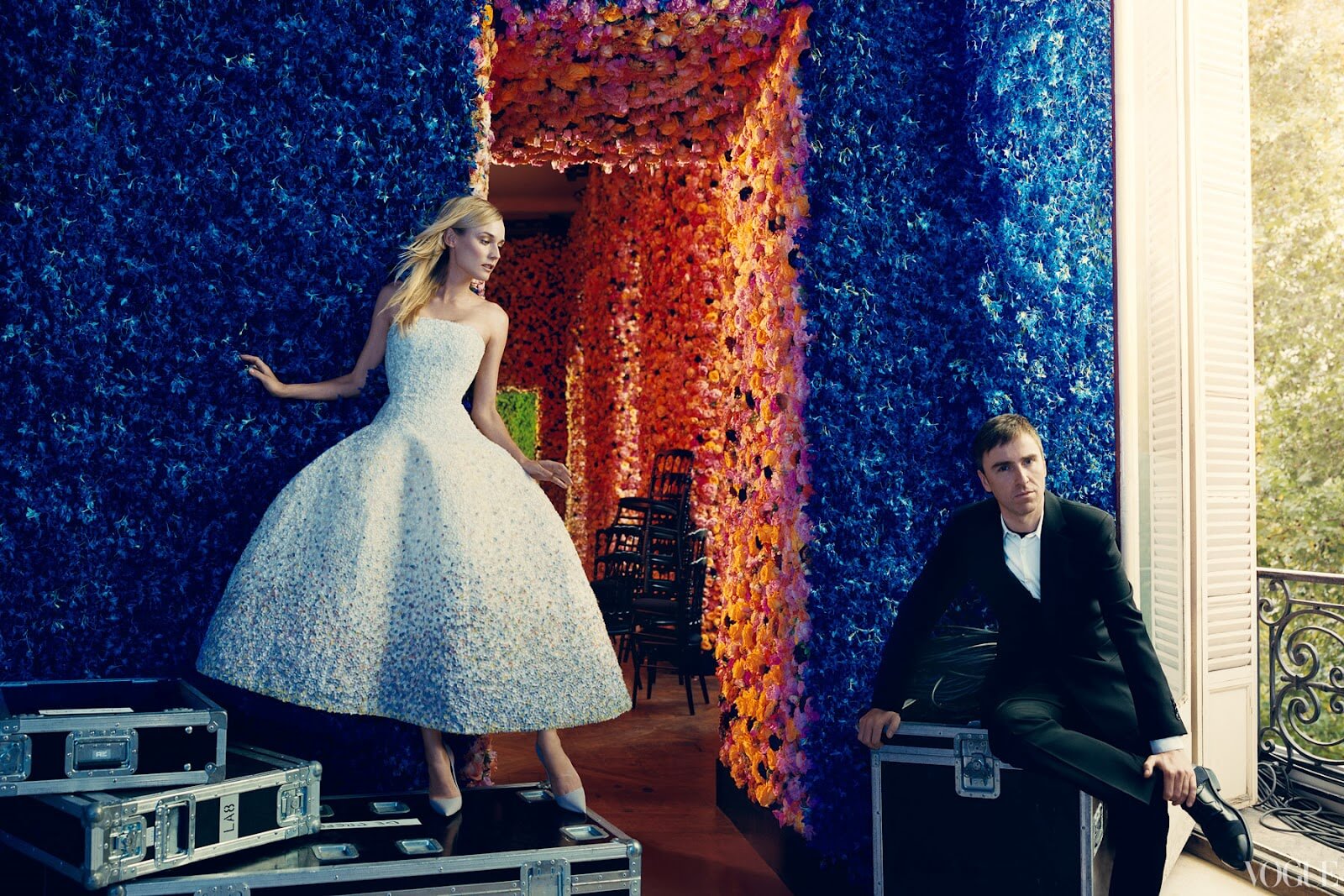 We sat through 19 years of relatively megabudget Batman movies before we ever saw Batman turn his head because we literally didn’t have the technology to do it. That’s an oddly fascinating reminder that clothing is a “technology” and fashion is, essentially, a “science.” Dior and I, a documentary by newcomer Frederic Techeng, reveals that the best fashion designers on the planet are actually dealing with some pretty complex mechanics.

The designers experimenting in the House of Dior, the Willy Wonka’s Chocolate Factory of the fashion industry, appear to understand precisely how their designs will directly affect our brains. I’m positive that footage of designers reviewing composite scans of brains belonging to human subjects admiring Dior outfits was left on the cutting room floor. Dior and I follows the development of Raf Simons’ first collection as Dior’s artistic director. Simons’ collaboration with various creative departments allows the film to explore the intimidating intellects behind the legendary brand.

Unfortunately, Techeng is rushing when he doesn’t need to, and the film runs at a sleek 90 minutes. Although these designers certainly aren’t splitting atoms, they are undeniably creative geniuses. After all, there are almost seven billion people in the world and these are the handful whose ideas about clothes are actually worth millions of dollars. I would have liked to spend another 15 or 20 minutes with them, watching them really dig into their craft. Don’t get me wrong. This film is interesting, but I got the distinct impression that it just scratched the surface of these creative voices.

The seamstresses of House Dior are the scene-stealers, and the film’s attempts to celebrate their often underappreciated work is short-changed by its pace. “They’re not workers, they’re businesswomen,” says one designer. These seamstresses are flying, via private jet, to work at top fashion houses all around the globe. They have incredible understandings of the physics of these outfits, and are often asked to invent new kinds of clothing. And they do. They are tinkerers and inventors, but they work with fabric instead of spare computer parts.

To all those folks who were worried, for some reason, that the HBO series The Jinx was somehow limiting documentaries by demanding that they have harrowing twists and turns… Yeah, don’t worry about it. Dior and I was the first documentary I’ve seen in months that wasn’t harrowing, and it was plenty compelling. Although it didn’t dig as deep as I hoped it would, this is quite simply such a cool documentary. The designers are cool people, and the world they occupy is a cool environment. It is inherently a bit disappointing that some of these designers weren’t challenged for how they may perpetuate troubling views about body image, especially when the filmmakers had this much access, but Dior and I is all about a creative process that is endlessly fascinating. Even if it seems to end too soon.