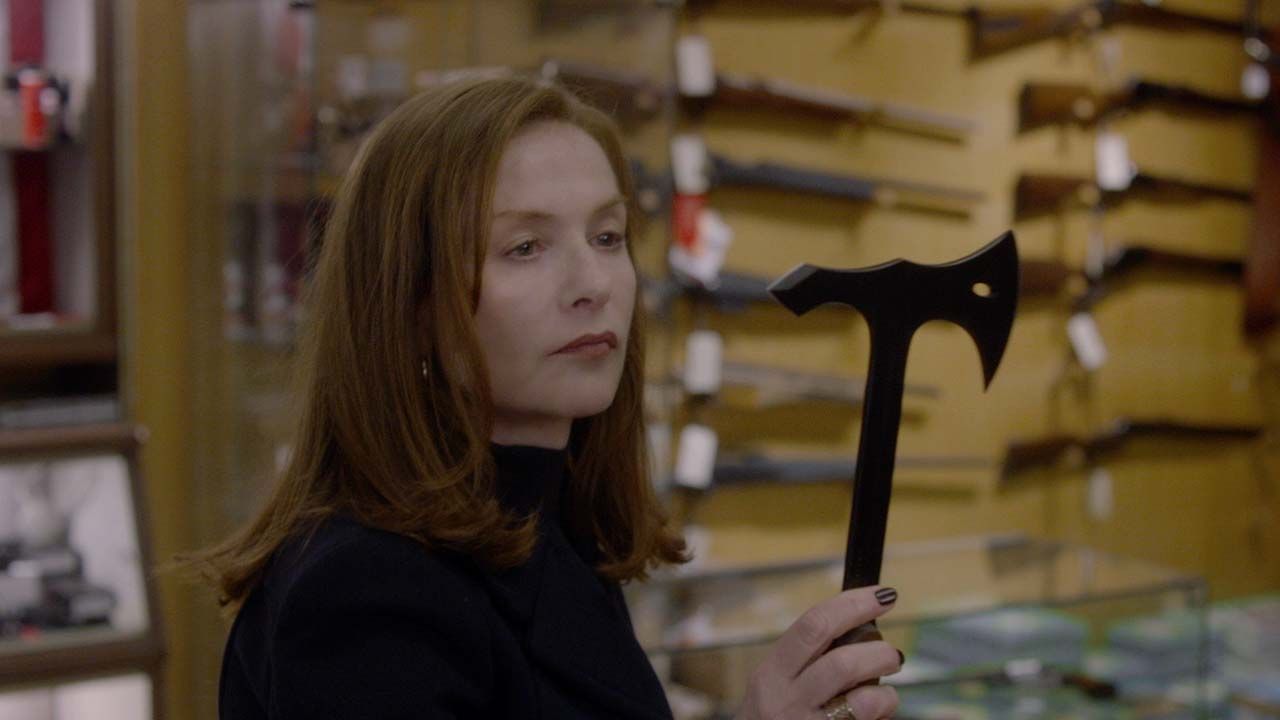 You’re going to walk out of Elle feeling like shit.

It’s a dreadful, creepy and depressing-ass movie. If you’re not down for eerie psychosexual thrills that make you queasy, then Elle isn’t for you. If movies that feel like punishment for every happy thought you’ve ever had are your thing, then you’ll almost love certainly Elle. You might be emotionally spent after watching it, so plan your day accordingly, but Elle isn’t much more than just the gimmick of being over-the-top bleak.

Elle’s been billed as a “departure” for action director Paul Verhoeven, but it’s not all that surprising that the filmmaker behind Robocop, Total Recall and Starship Troopers made a movie this grimly violent and twisted. It begins without much ceremony, as Elle (Isabelle Huppert) is raped on the floor of her home. The perpetrator leaves, Elle cleans the mess and calmly resumes her life. She makes dinner for her stupid-faced son and goes to the work the next day at her video game company, managing an office of resentful younger men. Elle’s group of wealthy liberal friends urges her to file a police report, but she’s skeptical of law enforcement after past trauma.

It’s not long before the perpetrator begins stalking Elle at home, and apparently at work, when new clues about her true motives for not reporting the attack come to light. It’s unclear whether Elle is plotting revenge or simply satisfying her morbid curiosity, but she’s determined to find the attacker on her own. Ultimately, her reason why will enthrall some viewers and get a resounding, “No. No, no, no. Nope. Nuh-uh,” from others. If you couldn’t tell by now, Elle starts off in some pretty dark territory and only gets more and more sadistic. I don’t care what anyone says: it’s a horror movie. There aren’t any jump scares, but Elle creates an atmosphere of dread that keeps you on edge the entire time.

I have a feeling—just a feeling—the same crowd who loved recent horror movies It Follows and The Witch will get a similar sort of gratification from Elle. It begs for endless thinkpieces disagreeing whether Elle’s intentions are feminist at heart or actually misogynistic, but it’s simply not a good enough movie to merit such attention. I’m never terribly impressed with movies that try too hard to push your buttons because they usually forget to be “good” on top of just being weird and “boundary pushing.” Elle is better than some others, but the gimmick is still tired by the end. It gets to a point that feels very “wash, rinse, repeat.” Something bad happens, followed by something hopeful, followed by the hopeful thing turning into something surreal and darkly funny that makes the whole situation worse. Repeat.

I should mention there’s a lot of dark comedy in Elle, but it’s too relentless to be funny. There’s some good stuff in Elle, too—Huppert is great and Verhoeven is just an excellent craftsman—but it never comes close to making up for the bad. If a movie is going to do the whole “unnerve you until you feel physically ill” thing, then I just need more. Mainlining emotional torture porn isn’t enough for me. It’s easy to make people feel shitty. Elle wastes the opportunity to make people feel shitty but also give us a deeper story think about while we brood.