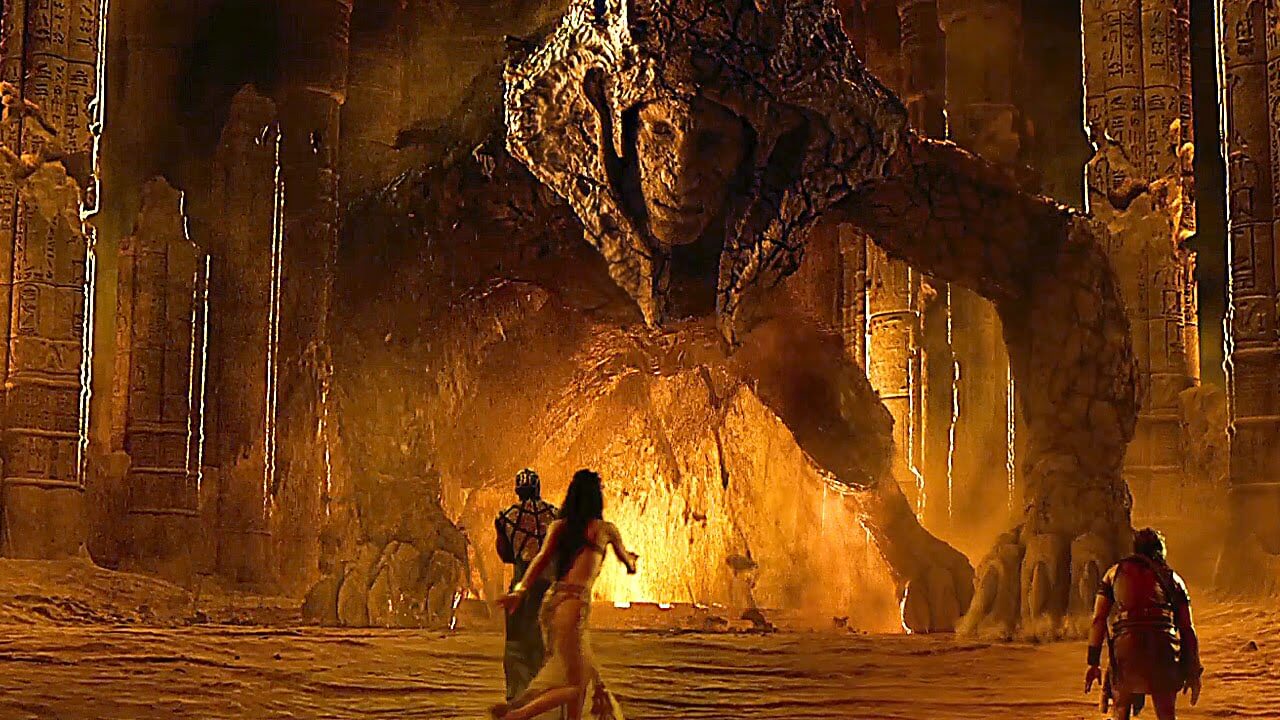 The precise moment that Gods of Egypt really becomes Gods of Egypt is when a god seduces the woman he has kidnapped by explicitly stating how much he likes raping her, and the woman flirtatiously responds by explicitly stating how much she likes being raped. Gods of Egypt fancies itself as a modern update on classic fantasy epics, but all that director Alex Proyas succeeds at is stitching together the worst parts of old Hollywood for a film so astonishingly outdated that he apologized for it immediately after the first trailer was released.

The story of Gods of Egypt is pretty standard stuff. In the beginning, a cheaply animated prologue informs us that the Gods ruled ancient Egypt and were more powerful than mortal humans because, get this, “The Gods were much taller.” After overthrowing the king, an evil God named Set (Gerard Butler) rules Egypt with an iron fist, until his nephew Horus (Nikolaj Coster-Waldau) teams up with a heroic mortal, Bek (Brenton Thwaites), to reclaim the throne. The entire adventure is executed poorly, without any excitement, but who can really care about the dramatic stakes in a film that is so egregious?

The filmmakers behind Gods of Egypt were thoughtless enough to cast a group of white actors as the leads in a film about ancient Egypt so, of course, just about every person of color in the film appears as a servant, sex object or scenery. Chadwick Boseman plays Thoth, the God of Knowledge, but Boseman feels like he is just biding his time until Black Panther comes out next year, and he never has to do another film like this. If you couldn’t tell already, Gods of Egypt’s treatment of women, in general, isn’t much better.

After Gods of Egypt gives you plenty of reasons to use your aggressive feelings, the endless action sequences really let the hate flow through you. In between the blatant racism and misogyny, the Gods transform into walking metal statues that fly around and fight each other. It’s remarkably stupid. You can almost smell the cigar smoke of the studio executive that said, “Make it more like those Transformers pictures that make $1-billion every summer! People love those!”

Box office tracking certainly isn’t foolproof, but the numbers are indicating that if you aren’t seeing Deadpool this weekend, then you’re probably not seeing anything at all. Good. I haven’t seen Triple 9 and I wish it the best of luck, I guess, but maybe don’t give Hollywood your cash this weekend. Even though inclusiveness is only making more and more money, disconnected megabudget films like Gods of Egypt are massive financial failures, but they keep getting made. Why? Who benefits?

Other than being much taller than mortals, the Gods in the film also bleed pure gold, because the filmmakers were concerned about showing you actual blood during the action sequences. Isn’t it grimly fascinating how that creative decision must have been reached after days of consideration and scrutiny…but the filmmakers never thought about honestly portraying the diversity of our world until after our world complained about the trailer?