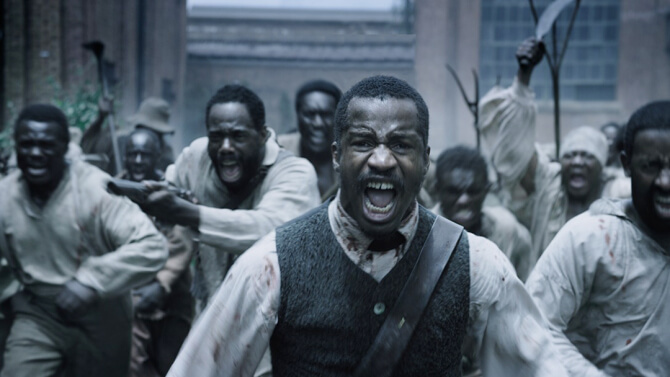 Although possessed of the best temperatures and foliage, Fall gets arguably the least hype. Is this the year all of that changes? Will the films released this autumn position the season for higher respect? Probably not. That said, 2016 has thus far been a smelly, greasy dumpster fire in terms of movie releases. So, at the very least, this Fall can’t do much to mess things up. Here’s a look at the upcoming releases that have my curiosity, if not my attention.

I am not one for horror films. By that I mean I’m a scared manbaby who is afraid of my own shadow, other people’s shadows and any loud noise, even if I made it. Still, I remember devouring the Blair Witch Project with gusto, even if I still haven’t forgiven it for ushering in the era of found footage horror. The original movie was a phenomenon because it captured the public’s imagination with a totally, obviously B.S. story suggesting that it was “real.” The latest version tried a stunt of its own, pretending to be a movie called The Woods until just recently, when it dropped its false garments to reveal itself as a sequel to the first flick. Buzz has been strong to the point where people are praising it for giving the horror genre its long-needed boost of creative Viagra. I’m less convinced but intrigued enough to endure a few embarrassing squeals of fright passing my lips.

A remake of a reimagining of an Akira Kurosawa film, this swaggy western caught my eye based solely on the talent involved. Combining Denzel Washington, Chris Pratt and Vincent D’Onofrio with writer Nic Pizzolatto (HBO’s True Detective) is a good way to get my attention. Considering that the last elder statesman who represented American westerns, Clint “Chair Talker” Eastwood, has gone coo coo for Coco Puffs and declared a whole generation to be “wussies” (in harsher terms), it’s high-noon-time we wrest the genre away from his skeletal clutches. It’s unlikely that westerns will ever return to their place of nobility in the cinematic food chain, which is understandable given the latent racism and frequent misogyny. But if this does blockbuster money, studios may dust off the six shooters at least somewhat more frequently.

Birth of a Nation (October 7)

I don’t think I’m rooting for any film harder than I am writer/director Nate Parker’s Birth of a Nation. It’s not just that it’s a dramatic retelling of Nat Turner’s slave rebellion in 1831, it’s that it has the genius to share the title of the 1915 film about the KKK. The earlier film is still frequently taught in classes covering film history, which sucks a lot. If Parker’s movie is a success, it will not only stand on its own as a potent force recapturing cultural imagination, it will bump the gross Klan movie to “the other Birth of a Nation.” There’s virtually zero chance of this new film not garnering tons of award acclaim, so I recommend seeing it early to appear “film forward” to your hipster friends! We all have them…

The Girl on the Train (October 7)

I haven’t read the book upon which The Girl on the Train is based because reading is for nerds! High-five!! I’m kidding and only trying to cover up my multiple English literature degrees. Emily Blunt headlines the adaptation and is taking some guff for apparently being much prettier than the description of the lead character in the mystery novel. Wait, Hollywood is inserting a more attractive human into a movie based on a book?! Blow me over with a sparrow fart! In the century-old battle betwixt book and film, book readers have yet to concede defeat. There’s no reason to assume that will be different here, yet the prospect of a Hitchcockian thriller headed by Blunt is enough to raise my goosebumps in a good way.

Tom Cruise is now long removed from both his prime and his couch-jumping descent into madness. The titular character adapted from the popular book series may be described in print as mammoth in size, but Cruise proved his Xenu-powered gumption is up to the task in the first installment. This sequel may have a decided lack of Werner Herzog, a detriment of far too many action movies, but it does appear to once more allow the diminutive Scientologist to display his miniature machismo in a big way. Sure to be your dad’s favorite movie of the year, this is the very definition of a notable Fall movie.

I’m not even gonna pretend this isn’t the Fall movie I’m most excited about. It’s Doctor flippin’ Strange, yo! Marvel Studios has finally stumbled into the weird outliers among its properties, with none odder than a dude with Strange literally right there in his name! While DC and Warner Bros are still trying to find a way to make “grim n’ gritty” movies, even ones with half-human crocodiles, Marvel has decided to roll the dice by embracing pure mysticism and magic. Does it help to have a Benedict Cumberbatch? When doesn’t a Cumberbatch come in handy? Still, trying to get audiences to embrace a surgeon-turned-sorcerer is a bold move from a studio not content to play it safe despite dominating box offices as well as hearts and minds.

Fantastic Beasts and Where to Find Them (November 18)

Have you heard of this “Harry Potter” fellow? Apparently, years after his last cinematic outing, his name brand carries a wee bit of weight. Written by J.K. Rowling, this expansion of the Potterverse sees Academy Award-winner Eddie Redmayne keeping a ton of weird creatures in his magical briefcase. I’m aware there’s probably more to it than that, but simply knowing those facts is enough for die-hard fans and casual enthusiasts to collectively squeal. I can’t remember another series strong enough to launch a quality offshoot, but I’m positive all other studios are watching to see if they can do the same (because originality is a sucker’s game).

Disney animation has stepped out from behind Pixar’s shadow with Frozen and Wreck-It-Ralph. Thus, they didn’t necessarily need to add the genius behind Hamilton, Lin-Manuel Miranda, to its latest project to spark my interest. That said, “OMG! New Miranda songs!!” With Dwayne “The Rock” Johnson voicing a demi-God and lush animation, this promises to be a treat targeting kids but also capturing Hamilton-obsessed adults … not that I know any.