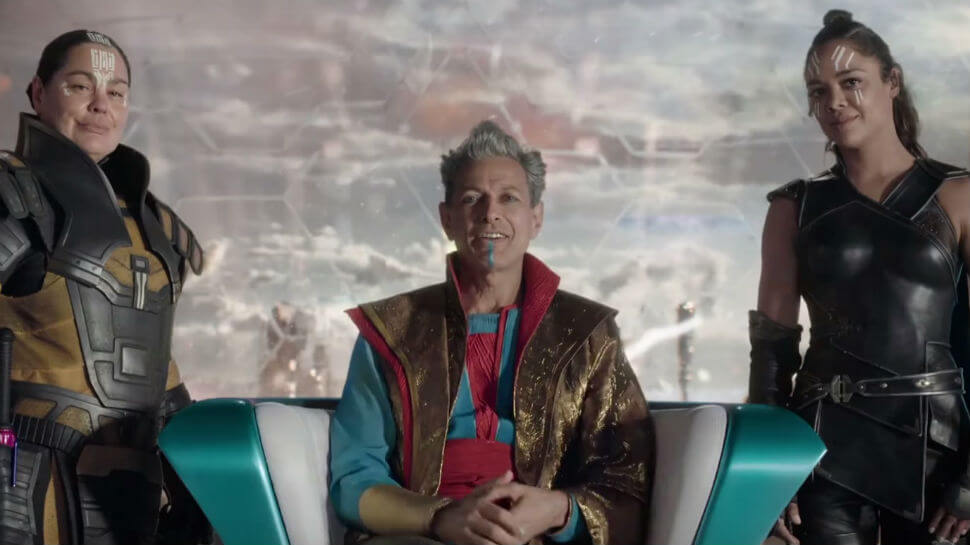 We Americans agree on fewer and fewer things: (1) puppies are the best argument for divine creation, (2) The Rock is frustratingly endearing and (3) 2017 is a trash burger with extra-trash sauce and a side of fries—just kidding, those aren’t fries, that’s just more trash. Still, if there’s one single thing Americans can really get behind, it’s institutional racism. If there’s a second thing, it’s a good late-innings rally by an underdog.

Our best hope for saving the year in film lies, as it usually does, in the last third. I realize that this preview technically fudges the start and end dates of fall. But we all know summer truly ends the first time you think “I can wear a hoodie today!” and winter begins when you finally murder someone in a “Christmas music” fit of rage. So just work with me here.

For many, many reasons, 2017 will go down as a year of sheer terror. From Jordan Peele’s singularly perfect Get Out to the terse It Comes at Night, spooky cinema is dominating because apparently everything has to be painfully “on the nose” now. If the previews and buzz surrounding this clown-centric Stephen King adaptation are to be believed, this remake may make many a year-end top 10. Although, it can’t feature the scariest thing to appear in a film version of a King novel this year because of Matthew McConaughey’s hair dye in The Dark Tower.

Until he makes a bad movie, and even for a while after that, every Darren Aronofsky movie will be on my “most anticipated” list. The last thriller that he directed (Black Swan) made ballet terrifying, so the things he can do with a horror-tinted flick involving unwanted houseguests should be unspeakable. Personal foibles aside, Jennifer Lawrence is a hell of an actress, and bonkers Javier Bardem is the best Javier Bardem next to “seducing Daniel Craig’s James Bond” Javier Bardem.

Hopefully, this long-gestating sequel is more Mad Max: Fury Road than Zoolander 2. Ryan Gosling brings his increasingly inexplicable Brooklyn accent/Marlon Brando impression to a neo-noir world filled with androids who may or may not dream of electric sheeple. Harrison Ford revisits yet another role, and if his character dies here, it’s only a matter of time before we get Indiana Jones and the Light That’s Getting Closer and Closer and He’s in a Better Place Now. Also, Jared Leto is the bad guy, so you get to root against him in a movie too.

I think people assume I’m kidding when I talk about how excited I am for this inevitable piece of shit. The meta-awareness of postmodernism has all but killed the legitimate B-movie—thanks, Sharknado. But this seems to be taking itself blissfully seriously, as Gerard Butler appears to go to outer space in order to stop satellites that control the weather from destroying the earth with colossal hybrid natural disasters. Just typing that synopsis put me in a good mood. So long as it doesn’t wink-and-nod itself into whiplash, I’m gonna get guilty pleasure everywhere.

The Killing of a Sacred Deer (Nov 3)

Somehow the second Thor sequel is the most excited I’ve ever been for an upcoming comic book movie. Everything from Cate Blanchett as the ruler of the underworld to the fact that the film looks like “a fantasy butt-rock album cover airbrushed on the side of a van” come to life has accelerated my pulse. Have you seen what Jeff Goldblum looks like in this thing? Because Jeff Goldblum is dressed like an intergalactic prom queen. Director Taika Waititi has made damn-near perfect movies before (Hunt for the Wilderpeople, What We Do in the Shadows), and if this is half as good as it looks, I’m naming my next dog “Waititi.”

On the one hand, it’s sad that Greta Gerwig doesn’t have more immediate name recognition. On the other, the soul-crushing fame game never chased her into projects that are beneath her. Case in point, we’re about to get her first solo directing gig, which features uber-talented vowel-enthusiast Saoirse Ronan as a teenager in California trying to escape her small town to attend a New York college. As generic as that sounds, knowing Gerwig wrote and helmed this is enough to “ger” my “wig.” The fact that the profoundly brilliant Laurie Metcalf is also involved is but icing on the awesome-cake.

Insert jokes here about how this is a “small indie flick you’ve never heard about” or a desperate plea that Trump and Kim Jong-Un resist measuring nuclear missile girth until after we get to see Luke Skywalker again. New director Rian Johnson inherits a perfect cast, the best semi-sentient robot bowling ball and all of the impossible expectations that come along with taking the reins of the most popular film franchise in history. Rumors and gossip suggesting a twist on par with the Darth Vader “No, I am your father” reveal certainly isn’t lowering expectations. My prediction: BB-8 is pregnant with Chewbacca’s baby. Did I say “prediction?” I meant my fanfiction.

Of all the things to get impossibly excited about regarding writer/director Alexander Payne’s latest, the one that most has my blood a-pumpin’ is his reuniting with Laura Dern. This is neither the time nor the place to talk about how we profoundly need a sequel to Citizen Ruth, but we do dammit! For now, Payne is stepping out his box with this sci-fi-ish social satire about a man (Matt Damon) who gets physically shrunk down to miniature size. The stupidly stacked cast also includes Kristen Wiig, Christoph Waltz, Jason Sudeikis, Margo Martindale, Niecy Nash and Neil Patrick Harris. If you can’t find something exciting about this project, maybe the downsized thing here is your heart.

A new Paul Thomas Anderson movie featuring what is allegedly the last film performance of Daniel Day-Lewis set in London’s fashion scene in the 1950s? Why, it’s everything I could have literally never known or suspected I always wanted. There’s a lot we don’t know about this movie, like if this is even the official title and whether or not it will actually come out this year. The only things that are certain is that it’s going to be perfectly constructed and that every indie-film outlet will go into cinema-induced anaphylactic shock praising it. Probably because it will deserve it.