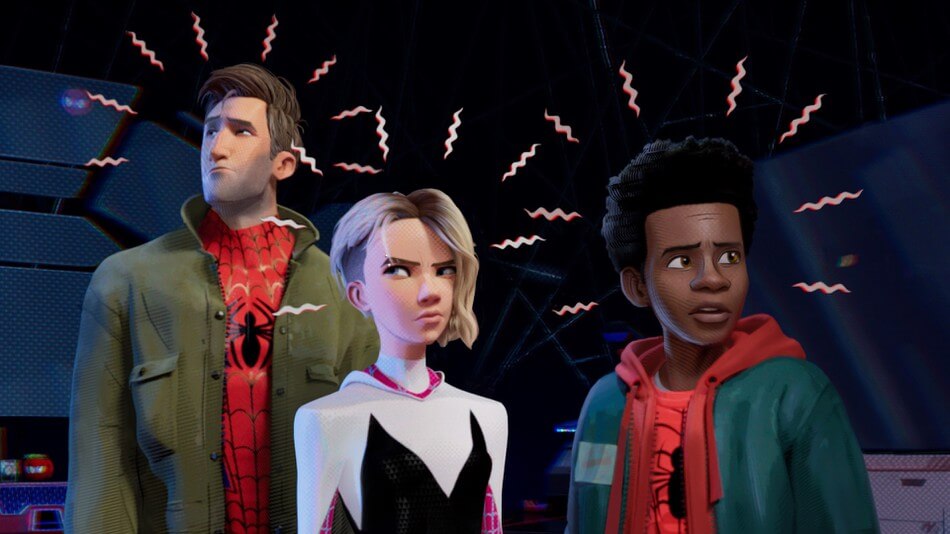 Hollywood tells time only slightly better than it actually learns meaningful lessons about diversity and sexual harassment. For movies, the “summer season” starts as early as February now and lasts through Moneytober, an imaginary date somewhere between the 32nd of August and the Nth of September.

But who cares? Fall movies are where it’s at and have been for a while. Ranking the movie seasons, it now goes Fall, or Autumn if you’re feelin’ pumpkiny; Summer, which done ate up Spring; and then Winter, those frigid months where the corpses of films that t’were best unborn are dumped. As we wait for the elections in November to determine if we’re still at least feigning democracy, let’s get pumped for the top 10 flicks I’m jonesing for this fall!

This year’s gimmick is me comparing my excitement level for a particular film to a perfect fall activity. It’s possible I’ve done this before, but there’s no way you remember.

Earlier this year, nostalgic moviegoers beset on all sides by the inequities of the selfish yelled “Yes! Dear God, yes!” to the question asked by the title of the Mr. Rogers doc, Won’t You Be My Neighbor? Personally, I’m saving my full quota of “well-intended documentary” tears for this look one of the kindest, funniest people to ever do comedy stuff. A whole generation has been deprived of Gilda’s goodness, and I can’t help but think maybe that’s part of the problem.

Fall feeling: Like sitting around a fire pit, listening to your funniest friend make you laugh about nothin’

The Old Man and the Gun

Writer/director David Lowery won my love so thoroughly with his Pete’s Dragon remake that I can’t help but watch his movies despite his enabling of Casey Affleck. This is allegedly Robert Redford’s last movie, which makes your parents and grandparents sad. Still, a coy tale about an aged bank robber is the second best way for the guy from Butch Cassidy and the Sundance Kid to go out. What’s the first way? He was also in All the President’s Men.

Fall feeling: Like watching a sport with your preferred family member(s)

A Star Is Born

This isn’t on my list so much for me as it is for several people I care about who have personally accounted for at least a cool milly of the bazilly views the trailer has gotten. While I recognize the power of the Gaga, I am also assured that some people do not have a violent revulsion to the presence of Bradley Cooper. “That must be nice for them,” I have thought, while rewatching the scenes from Alias where Will Tippin is treated like all people who bemoan the bullshit “friend zone” should be treated.

Fall feeling: Driving around with the windows down and singing “Poker Face” unironically

For a long time, I didn’t truly believe this would be thrust into our unwanting eyes. A movie about a Spider-Man villain without Spider-Man sounds like some “Zero-Stuft Oreos” nonsense. The first trailer looked boring and regular bad. Then came the second trailer, which looked a very special kind of awful and embarrassing. Y’all Tom Hardy is doing a voice that is silly by Tom Hardy standards! Jenny Slate is in this! Venom has booger lines all over him! Could this b the B-movie we’ve b-een waiting 4?!

Fall feeling: Eating candy corn, which is what “so bad its good” tastes, looks and feels like

Director David Gordon Green and writer?! Danny McBride have chosen to “new phone, who ‘dis?” a bunch of previous Halloween sequels. I’d feel worse about using that phrase, but making a direct sequel to a John Carpenter horror movies means making apologies is a dead as Mike Myers prefers his siblings. One of the few truly big name horror movies hitting this fall, this should do money so crazy, Dr. Loomis would get the diagnosis right.

Fall feeling: Getting a Groupon for a haunted house so you feel better paying only $25 to pee just a little in your pants

Either you’re salivating at the idea that they remade Dario Argento’s 1977 horror film about a dance company or you didn’t know Tilda Swinton was in this. Also starring Dakota “Who Even Remembers 50 Shades” Johnson, this hallucinatory and hopefully genuinely campy n’ creepy endeavor should probably be released prior to Halloween, but we don’t tell Tilda when to do things, we just appreciate when they happen.

Fall feeling: Going trick or treating with kids and having a grown-up give you candy too

A battle rap movie that has been waiting almost a year for distribution, writer/director Joseph Kahn’s movie will allegedly “start some conversations,” which used to mean thoughtful dialogue but now just means all caps tweets. Movies so densely packed with words and laced with potent hip-hop aesthetic can be transcendent or problematic, depending on who did the packing and lacing. Either way, it won’t be boring…

Fall feeling: Getting the parking spot someone tried to steal from you at the mall while shopping during the holiday season

Rumor had it that this was supposed to be a Cloverfield movie at one point. I don’t care what field it is from, if you make a WWII movie about Nazis trynna make zombies, I’m gonna see it. Again, it sure seems like Halloween would be a good time for this horror-laced war flick, but I guess the terrors of the third Reich really aren’t limited to one specific season these days.

If Beale Street Could Talk

Writer/director Barry Jenkins’ Moonlight, perhaps the only film to ever win Best Picture at the Oscars and deserve it, was one of the best movies ever made. If Beale Street Could Talk is an adaptation of a James Baldwin novel that looks like it could be even better. No trailer has goosed my bumps quite like this one in quite some time. Easily the most anticipated movie for me this fall season.

Fall feeling: That first bite of your favorite Thanksgiving food

Spider-Man: Into the Spider-Verse

One Spider-Man is among my favorite things. Multiple Spider-Men is even better. Nicolas Cage voicing an animated Spider-Man is gilding the lily in a way only Cage can gild. A generation of kids are going to get to see Miles Morales take on the mantle of the greatest hero ever created, and that makes me almost as happy as me getting to see slew of Spider-Peoples. I have already requested time off from work for repeat viewings and regression to childhood.

You should also be hyped for these films, just not quite as hyped. Like, if you were Flavor Flav, you’d only have a normal-sized wristwatch on.