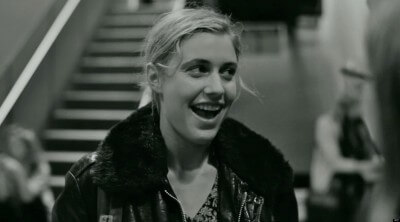 Ever watch the HBO show “Girls” and think, “Boy howdy would I prefer a version of this show where, instead of an obsessive-compulsive, self-destructive lead character who has questionable sexual experiences, we get an adorably quirky gal you just wanna snuggle?” Good news! Writer/director Noah Baumbach and writer/actress Greta Gerwig have crossbred Fox’s “The New Girl” and “Girls,” replacing a dour actress with a whimsical one while retaining a heightened reverence/fear of living in the urban jungle of New York and trying to make art while growing up.

To be fair, Frances (Gerwig) is not “quirky for the sake of quirky” (aka, she does not go “full Deschanel”) nor is she somehow designed as a witty retort to Lena Dunham’s beautifully complex HBO character; it’s just that Frances Ha is speaking to the very same issues as that deservedly acclaimed show. Whereas Dunham’s Hannah adheres to a life-plan of panic and self-destructive compulsion on “Girls,” Frances is an unrepentant romantic.

When her hetero-life-mate Sophie (Mickey Sumner) decides to move in with her frat-boyfriend, Patch (Patrick Heusinger), Frances is forced to explore herself (which sounds dirty but totally isn’t). She lives with a few guys, Benji (Michael Zegen) and Lev (“Girls” star Adam Driver), goes to Paris for a weekend even though she definitely can’t afford it and struggles with how to keep one foot in the artistic dance world she loves while paying the bills. It’s a story of the second “coming of age,” which isn’t the nostalgia-inducing swan dive into the self-discovery of youth but the latter bellyflop into adulthood.

Gosh is Gerwig just delightful. She somehow manages to prevent Frances (and all of her other roles in other films) from falling down the “manic pixie dreamgirl” well. She’s not some derivative boyhood fantasy, no concoction of the effervescent “perfect girlfriend.” She’s awkward in a fundamentally believable way, likely owning to Gerwig’s gift for sincerity. The script isn’t quite as capable, lethargically shuffling along without the kind of razor-sharp wit Baumbach has been known to infuse. Most supporting characters are stale placeholders, few memorable enough to even bother with names.

Although a black-and-white flick about a modern dancer may sound like hipster-fodder, Baumbach avoids it by holding tight to earnestness. Much derided, the hipster culture wouldn’t be so damn irritating if they weren’t habitually aloof. And if there’s one thing Frances seems incapable of, it’s any measure of aloofness.

Frances Ha is a minor work; it’s the equivalent of a quick read. It only has cultural significance when pitted against other, far more vital art. The “Girls” comparison dominates because it feels like the space between these two works is the lens through which to view the modern woman’s “second coming of age,” specifically in New York. Hopefully, reality is closer to the warm-and-tender Frances, skipping and flitting about on stage than the depressed and anguished Hannah mutilating her own body. It’s worth noting, however, that both of these works are somehow considered comedies…