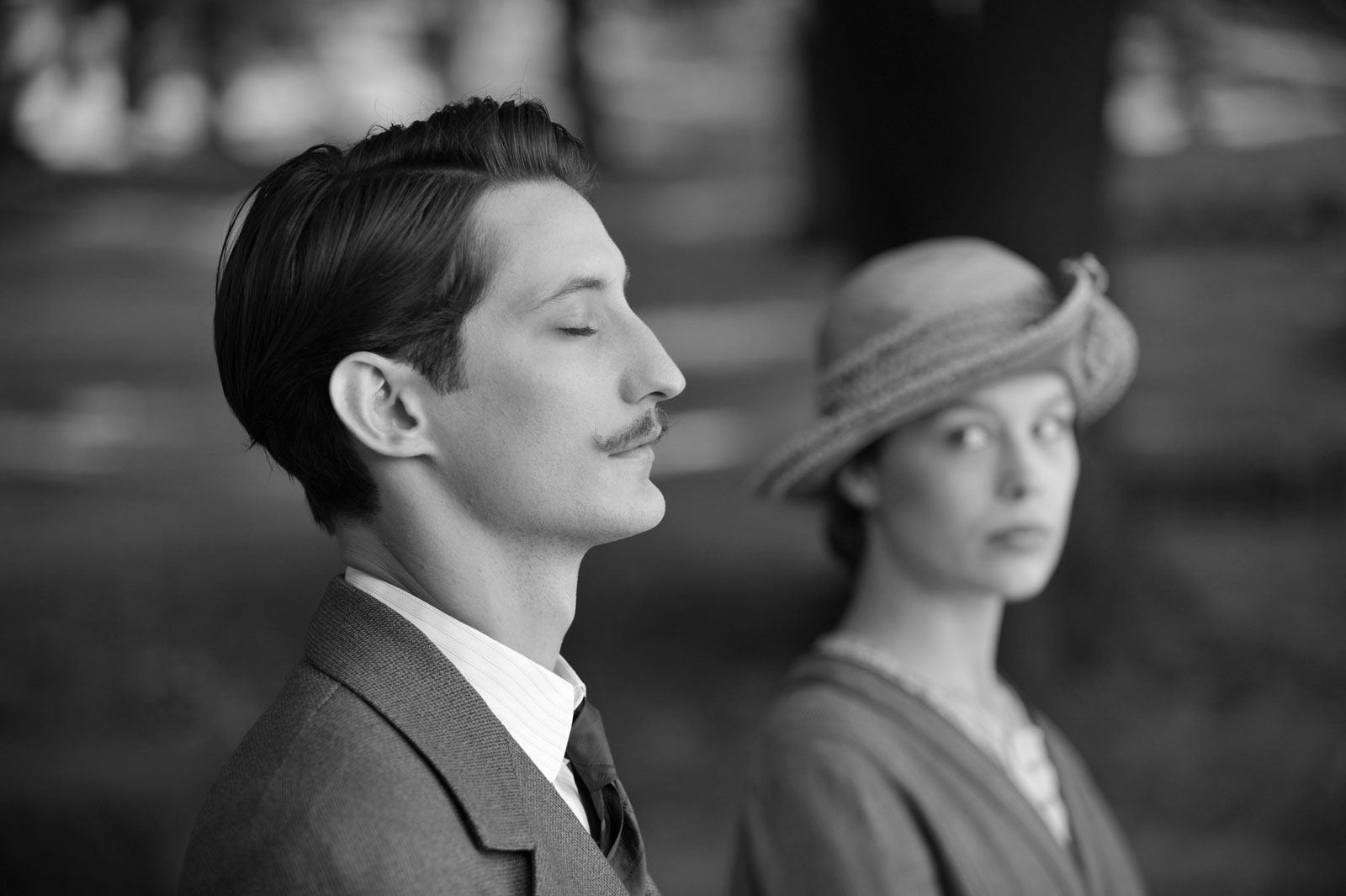 Frantz is one of those rare great films that sort of sneaks up on you. It opens on a sour note, over-relying on a visual cliché, wherein melancholy scenes are filmed in black and white but brief moments of happiness are in color. I even worried when Frantz embarked on a “mystery” that was obvious from the start. Thankfully, it quickly becomes clear that the central mystery of the film isn’t meant for us at all. It’s only meant for the characters. In this context, every scene in Frantz becomes so much more tragic and the film resonates in ways I never expected.

Director Francois Ozon’s film begins in a rural German village still recovering from the trauma of the First World War. Anna’s (Paula Beer) fiancee, Frantz, died on the Western Front, and she’s shocked when his grave is visited by a French veteran who claims he befriended Frantz during a trip to Paris shortly before war broke out. Anna reports the Frenchman’s arrival to Frantz’s parents, the town doctor (Ernst Stotzner) and his wife (Magda Hoffmeister), but their intensely xenophobic reactions inform us just how miserable their lives have become. All three characters have lost the one person they love more than anyone else. Now they seem to exist solely to mourn the dead and resent the living.

Anna convinces Frantz’s parents to swallow their hatred and host Adrien (Pierre Niney), the Frenchman, so he can tell stories of their son’s final days of normalcy. Although they condemn Adrien as a “murderer,” the fact that they quickly come to care for the young man is surprisingly touching. However, in a particularly clever storytelling move, Ozon never quite forgives the characters for their initial bigotry; the introspection they undergo is deeply engaging. Admittedly, I don’t have much patience for stories about bigots learning to reluctantly love the people they hate. But Ozon walks the fine line of explaining their actions without ever apologizing for them. In fact, most of the characters’ actions in Frantz are pretty reprehensible, but the film never makes the mistake of equating understanding with outright sympathy.

Of course, all of this is framed in an entirely different context that I won’t reveal, but I have a feeling that some of you may have already picked up on it. By the time Anna realizes what’s really going on, the fairly stationary film suddenly turns into a sort of “cat and mouse” chase, as Anna travels to France in search of Adrien. There are no weak links in the entire cast, but once Anna’s character is given more room to breathe, Beer’s performance steals the show. Her subtle presentation of grief and survivor’s guilt never feels disingenuous for a second. When her character finally makes a decision that’s destined to split audiences, she’s charismatic in such a peculiar way that both sides of the argument will have plenty of ammunition to debate her actions.

All of this aside, I’m still not excited about the film’s visuals. Frantz didn’t necessarily need to be filmed in black and white, and the brief appearances of color aren’t just a tired technique. The transitions to color even look a bit silly at times. Although the visuals are a glaring flaw, they’re the film’s only glaring flaw. In hindsight, the film’s supposedly “rocky start” isn’t bad storytelling; it’s clever misdirection. I never expected Frantz to be the type of film that would stay with me for days after watching it but here I am. I’m still thinking about Frantz and reaching conclusions I never expected. If not that, what else can a great film do?