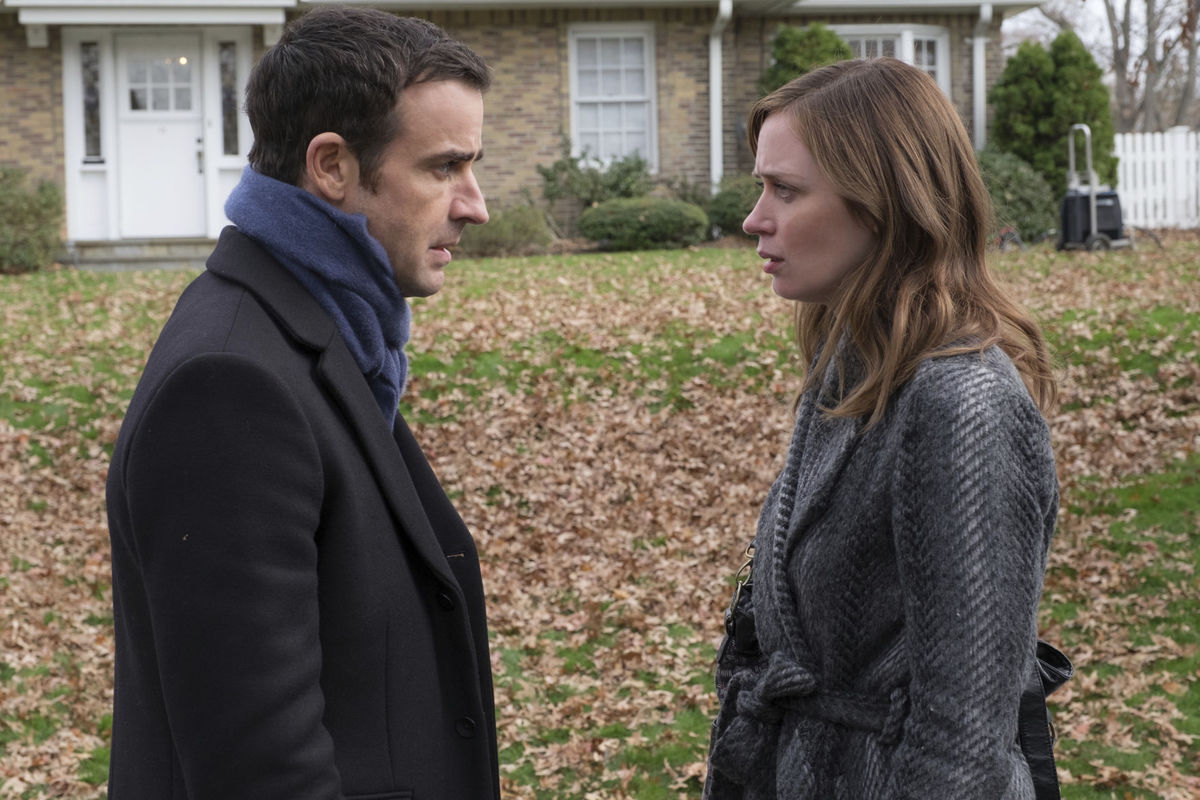 I didn’t read The Girl on the Train. Maybe it’s great. Are there werewolves in it? It seems like werewolves would have made the story better. Or time travel. Or an appearance by Hitler’s ghost. Pretty much anything other than what made it into the film adaptation in terms of plot, story and character. But werewolves in particular would have probably been super neat. Go werewolves!

Emily Blunt, who is immediately forgiven for all of this, stars as Rachel, the drunken titular character whose shame spiral began when she found out her baby factory was on strike. My description there was purposefully flippant, as the emotional taxation inherent in a woman’s inability to start a biological family is handled in the film with all the tact and thought of a wet sparrow fart. Her ex, Tom (Justin Theroux), has successfully reproduced with his new wife, Anna (Rebecca Ferguson), devastating Rachel to the point where all she does for a living is commute, the truest form of hell on earth.

Rachel is obsessed with spying on another couple’s home from her vantage point on the train. Scott (Luke Evans) and Megan (Haley Bennett) seem happy from a distance. Up close, however, their union is a joyless crapfest. When Rachel sees Megan canoodle with a new man (Edgar Ramírez), she dives into the deep end of the bonkers pool, hops off her train, blacks out and wakes up with no memory of what happened. Nonspoiler spoiler alert: Bad stuff happened. If you guessed that there’s a connection between plot A and plot B, you’re way smarter than the writers think you are.

The Girl on the Train is both regular bad and exceptionally bad. It’s regular bad because it telegraphs every “twist” and turn so obviously, sightless audience members could drive the course. But it’s exceptionally bad because the grotesque gaslighting that permeates every scene is treated with such pulpy glorification, such “this could never really happen” nonchalance that the whole thing comes off as a “screw you” to women for whom this kind of thing is not “plot.” Blunt does her damndest, but she’s a talented actress, not a friggin’ magician or script exorcist.

The Girl on the Train is Hitchcock by way of 50 Shades of Grey. It is ugly, stupid and troubling. Contrast this with something like Gone Girl, which coyly skewered popular Men’s Rights Activist attitudes, and it becomes obvious that there’s nothing much worth seeing here. In fact, were it up to me, The Girl on the Train would have been strapped to the tracks.