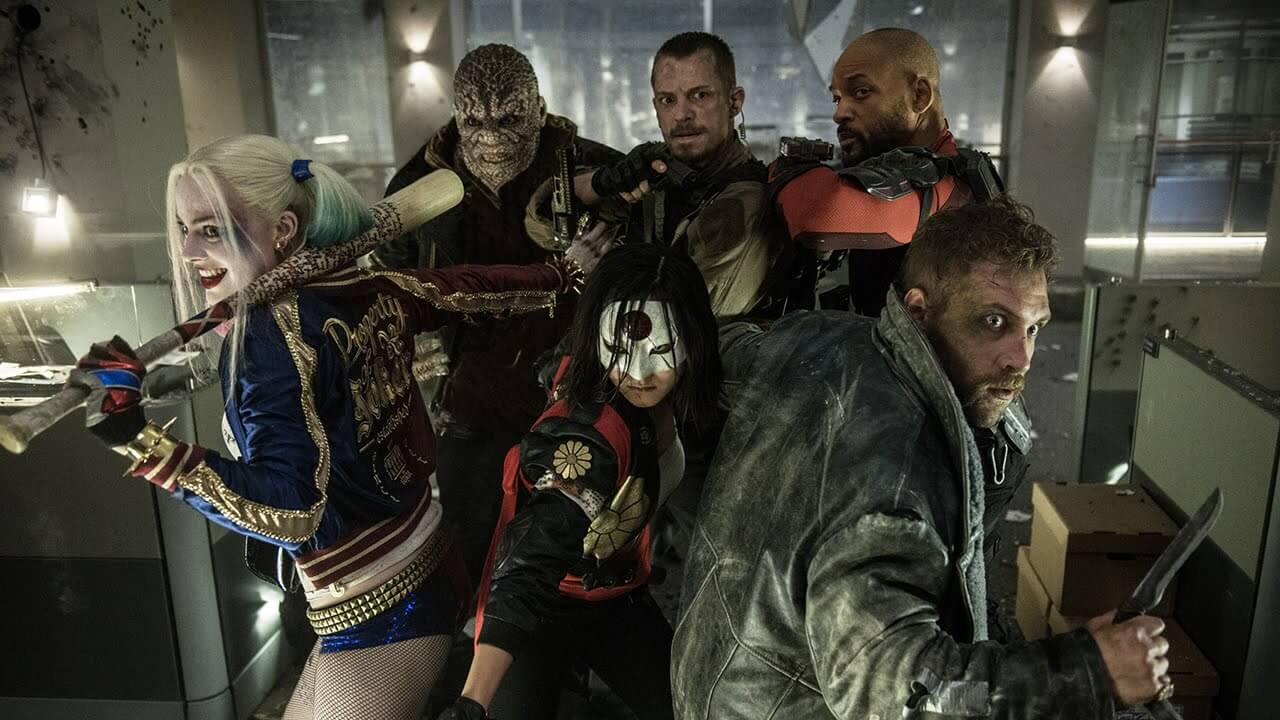 Raise a glass: The magic of movie making is dead.

We don’t just know “how the sausage is made.” No, no, no. Now we press nose to glass on social media, painstakingly devouring every step of the once-secret process. And then we make the sausage-stuffers dance during press junkets, singing about how it felt to cram ground pig anus into casings. To be clear, Jared Leto is the pig anus in this analogy…

Suicide Squad is grade A sausage. It is made from the finely grated leftovers of meatier movies, is unquestionably bad for you and is reluctantly delicious…so long as you don’t think about what you’re eating. Who cares whether writer/director David Ayers got steamrolled by executives into reshoots and reedits?! We shouldn’t know that. All that matters is whether we savor the flavor. And I did. That isn’t to say there wasn’t a regrettable post-sausage burp I felt immediately after.

Suicide Squad spends a lot of time introducing the characters—well, the characters that matter anyway—with flashback mini-movies. We meet Deadshot (Will Smith), the assassin who can’t be all bad because he procreated; Harley Quinn (Margot Robbie), a deranged former therapist who passively promotes domestic abuse through her relationship with the Joker (Leto); Killer Croc (Adewale Akinnuoye-Agbaje), a human effing crocodile; Diablo (Jay Hernandez), a former-gang-banger-turned-pacifist who can shoot fire from his hands, yo; Captain Boomerang (Jai Courtney), whose trademark needs no explanation; the Enchantress (Cara Delevingne), an archeologist possessed by a witch and Rick Flag (Joel Kinnaman), America’s bestest soldier.

Shady government agent Amanda Waller (Viola Davis) turns these imprisoned villains into a black ops squad tasked with defending the country against superpowered shenanigans. Only, they kind of cause the superpowered shenanigans, as the Enchantress and her brother rip open a hole in the sky because…reasons? The script sizzles with its characters, sports some quippy dialogue but shits the bed completely in terms of coherent plotting. It’s basically “you guys go fight those guys. Also, here’s the Joker.” And yet, something about watching well-cast actors smack into stuff like they were action figures played with by malevolent children is positively delightful.

As expected, Robbie is the standout; her endearing-yet-manic murderess makes for a fantastic counter to Smith’s “too old for this shit” gruff mercenary. An opinion I don’t wish to have: Leto’s Joker is pretty damn great. Unlike Heath Ledger’s grounded anarchist take, Leto’s approach is obnoxious by intent; he reminds us the “Clown Prince of Crime” is a self-aggrandizing, abusive douchebag, not a “cool” merchant of chaos.

On a bigger scale, it is easy to slag on Suicide Squad. The film does feel stitched together, radically jumping the tracks on tone without warning and wasting time with characters that need not have been included—cough, Killer Croc and Captain Boomerang, end cough. It’s not an exemplar of the comic book genre nor a foundation from which DC Comics can make an assault on Marvel. It’s a gussied-up, mixed bag of nonsense I found to be dumb-fun not dumb-awful. Honestly, with proper planning, I’d order a second serving of this sausage any day.