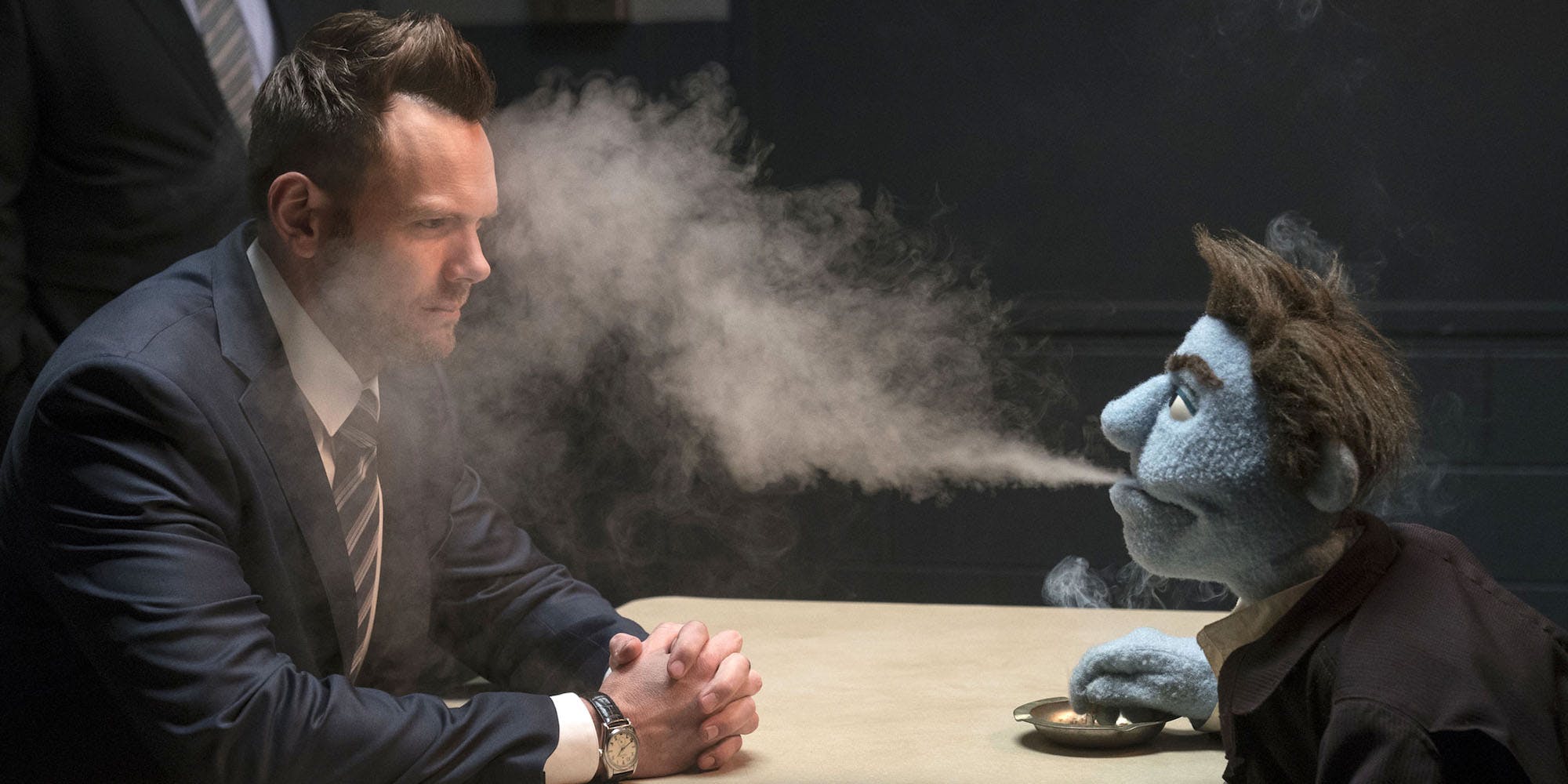 In principle, if not in fuzzy form, Muppets are essentially empathy-education ambassadors. Actively disliking these humor-spewing hand accessories is not a medically recognized criterion for the diagnosis of sociopathy. But it absolutely should be.

That’s why the velvety venom being spat at The Happytime Murders is just another—admittedly very personal to me and totally weird—reminder of just how extinct our collective empathetic reflexes have become. For sure, the movie is just-okay at best when viewed with even the rosiest of Kermit-branded green glasses. Still, considering Marky Mark is currently “acting” opposite Ronda Rousey and teens are getting slenderized by a skinny dude in a suit, it’s not even the worst film released in the last two weeks. As completely stupid and insane as it feels to say, the rabid hatred of a sophomorically vulgar Muppet movie feels like a sign of something joyful we have collectively lost.

Anyway, back to Muppet ejaculation.

The Happytime Murders is F-bomb laden faux film noir nonsense buoyed by humans who palpably revel in the exuberant madness. As is the most deeply satisfying set-up for any Henson movie, the fact that sentient puppets exist among the human populace is presented as a mundane given. They serve as an analogue for any “othered” group here, although race-based metaphors do seem the most Muppety.

Phil Philips (voiced by Bill Barretta doing a B+ Robert DeNiro impression) is the only puppet to have ever served on the police force. Years after he was forced to resign in disgrace, a series of Muppet murders to which he is connected reunites him with his former partner, Detective Connie Edwards (Melissa McCarthy). Aided by his doting secretary, Bubbles (Maya Rudolph), and detested by an FBI stick-in-the-mud (Joel McHale), Phil must confront his ex-girlfriend (Elizabeth Banks) and crack the case, all while characters originally conceived of as children’s entertainment do things Mr. Rogers would not find neighborly.

The biggest problem with The Happytime Murders is the biggest problem with almost every comedy: It deludes itself into thinking literally anybody cares about the story. Writer Todd Berger either didn’t include a high enough quantity of yuks or someone de-yuked too much whilst editing. Director Brian Henson has unfairly been singled out for scorn in the oddly exuberant tsunami of negative critiques despite harvesting spot-on performances from his cast. McCarthy and Rudolph in particular were given the sweet spot of room to improv without devolving the film into feeling like a first take.

The poor joke-to-plot ratio is further hindered by the obvious pleasure the puppeteers and the puppeteers’ puppeteers (Henson and Berger) derived from watching fuzzy creatures curse and do sex to each other. Nonetheless, The Happytime Murders delivers the bare minimum of what was promised and can’t rightly be considered an outright failure for doing so. The paralyzing fear is that the backlash means that we are, once again, about to live through a prolonged stretch where Muppet-based entertainment is nonexistent. That would be bad, ugly news for the lovers, the dreamers and me.