Home » Film » Hard Not to Laika 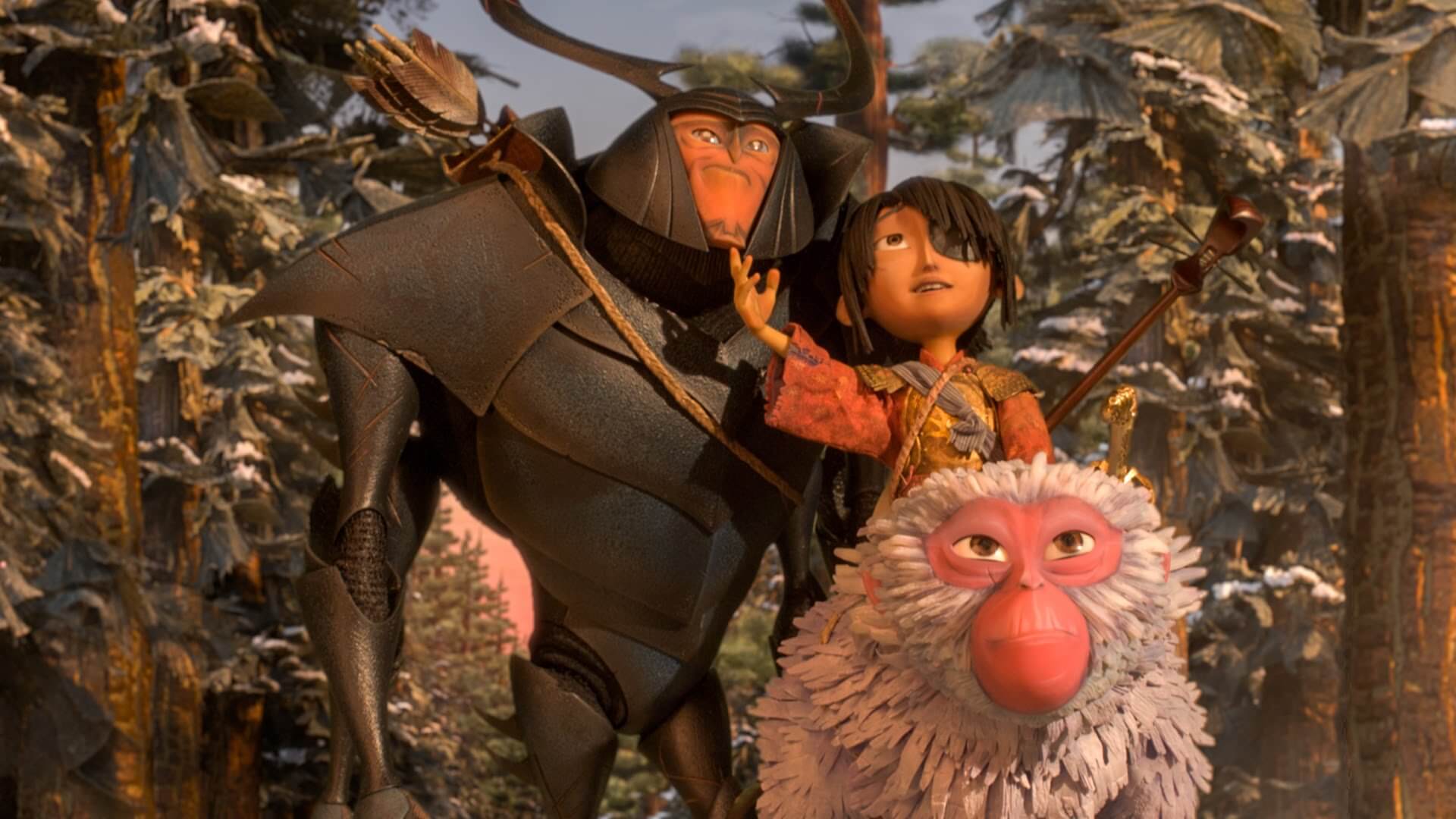 That statement is both an admonition given by rigid mathematics instructors and part of the reason why stop-motion animation continues to captivate. The meticulous, painstaking craft of slowly posing miniature figures requires an effort that simply doesn’t come across when watching computer animation. It’s not to say that the latter doesn’t require intense work and produce quality art, only that the former has a certain hands-on beauty. Kubo and the Two Strings is nothing if not beautiful. Its message may be equal parts repetitive and derivative, but the splendor on display is yet another reason we’re lucky Laika studios continues to do this work.

Kubo (Art Parkinson) is a young boy in ancient Japan who lives in a cave with a mother battling magic-induced dementia, which is notoriously the worst kind. They are hiding from Kubo’s grandfather, the evil Moon King (Ralph Fiennes), and Kubo’s wicked aunts (both voiced by Rooney Mara). When his location is discovered, Kubo must find three separate parts of a magic suit of armor to defeat the Moon King, with only the help of a talking monkey (Theron) and talking beetle (Matthew McConaughey). Essentially, the plot is a video game: defeat several mini-bosses, collect magic rewards and crush the final boss.

At its core, Kubo and the Two Strings is a celebration of storytelling. You know this, because every single character says something about the importance of storytelling almost any time they speak. The moral to this story isn’t a subtly expressed parable; it’s a cudgel used to batter the audience about the head and face. And yet, the artistry at work is so compelling, so imaginative, that the bluntness of the message is unquestionably secondary to the crisp visual poetry.

Early on, Kubo dazzles the villagers in a nearby town by telling a story—hey, there’s that theme again—while using magic music to fold origami puppets and illustrate his tale. Honestly, were the whole film just an extended version of that sequence, it may still qualify as one of the best animated films of the year. The actual battle sequences that occur later throughout are awe-inspiring, especially in context of the animation style used. Watching a monkey fight a chain-whip-wielding witch is only that much more impressive when you realize every tiny action had to be carefully articulated by human hands.

The voice acting, an undervalued component of such endeavors, is hit-and-miss. Theron and Parkinson are great, whereas McConaughey is a distraction to any adults fatigued by his car commercial monologuing. His character is endearing, but his signature drawl yanks those familiar with it from feudal Japan into EDtv. And yet, what dominates while watching Kubo is a childlike sense of wonder and an appreciation of legitimate animated artistry. Unquestionably, Laika wants to make money. But you get the sense there’s something more honest and sincere about what they’re attempting than a simple cash grab. So long as they continue to embrace that spirit, Laika will remain at the top of the animated studio food chain.