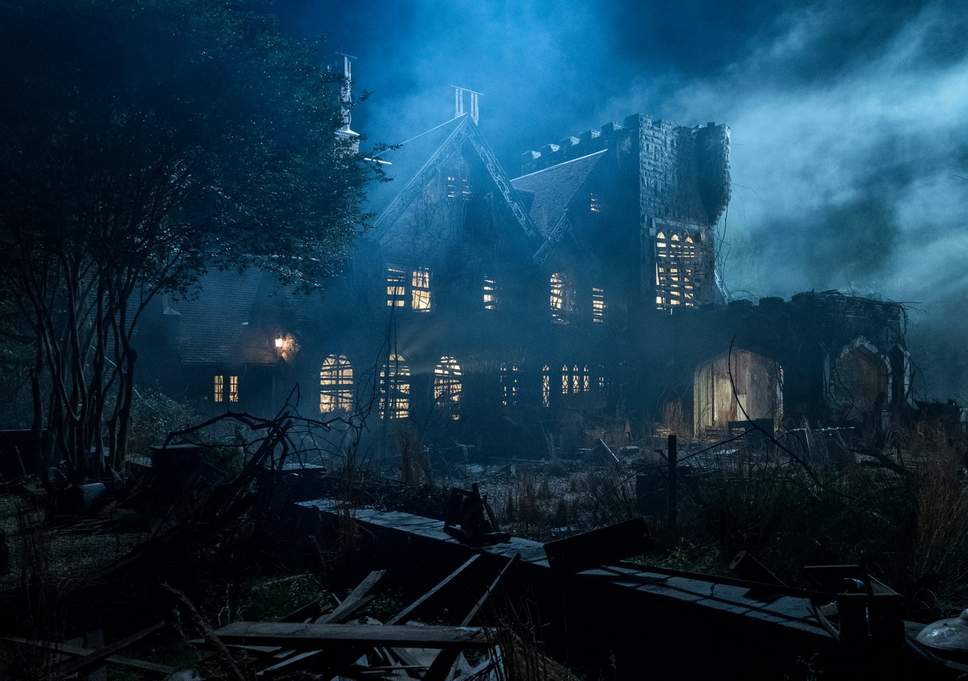 It’s not a spoiler to tell you that the single scariest part of Netflix’s 10-episode original horror series, The Haunting of Hill House, is Michel Huisman’s complete inability to act. Uttering every phrase like it’s the first time he’s been exposed to the very concept of words, Huisman is a human thumbtack, popping a balloon that had been carefully filled with drama and tension in every moment he haunts. Still, only this scene-serial-killer and a reductive—and often icky—male-gaze approach to one character’s sexuality prevents Hill House from placing among the very best shows of this year.

Playing pretty loosey-goosey with Shirley Jackson’s 1959 novel, Hill House owes a not-insignificant debt to Lost. There’s no inexplicable polar bears, but it flashes back and forth between the past and present, dedicates each episode to the perspective of a different character and flirts with elements of time travel. A few decades back, house-flippers Hugh Crain (Henry Thomas) and his wife, Olivia (Carla Gugino), move their sizeable brood into a creepy bad fixer-up mansion that is so obviously haunted AF that the Crains deserve what they get. Seriously, if you’re told up front that the housekeepers won’t enter the house after dark, and you buy the desolate and rotting mega-house anyway, the bogeyman gets to eat your face without remorse.

In present day, the five kids are just all kinds of messed up. Steven (Huisman) is a sad-sack author who got rich exploiting the family’s haunting by writing about it. Shirley (Elizabeth Reaser) runs a mortuary and is up-up-uptight. Theodora (Kate Siegel) has magical powers where she can touch people and kinda read their minds, so she has lots of sex about it. Twins Luke (Oliver Jackson-Cohen) and Nell (Victoria Pedretti) have it the worst; he’s a heroin addict, and she’s hella cursed. Their father, played in the present day by Timothy Hutton, is estranged for maybe, possibly killing their mom. Oh, and if you look closely, there are infinitely terrifying ghosts that lurk in the corners of the screen during innocuous-seeming scenes.

Hill House is insanely captivating, with almost-pretty grotesque elements hung like lovely, creepy decorations on a family tree. It is restrained in an age when the horror genre is often aggressive and almost petulant. Much like Hereditary, which remains among the best films of 2018, director Mike Flanagan uses the genre to tell a story about mental illness, family discord and profound sadness. It’s that last one that makes Hill House something truly special, as so much fiction is uncomfortable spending long periods of time in sorrow. Maybe it’s part of the reason the emotion so deeply terrifies us all. Nobody is happy in this show. Like, ever.

With the exception of a few all-time amazing jump scares, the scares in Hill House reward you for your observation. In fact, even those jump scares are actually narratively telegraphed, if you pay attention to previous scenes when they occur. Long-form, patient horror storytelling is altogether too rare. Good money says that this show gets another season. While the best choice would be anthologizing it, the important thing is that it comes back somehow and that it comes back without Michel Huisman.