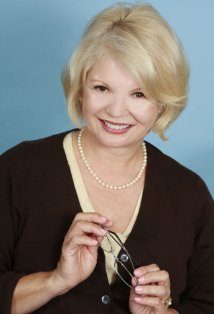 Before CGI, Cecil B. DeMille created a masterpiece when he filmed “The Ten Commandments,” using Jello and toy soldiers to create some of his special effects. It’s a movie that, despite numerous advances in the world of film, has somehow stood the test of time. And Omahans will have the chance to see it on the big screen this Friday at the Joslyn Art Museum for a 60th anniversary tribute.

In honor of the anniversary, film buff and critic Bruce Crawford, who organized the event, also invited special guests Holly Heston and Kathy Garver. Heston is the daughter of the movie’s star, Charlton Heston, and Garver played a slave girl in the film.

I spoke with Garver in a phone interview from her home in the hills of Northern California. She was getting ready to celebrate an anniversary of her own later that day, her 35th wedding anniversary to husband David Travis. She was also dealing with the pesky gopher currently terrorizing her lawn.

“They come to visit us often,” she said. “Along with their cousins and various friends … skunks and deer and rabbits … we live in a veritable menagerie up here.”

Garver is a true California girl. She was born in Long Beach and grew up working on film sets. She met her husband on a tennis court in Palm Springs, though he was actually born right here in Omaha.

However, Garver said she really loves the Midwest and its values. She said you definitely appreciate the hospitality when you’re travelling.

“You can really tell the difference when the plane is going to someplace in the Midwest. It’s always, ‘Oh, let me help you with that,’” she said. “It’s such a lovely difference from what I’m used to.”

This is part of the reason she agreed to come to Omaha for this celebration. She said she believes it’s important to keep history alive, whether it’s an epic movie like “The Ten Commandments” or pop culture, like the sitcom “A Family Affair,” which she starred in as a young adult.

“I liked the whole feeling of the thing, and Bruce (Crawford) promised a very interesting evening,” she said. “And, I want to pay homage to Cecil B. DeMille and “The Ten Commandments,” and to Charlton Heston, who later on in life, became a friend of mine. So that added to it.”

While she was only seven when the movie was made, Garver said she does have some memories of filming.

“When you’re a child, it’s almost like a dog … they operate through their senses,” she said. “So, I remember the smells and the sounds and the feelings, the textures of the costumes … those are very vivid in my mind.”

One very distinct memory she has is of filming with Heston. She said that while she doesn’t remember feeling afraid of being in such a big movie, that scene was a little different.

“Now that was a little intimidating,” she said. “When this big man comes up with a big beard, and asks me, ‘Are you afraid?’ and I said ‘Whoa! Um, yeah.” Garver laughed. “But I always admired him.”

Garver now keeps busy doing voiceover work and teaches some classes on that subject, plus taking care of her family and dogs, writing books, and of course, working on films.

“I have a full schedule,” she said. “Oh, and trying to get rid of gophers,” she added.

In addition to all that, she is also preparing for a 50th anniversary documentary of “A Family Affair,” which is this year as well. Later this year, there’s a showing of another movie she starred in, “The Bad Seed,” in San Francisco in celebration of its 60th anniversary.

“So, I seem to be surrounded by celebration this year, which is just fine with me,” Garver said. “Though I’m only 39, so I’m not sure how it’s such a high number,” she added, followed by her girlish laugh.

*You can see Garver speak at the showing of “The Ten Commandments” this Friday at 7 p.m., in The Joslyn Art Museum’s Witherspoon Hall Theater. Tickets are $23.