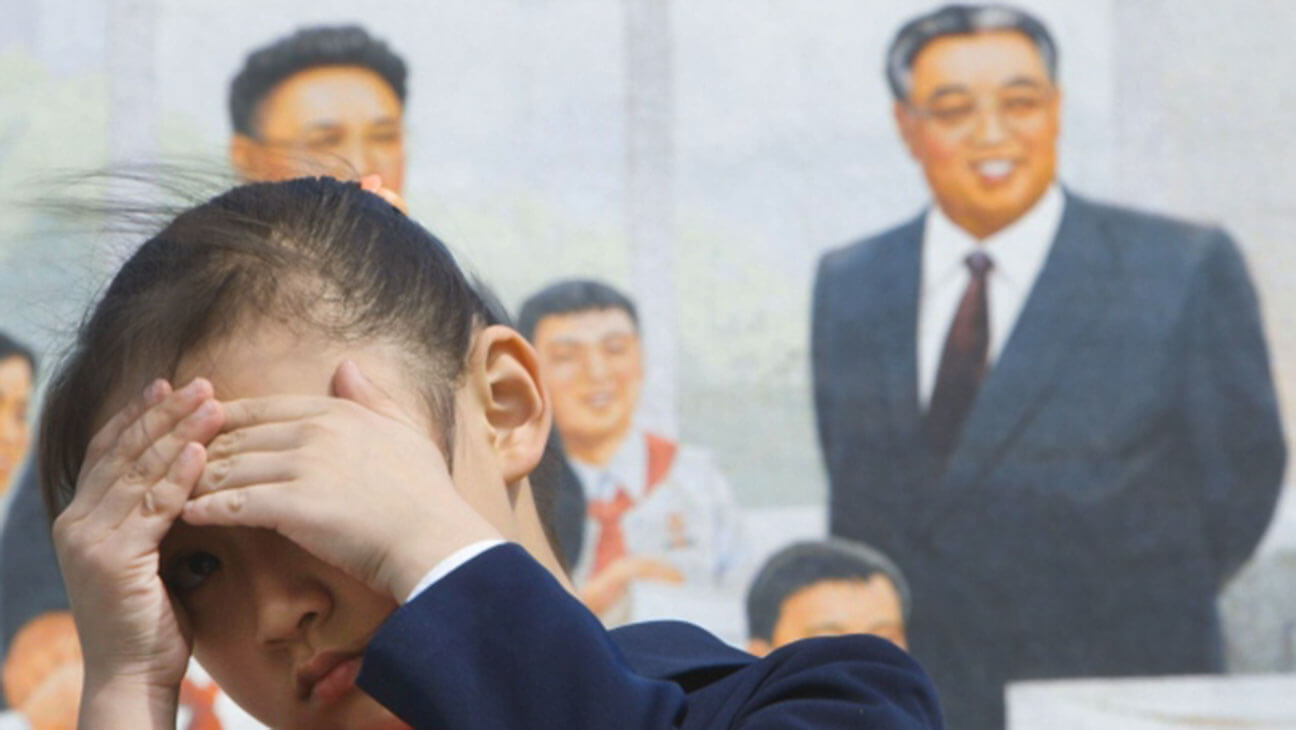 Have you ever asked a friend to take a picture of you, and they forced you to pose for far too long before revealing that they were actually recording video the entire time? It’s a practical joke that endures because people tend to look absolutely bizarre when they’re trying look picture perfect. Well, veteran documentarian Vitaly Mansky pulled a much more elaborate version of that prank on the entire North Korean regime, and the results are astounding. Under the Sun is the best documentary that I’ve seen in 2016.

Despite North Korea being one of the most isolated nations on the planet, especially from Westerners, Mansky was granted unprecedented access to film daily life in the capital city of Pyongyang…under the condition that he strictly adhere to a script written by the regime. On paper, Under the Sun is the “inspiring” story of an average young girl coming-of-age in the big city. Over the course of one year, Manksy follows Zin-Mi as she enters the Korean Union for Children and is indoctrinated into state-sponsored ideology. Just as we become suspicious as to why scene after scene of Zin-Mi’s life seem to passively address common criticisms of the North Korean government, Mansky keeps the cameras rolling.

Between takes, government officials enter the frame to direct Zin-Mi and everyone around her. Mansky wasn’t hired to make an honest documentary, but a propaganda piece. Although the reveal is expected, it’s still shocking to see the painstaking lengths the officials go to when trying to create a perfect image of North Korea. Their directions are eerily reminiscent of Stanley Kubrick, the legendary filmmaker remembered for being such a perfectionist that he’d demand dozens of takes for shots that seemed relatively insignificant. Mansky even catches documentary subjects memorizing their lines, leaving us to speculate whether they’re really just hired actors.

Most of the documentary plays out in long, unbroken takes that were left mostly untouched in the editing room. You’re often slow to realize exactly what you’re seeing, and some of the revelations are pretty unsettling. In one scene, what begins as an unremarkable shot following Zin-Mi’s father through the factory we’re told he works at becomes incredibly eerie after you begin to study the environment. None of the lights are on, there appear to only be three other people in the building and you can’t actually hear any factory work being done. By the time it’s suggested that Zin-Mi’s father probably isn’t a factory worker, you’re wondering if there’s a factory at all.

Under the Sun is a disturbing account of the work that goes into creating a cult of personality, and the effects of propaganda on impressionable young minds. Seeing a little kid essentially brainwashed is never easy to watch, and you’re likely have a sick feeling in the pit of your stomach when you leave the theater. It’s a tough documentary to see, but you’ve got to. Under the Sun is maybe a bit too long, but that doesn’t stop it from being one of the best films of the year.