Home » Film » Save the World, Do Butt Stuff 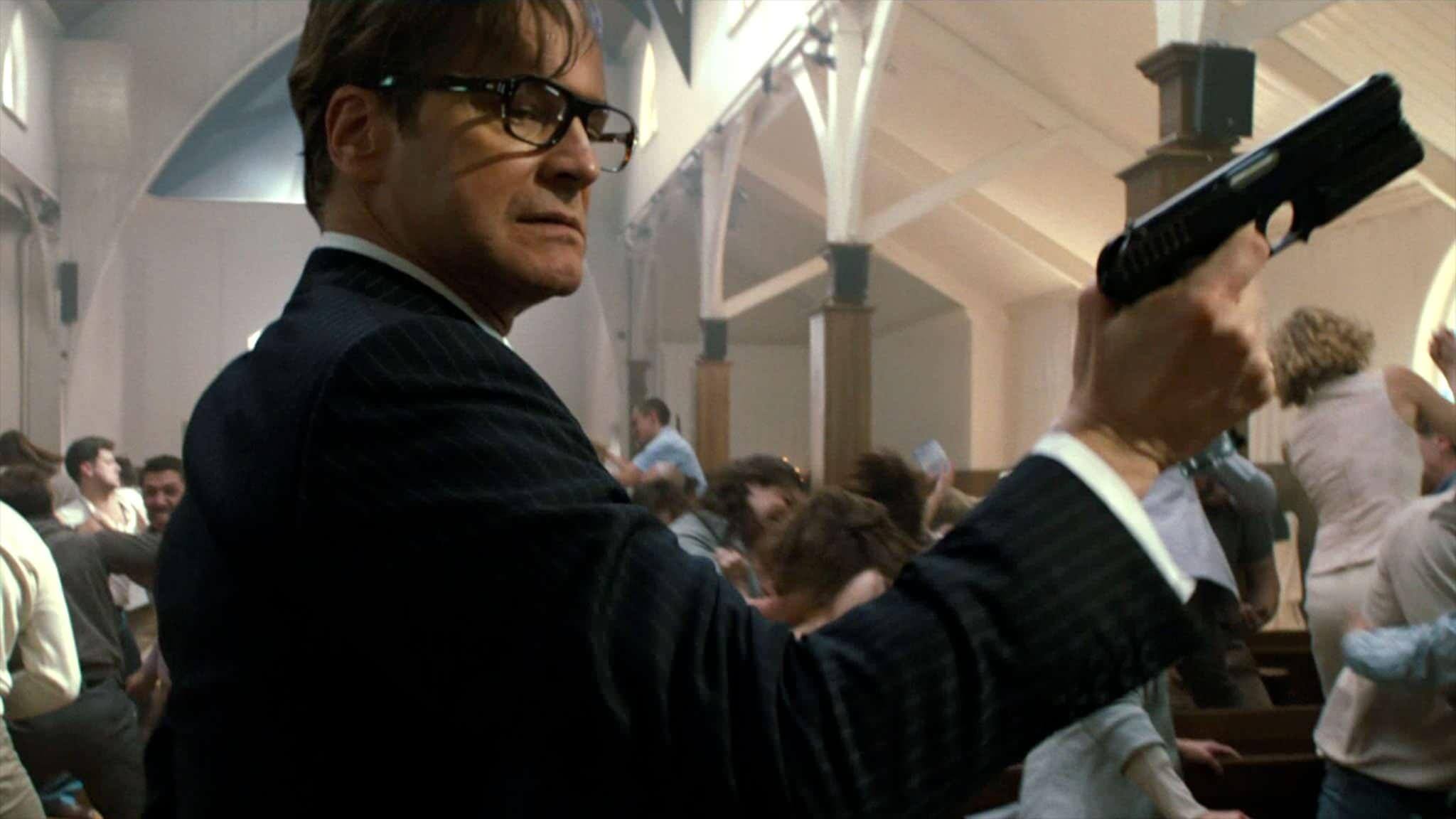 This useless bit of machismo trash is the only thing that captures the latent fratboy misogyny that populates much of the work of comic book author Mark Millar, whose series was the source material for this wacky, 007-inspired action comedy. A brilliant creator of original concepts and clever alternate worlds, Millar just can’t help himself when it comes to including masturbatory humor and juvenile sex fantasies in which women’s bodies are trophies awarded for bravery. It’s unfortunate the film had to end on a galling, tactless shot of a woman offering her ass as a reward, because otherwise, Kingsman is pretty damn good.

The premise is simple: When many wealthy Brits lost their heirs during “The Great War,” they pooled their vast resources to create a secret spy organization that would not only stave off the world’s greatest threats but defend the core concepts of gentlemanly behavior. It’s like the opposite of the modern “Men’s Rights Activism,” in that instead of members who are loud, boorish narcissists that hate chivalry, Kingsmen are quiet, polite defenders of everyone.

Each agent takes a codename from King Arthur “because British.” When an agent is killed, each surviving Kingsman offers a candidate to be tested. Harry Hart (Colin Firth), codenamed Galahad, chooses Eggsy (Taron Egerton), the talented but troubled son of the last agent Galahad recruited, who died saving his fellow agents. Egerton is perfectly cast, in that he lives at the spot the Venn diagram of believably ne’er-do-well and gentleman-at-heart converges. While the agency is choosing its next spy, evil billionaire Valentine (Samuel L. Jackson) and his henchwoman Gazelle (Sofia Boutella), who has swords for legs, accelerate their plan to save the world from climate change by getting most of humanity to kill each other… something we’ve been working on since humanity’s creation.

Until its filthy finish, Kingsman is just-the-right-kind of cheeky. Firth is a revelation, abandoning muted British charm for pure ass-kickery. Director Matthew Vaughn does an incredible job turning the unassuming Englishman into a whirling dervish of death, specifically during a nasty melee inside a church that will undoubtedly rank among the year’s best action sequences. Vaughn understands how to be delightfully naughty, as evidenced by a hilarious and somewhat beautiful head exploding montage.

What Vaughn and co-writer Jane Goldman do here is reminiscent of what Vaughn did the last time he adapted a work of Millar’s. Whereas Kick-Ass asked superhero movies “Why so serious?” and invited them to bring back fun, Kingsman urges James Bond and Jason Bourne to remove their grim, rectally inserted sticks. A brisk origin story that benefits from its globe-threatening, cartoonish villain, Kingsman is an absolute blast right up to the (moment when the Swedish princess offers up her) end.