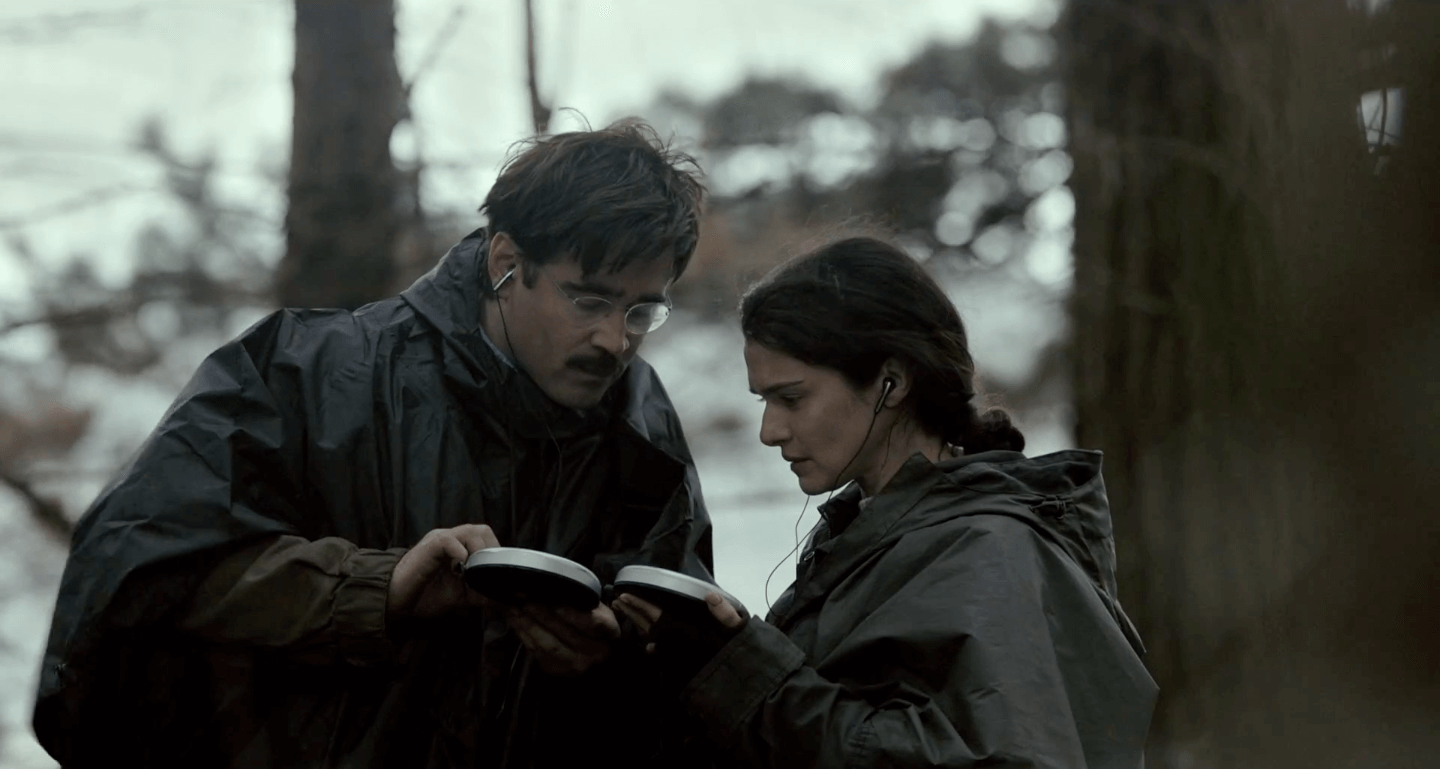 Only a few people closest to me have ever heard my real laugh. Sure, people are used to hearing me chuckle, but that’s because my unrestrained laughter is such an ugly sound that I keep it suppressed. My real laugh sounds like the metallic squeak you hear when you’re in a home with old pipes and someone, in another room, turns on a faucet. It’s a sound that no human should be capable of producing. My real laugh grates eardrums into oblivion, so I hide it. Thanks to The Lobster, which I saw in a packed theater, my horrible secret is out.

Greek director Yorgos Lanthimos’ first English-language film is an absurdist, dark comedy that actually features the “real deal.” The term “dark comedy” is often misapplied to films full of jokes that are mostly just cheap shots at touchy subjects. The Lobster is truly a film that’s hilariously bleak. It presents a dystopia where being single has been outlawed…but don’t try to make sense of it. At first, I assumed singleness was outlawed to encourage procreation, until fully-grown children started appearing as literal tools used to save marriages.

After his wife leaves him for another nearsighted man, bespectacled David (Colin Farrell) has 45 days to find a suitable romantic partner before he’s transformed into an animal of his choosing. Although most people are transformed into dogs, David opts to be turned into a lobster because they’re cold-blooded and have hard exteriors, “just like rich people.” He leaves the City, and checks into the Hotel, a prison that forces him to court another nearsighted wife.

The Hotel is where the dark comedy of The Lobster flourishes. Realizing he’s the only nearsighted person around, David convinces himself that he’s heartless; a doomed attempt at wooing a sociopath. In one of the best scenes, he and a woman “flirt” with each other, as a failed suicide is screaming nearby. It’s not long before the sociopathic woman realizes that David isn’t heartless, and he escapes to the woods to avoid punishment. He joins a rebellion of singles but quickly realizes he can’t stay for long, after finally meeting a nearsighted woman (played by Rachel Weisz).

The Lobster is never subtle. It’s on-the-nose satire about the pressure society puts on us to find romance and the misguided assumption that our “perfect fit” is the person who never asks us to make sacrifices. It suffers the same big issues as most comedies: the plot is a mess, and some of the running gags eventually lose steam. However, Lanthimos overcomes these problems because he doesn’t just use the dark comedy to shock us into uncomfortable laughs. The Lobster actually has something to say.

I’m already planning on seeing The Lobster again, so I apologize if you hear my real laughter throughout your screening. I’m sure the leisurely pace will turn off some viewers early on; so I’ll just let you know that the final pay-off is well worth the wait. The final moments of The Lobster are some of the bleakest dark comedy I’ve ever seen, but don’t worry! After two hours of listening to the unpleasant sound of my laughter, you should able to handle anything.