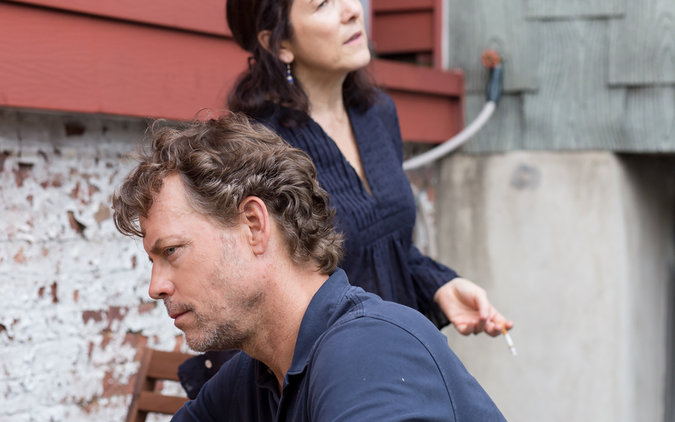 Little Men is slightly better than past catastrophes about bros coming of age, such as The Way, Way Back and Me and Early and the Dying Girl, because the cast is so good. It’s the story of two boys becoming best friends while their parents are embroiled in a serious financial disagreement, and it hits just about every beat that you expect from the get-go. Little Men crams a lot of story into its 85-minute runtime, but none of it is original or exciting. What saves the film from not being quite as bad as its predecessors is that the actors are better than usual, so their characters aren’t as irritating.

Jake (Theo Taplitz) and Tony (Michael Barbieri) are the little men in Little Men, and they’re much less annoying than most protagonists in films about bros coming of age. Jake is a neurotic loner obsessed with building a portfolio of artwork, Tony is a wisecracking Brooklyn kid with big dreams, and both actors have enough chemistry that their rehash of the familiar “odd couple” routine is halfway decent. Even with a lean runtime, though, Little Men feels like a lot of time to spend with just halfway decent characters.

Jake’s dad is Brian (Greg Kinnear), a working actor, and his mom is Kathy (Jennifer Ehle), a psychotherapist. Brian inherits an apartment from his father that’s located above a dress shop, owned by Tony’s mom, Leonor (Paulina Garcia). Jake and Tony feel the fallout of the disagreement between their parents, but neither boy understands adulting, so tension arises. If you couldn’t tell from that summary, Little Men is so blatantly recycled that it’s almost silly. It’s an independent film but it feels as sterile, heartless and redundant as any bad studio film.

Most of the grown-up actors in Little Men are good enough. Just like the kiddos, they’re not as irritating as past incarnations of their characters. That’s partly because director Ira Sachs never gives the parents enough breathing room to let them be irritating. Their story feels less like supporting material to create conflict between the boys, and more like a throwaway to fill runtime. There’s definitely a sense that the movie is just biding time through the parents’ scenes. Still, I will always take underdeveloped, uninspired, or bad over obnoxious and tortuous. Little Men is bad, but I’ve seen worse.