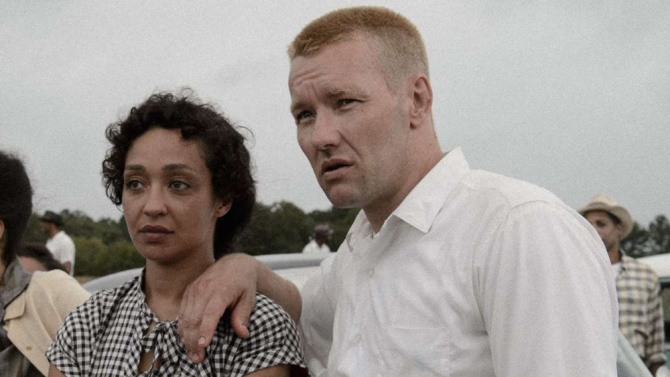 What better time of year to see a film that packs an emotional gut punch—for the wrong reasons—when your gut is more full of food than ever… Am I right?!

I’m sad to report that Loving isn’t just disappointing or bad, it’ actually quite terrible. The third film in a row by director Jeff Nichols (Mud, Midnight Special) to somehow get glowing reviews despite being horrendously awful, Loving is an ugly disservice to incredible real-life story it fails to depict with any “heart” whatsoever. I was so excited for Loving, but it’s the most disappointing film I’ve seen this year, so far.

Based on the landmark Supreme Court case that made it unconstitutional for states to ban interracial marriages, the only great parts of Loving are Ruth Negga and Joel Edgerton. They’re close to perfect as Mildred and Richard Loving, the interracial couple exiled from Virginia after getting married and raising a family in the 1960s.  Obviously, Negga steals the show, but Edgerton isn’t far behind. I used to think Edgerton was the same ilk of interchangeable, boring leading men as Sam Worthington and Jai Courtney, so kudos to the actor for some seriously awesome performances lately.

Unfortunately, Nichols proves once again that he can’t do anything goodly. Negga and Edgerton get absolutely zero support from the film around them, which is an unmitigated disaster of scrambled storytelling, clumsy characters and many other alliterative zingers. On top of all of that, sprinkle some painfully problematic comments about race that a tone-deaf white guy obviously came up with, and you’ve got a film that’s sometimes unwatchable.

Negga and Edgerton manage to drag the film, kicking and screaming, into halfway compelling dramatic territory for about 45 minutes, before a time jump at the end of the first act indicates the precise moment when Loving stops giving a shit. Nick Kroll, one of the dudes from FX’s sitcom The League, arrives as comedic relief in the form of a bumbling ACLU lawyer, and it’s almost impossible to sit through his bits. He shouts his lines in an indecipherable accent that I think is supposed to be Southern but sounds like a combination of everything but. His appearance just trashes whatever Loving has left going for it.

Oh yeah, and Michael Shannon shows up in the film, too. I have a feeling his cameo was Nichol’s attempt to look behind the curtain of an iconic moment in history but, of course, it’s completely flat and Shannon’s presence is distracting. Quite frankly, I hate that I don’t like Loving. Ideally, critics walk into films with clean slates, but I’m only human. I can’t help but get excited for some films more than others. Although Loving is bad enough, it’s even worse that it seemed to have so much promise. I’ve seen worse films in 2016, but Loving is definitely the most disappointing.