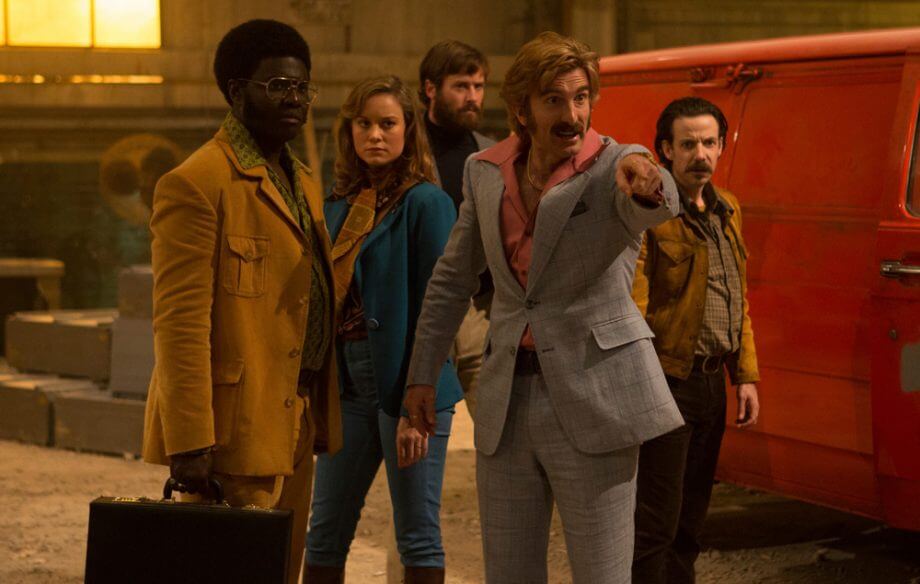 Just when you thought it was dead and buried, last year’s reanimated corpse digs its way out of the grave to eat your face off in the form of my Top 10 Films of 2017! Before it finishes you off with a chomp on the jugular, last year is gonna gnaw on the bridge of your nose for a little bit longer with a painful reminder about its worst films.

Well, this is awkward… Universal Studios already made plans for years of crossover franchises starring classic movie monsters before The Mummy crashed and burned. They even came up with a nifty little “Dark Universe” logo that we’ll never see again. Still, I’m not sure Universal is quite ready to give up. After 2014’s Dracula Untold didn’t launch “Monsterverse” and The Mummy screwed up “Dark Universe,” Universal will probably keep spending big money on reboots of “creature features” that spinoff into more reboots of “creature features” until one of them finally sticks.

There were plenty of worse films in 2017. None of them were as egregiously overhyped as The LEGO Batman Movie. Despite toothless satire and recycled jokes about comic book lore that nerds have been telling each other for years, millions of fans somehow praise The LEGO Batman Movie as “the definitive” on-screen depiction of the Dark Knight. Seriously. It’s precisely the type of soulless cashgrab masquerading behind cheap “inside jokes” that infuriates me when films do it to my favorite characters, so I can’t wrap my brain around such enthusiastic reactions from fans.

There’s a comic book prequel to Kong: Skull Island that tells the story of all-out-war between King Kong’s family and every giant monster on Skull Island. Where the f@#k is that movie?! Instead, Kong: Skull Island is the most bizarre movie on this list. Director Jordan Vogt-Roberts—recently accused of alleged harassment, by the way—insists he wanted to “up the weirdness” of the Kong franchise, but I don’t think he meant to make the most wildly uneven film in years. Forget scene-to-scene; this movie couldn’t figure out its tone from shot-to-shot.

17 years. 8 movies. We never saw Hugh Jackman wear Wolverine’s iconic costume. Not once! Why are folks okay with that? If Christian Bale never put on the cape and cowl to play Batman, we’d still be outraged. Again, there were plenty of worse films last year. Logan was the only one that broke my heart. Too often, dark and gritty superhero films feel less like bold, new takes and more like self-loathing about their goofy source material. Logan is the ugliest, most cynical type of superhero film there is.

A few seconds into Baby Driver, I realized something was very wrong. Every so often, a film comes along and tunes into exactly what I loathe about movies. It’s a bit hard to talk about Baby Driver because all that I can tell you is that I hated everything about of it. Everything. I know that sounds lazy but I really mean it. From its broad strokes (the soundtrack sucked) to its minor details (the lead character’s jacket looked stupid), everything about Baby Driver pissed me off. It’s one of the worst films I’ve ever seen.

Now that there’s just a red, fleshy crater where your nose used to be, it’s time for 2017 to finally taste what’s making your cheeks so darn rosy. I try to save my honorable mentions for films released much earlier at festivals but weren’t widely accessible until late last year. Writer/director Liam Gavin’s A Dark Song (check it out on Netflix) is a beautiful and heartfelt horror movie that deserves to find a cult audience.

After my “Best of” 2015 and 2016 lists included multiple films in the Marvel Cinematic Universe and Star Wars franchises, I tried to make a rule for myself that I would take them out of the running all together and signal-boost smaller films instead. That would have been very noble of me. Sure… But I can’t help it that these films are legitimate-as-hell artistic visions. Spider-Man: Homecoming gets so much love for being such a fun film that it’s easy to forget that it’s also a truly great film.

No ending in 2017 was as satisfying as the very last image in Menashe. It would probably sound like a pretty typical drama about a father fighting for custody of his son if it weren’t the first-ever film produced in America’s most reclusive Hasidic Jewish community. You wouldn’t think it, but Menashe is precisely the type of story for which the medium of film is perfect. It’s not the plot that enriches the story, but the sights and sounds. It all builds up to a final shot so impeccably placed that you won’t believe a film this small could have such a big moment.

How do you make the bleakest exploration of faith and religiosity ever made even more personal for me? Put Xenomorphs in it. Not perfect yet? Well, you better toss in a few of my favorite actors for good measure. There was some hoopla among nerds when Alien: Covenant was released. Many simply couldn’t figure out why anyone would try to cram big ideas about religious faith into a monster movie franchise that never previously explored the topic, while others dug it. Obviously, I’m very much in the latter group.

7 – The Killing of a Sacred Deer

This is the type of film that could only ever be directed by a guy with a name like Yorgo Lanthimos. The name “John Smith” simply wouldn’t fit. It became the best dark comedy since Lanthimos’ previous film The Lobster (2015) by being relentlessly funny—and I do mean relentless. The film tortures you with uncomfortable jokes until you can’t help by laugh out loud, then it just keeps going. There’s never a moments rest. The knot in your stomach keeps tightening until the next belly laugh… Wash, rinse, repeat. It almost hurts. I love it.

Whose Streets? is historic. The first film by black filmmakers about the events in Ferguson, Missouri following the shooting death of unarmed black teenager Michael Brown by a white police officer isn’t just full of excellent filmmaking—it’s the point-of-view on these events that mainstream media has been sorely lacking. If you (wrongly) disapprove of protests against racist policing or the Black Lives Matter movement, still give Whose Streets? a chance. Even if it doesn’t change your mind, you can’t deny this film’s thoughtful contribution to the discussion.

Because of course Get Out is on another Top 10 list.

The best Star Wars film ever made is upon us! Star Wars: The Last Jedi was a perfect expansion of groundwork laid by The Force Awakens. My favorite part wasn’t the saga’s best acting, writing or lightsaber duels, but the confirmation that Lucasfilm is doing right by the new trilogy. Too often, we refer a movie with two sequels as a “trilogy” when the sequels are essentially standalone installments. The Last Jedi is a definitive middle chapter and I can’t wait to see what comes next.

It should tell you something that the Marvel Cinematic Universe didn’t really know what to do with the Thor franchise until director Taika Waititi came along. One of the best filmmakers working today, Waititi was the perfect choice who nobody saw coming to finally give Thor his own distinct personality—and my God! He created the first MCU film that I can picture actually influencing other filmmakers. The only bummer is just how tame the next Avengers film looks compared to this. Props to Thor: Ragnarok for making the MCU step up its game.

2 – War for the Planet of the Apes

Here’s a film on the flipside of Logan: a grim, brutal take on ridiculous material that makes it feel like we’re actually getting somewhere. War for the Planet of the Apes perfected motion-capture technology. I’ve seen countless computer-generated characters rendered extremely well, but this was the first time I really felt they were real. Putting CG characters in a film this earnestly dark was only ever going to work if they looked flawless, and so they did. It’s “Apocalypse Now but with apes,” which could have gone so wrongly. Instead, it’s better than Apocalypse Now.

This is one of the 20 best films I’ve ever seen. The feature-length shootout is pure audiovisual storytelling that couldn’t possibly work better in another medium. To me, that’s the mark of greatness. Free Fire relies on tools and techniques distinct to film, and the results are entertaining as hell while also taking time to be a clever parable on the boyish stupidity of gun violence. I got such a kick out watching two teams of immature dudes, and the one woman forced to suffer their bullshit, treat a shootout like a snowball fight. Hopefully, more films in 2018 will take notes from this uniquely cinematic experience.