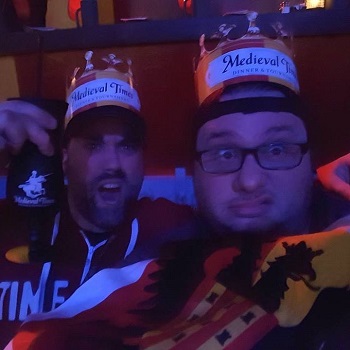 Social media was seemingly invented because writing “eat shit” on a rock you throw at someone’s head has a limited range. Billed as an “online water cooler” and treated like a sketchy freeway underpass, film critics in particular almost never hear from the people who actually agree with their reviews on the Facebooks and the Twitters. Dreams of discourse may dance in our heads, but reality is not an internet-based dialogue unpacking cinematic nuance. Instead, it is criticism of criticism, almost exclusively centered on a takedown or dislike of the person writing the content.

To be clear, this is totally fair and comes with the privilege of getting to professionally review material. Agreeing to a critic’s gig is willingly sitting on the dunk tank swing, smiling while passersby chuck rotten tomatoes at a bullseye hoping to depress you. If you don’t like it, quit, as literally everyone you’ve ever met thinks they can do it better. However, because this issue is centered on politics, it does seem like a good time to at least respond to one of the major refrains repeatedly hummed by people who think I suck.

Objectively, I Object to Objectivity

Although this is a teensy bit tangential, it should be noted that a full therapist’s notebook worth of people seem to think I’m an arrogant dingus. Dingus? Certainly. Arrogant? I can only promise that nobody questions my critical credibility and ability any harder than I do. I just pray that the perception of aloof egocentrism is only a byproduct of my “reviewer’s paradigm,” which just like “Gangsta’s Paradise” starts in the valley of the shadow of death…

Weaned on the wit of Roger Ebert, I grew up feeling like the best of film criticism not only widened a dialogue and helped define art by engaging it but was also, you know, entertaining. Even the ultra-mostest sincerest of reviewers is sheltered under an umbrella of some kind of persona. Nobody is truly themselves operating under a word count. That said, the best of us at least try to deliver educated opinions in a way that’s ideally as fun as possible, filtered through our own genuine, unique lens.

I believe that a genuine, unique lens has to include politics.

Our politics are our opinions. Our reviews are our opinions. Therefore our reviews are our politics. I SAT on that one. Hilariously, some of the same people who violently argue that well-proved, cold, hard scientific facts are debatable subjects urge critics to quest for some kind of mythical objectivity when reviewing. Those of us tasked with grading and evaluating art have a responsibility to provide an educated, informational assessment, but anyone who says they’re doing so divorced of personal bias is a duck in a human suit lying to try and get bread.

Part of the reason angry online dudes—and yes, they’re always dudes—demand objectivity in reviewing is because film criticism frequently appears in newspapers and magazines. It makes sense then why some people mistakenly think the same standards of journalism should apply. Not all parts of a journalistic outlet are the same, and I’m not just talking about whoever The Atlantic hired and fired this week.

Of course the publication makes a difference. You can’t get away with the preposterous bullshit I am given the latitude to engage in here at non-alternative news outlets. I once made a joke about Viggo Mortensen having sex with a horse in a film review’s headline. I believe that the World Herald frowns on bestiality puns. However, if you show me enough work by any critic who is being thoughtful, genuine and engaging, I can tell you their view of the world and, thus, their politics. What working for an outlet like this beautiful bastard allows me is the freedom to be more explicit, both in a literal cursing sense and in a tangible political sense.

What I’m saying is that not every critic has the ability to nakedly extrapolate their cinematic critiques into meaningful real-world applications. But I do believe that the best reviewers in every medium refuse to shy away from honest ownership of their overall perspective on life itself. To preemptively address the “Arrogant Dingus” contingent: This doesn’t mean that I consider myself among the best reviewers. I just aspire to be like them. I’m a wannabe.

This is all a very long way of saying that, to me, engaging art in a meaningful way means not divorcing it from the world in which it is created. I’m not “politicizing my reviews,” I’m just trying to contextualize them as best as I can. Journalism has a responsibility to be objective. As a critic, I have the opposite directive.

I’m confident this will all be well-received on social media.