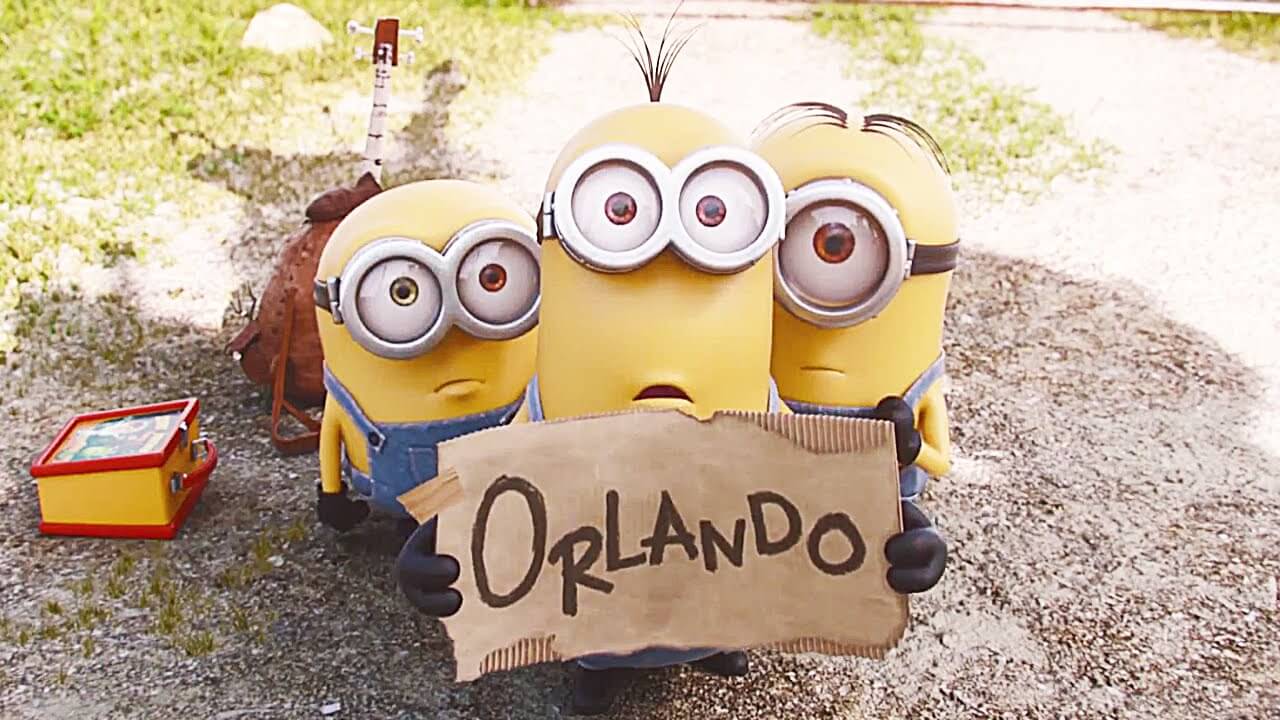 The Lego Movie being somehow good ruined our ability to completely dismiss a film’s concept upon first hearing it. Who knows, maybe Minions would be infused with the same cleverness, the same all-ages wonder and fun? In the first 10 minutes, a pill-shaped living Twinkie lifts a block of ice over his head, farts and then gets smushed by it. So…nevermind…

Writer Brian Lynch’s Minions isn’t as bad as that woeful scene would suggest, although the creatures unique biology does somehow strip them of genitals whilst leaving them buttocks for tooting and exposing. The opening sees the evolution of the Minions; apologies to Mr. Darwin. Essentially, the organisms survived by serving the biggest, baddest creatures they could find. Because they weren’t particularly good at serving them, said big bad creatures usually died due to Minion-related accidents.

Fast forward to 1968, and the yellow nuggets haven’t had a big bad villain to serve for so long they have become as woeful and forlorn as a film critic assigned the new Adam Sandler movie. So three brave members of the tribe—Kevin, Stuart and Bob—venture into the modern world to find a leader. They wind up being henchthingies for Scarlett Overkill (Sandra Bullock), whose pseudo-feminism in bragging about being the first woman to break the supervillain glass ceiling is betrayed by her obsession with being a “princess” and fawning over her tool of a husband. Tasked with stealing the Queen’s crown, the trio of jelly bean-shaped gibberish-spewers find themselves in increasingly ridiculous positions, like Bob briefly becoming the King of England.

Minions lands somewhere between “meh” and “madcap.” The subtler jokes hit hard, with things like British police officers pouring themselves a spot of tea while in the middle of a high-speed chase. The plot is flimsy, sure, but this is targeted toward a demographic that considers farts plot points. It’s certainly busy enough to never be boring, with the Minions perpetually involved in some Rube Goldberg-esque sequences of stumbling and bumbling action. But unlike animated fare that is truly exceptional or transcendent, there’s nothing really going on under the hood here. Lynch doesn’t even try for a light moral or brief emotional resolution.

The first Despicable Me was an intriguing concept because it was a children’s movie that chose to make the supposed villain the lead. Each increasing installment has softened that premise to the point where it’s now just about characters we remember doing wacky crap. It’s fitting that the Minions are so short, as directors Kyle Balda and Pierre Coffin went straight for the low-hanging fruit, opting to play up the silly and adorable nature of creatures that frankly aren’t that interesting. Considering that this prequel is a full-length feature film about characters incapable of coherent dialogue, it certainly isn’t as miserable as the calculated nature of its creation suggested. What a ringing endorsement, right? Minions isn’t an ugly cash grab, it’s a somewhat pleasant cash grab.