Home » Film » A Tune Worth Carrying 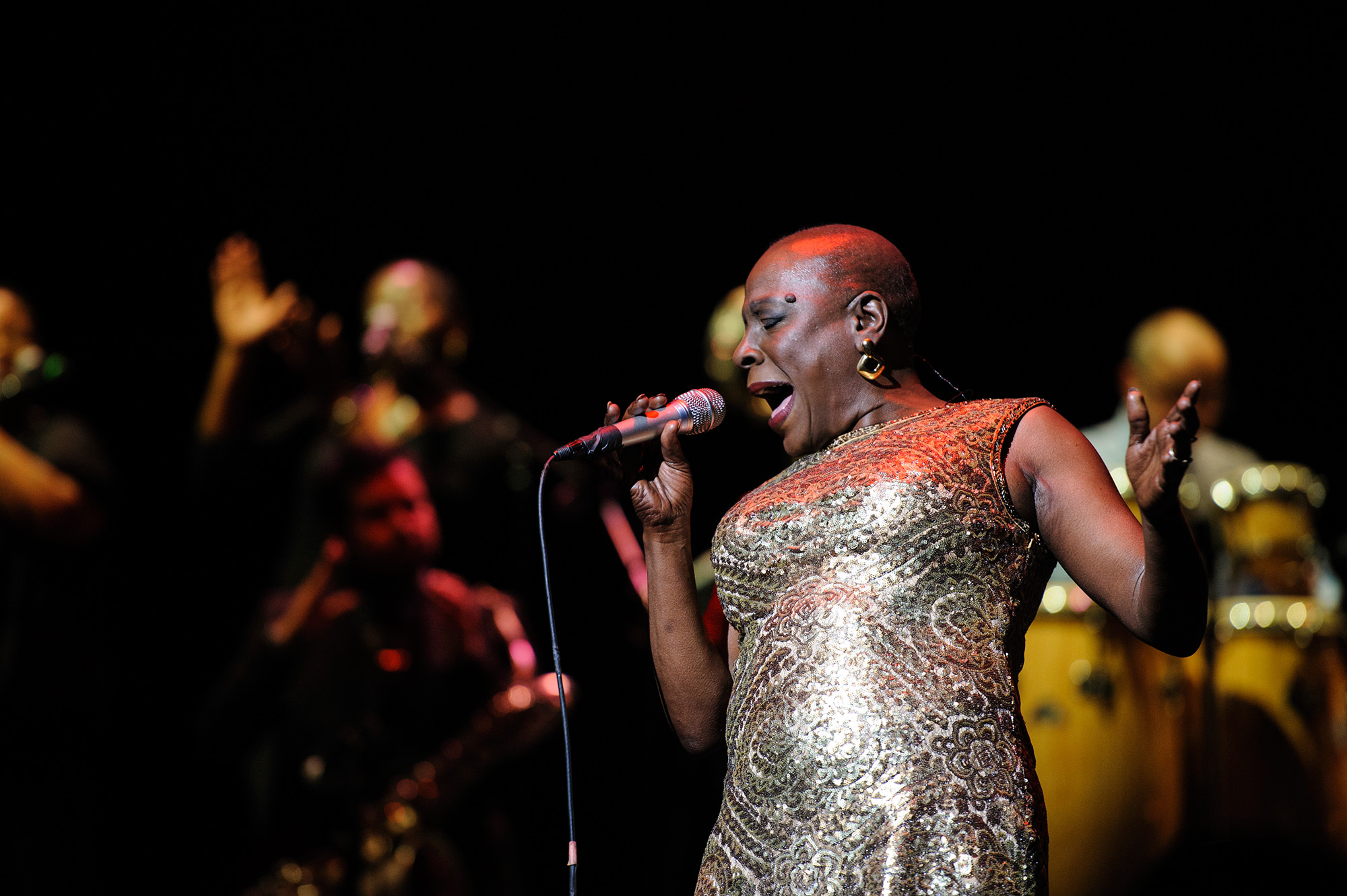 Sometimes, a song is good enough that you don’t mind when it gets stuck in your head. I’ve had a cover of “This Land Your Land” by Sharon Jones and the Dap-Kings stuck in my head since 2009. That probably sounds tortuous, but soul singer Sharon Jones’ voice is so powerful I don’t mind hearing it on constant mental repeat. Interestingly, I didn’t know Sharon Jones and the Dap-Kings performed the song until I started seeing trailers for director Barbara Kopple’s documentary Miss Sharon Jones, which is part of the film’s point.

Although Sharon Jones and the Dap-Kings have gained a cult following in the 20 years since they started performing together, the soul group never had a radio hit. They’ve played on every late-night talk show, toured the globe a few times and even won a Grammy award in 2014. But their music never took the airwaves by storm. That’s probably because you only hear terrible music on the radio… Another reason you don’t hear the group on the radio is the same reason why Jones is so endearing to her fans: she’s an unconventional performer.

Miss Sharon Jones begins with the singer crying as a barber shaves her head. In 2013, Jones was diagnosed with pancreatic cancer, and the documentary follows her year-long battle with the disease. For a singer who didn’t release a record until she was 40 because of clueless producers, and then didn’t stop touring for two decades, a hiatus from her music career devastated Jones almost as much as the cancer itself.  In Miss Sharon Jones, you see why fans gravitate toward her music. It’s not just her incredible voice but also her personality, which empowers everyone around her.

Miss Sharon Jones is a rare profile that makes it feel as if you’re in the same room as its subject. You really do forget that you’re watching a documentary and start to think that you’re hanging out with the singer. Jones has such an exuberant, magnetic personality that she jumps off the screen during her first appearance and grabs your attention for the rest of the film. As many biographical narrative films that we’ve seen about singers, I’m sure that only a documentary could truly capture Jones’ essence. Jones is truly a unique person, and Kopple does an excellent job at presenting the singer in a way that makes her resonate much more deeply than just another “quirky artist.”

The documentary stumbles a bit during the few moments when it focuses on Jones’ colleagues. I’m not sure whether we needed to see interviews with some of the Dap-Kings, and I’m almost positive that we didn’t need to see an interview with Jones’ assistant manager. Such moments feel tacked on and don’t tell us anything that Jones couldn’t. Still, they can’t really bring down a great documentary or the charisma of the amazing personality at the center of it. Now, if you’ll excuse me, it’s time for me to put on my headphones and get more songs by Sharon Jones and the Dap-Kings stuck in my head.