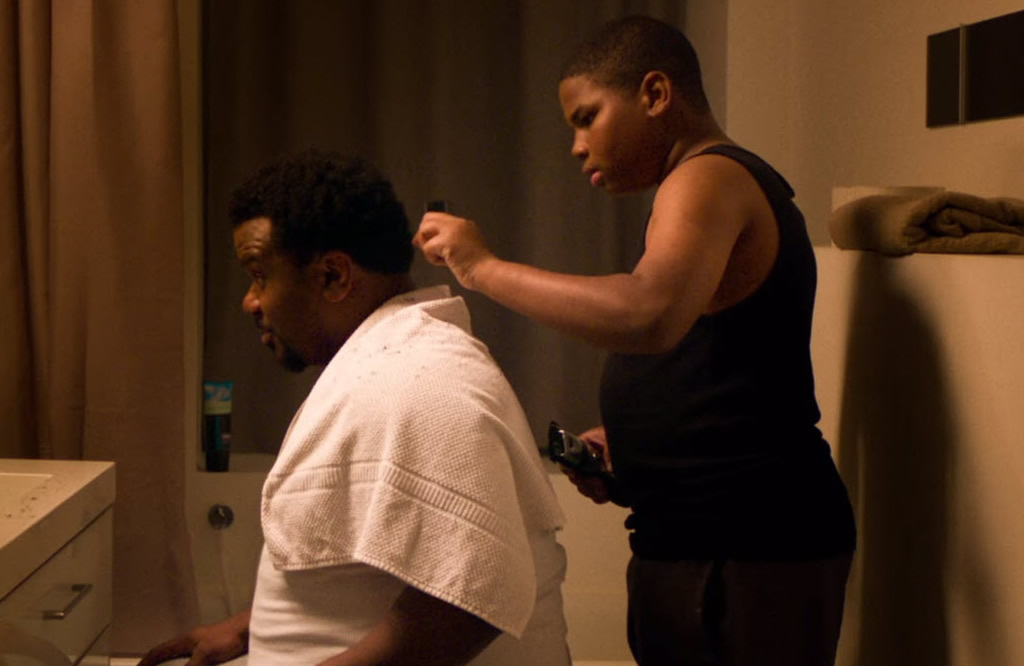 The biggest problem with coming-of-age indies is that what “makes or breaks” the films are stories told from unique perspectives, and I keep seeing stories told from the exact same perspective over and over again. Morris from America makes the wise decision to double as coming-of-age drama and fish-out-of-water comedy. Director Chad Hartigan’s film about a 13-year-old black American adjusting to his new life in lily-white Germany is much better than other films of its sort, even if it does takes a familiar route after starting from an original premise.

The film opens with Morris (Markees Christmas) bobbing his head up and down while he listens to old hip hop with his dad, Curtis (Craig Robinson). As they argue whether the music is any good, it’s immediately clear: Christmas and Robinson are great together. Christmas gets a bit more screen time because it’s his characters’ coming-of-age story, but Morris from America feels like a buddy film between Christmas and Robinson. This being Christmas’ first film, it’s incredible that he’s so good. He even keeps up with Robinson when the material gets weighty.

Between the current season of USA’s Mr. Robot and Morris from America, Robinson is on a hot streak that I don’t want to see end anytime soon. I love him when he’s funny, but Robinson is a dramatic force who I’d be totally excited to see tackle heavier stuff. Playing a widower experiencing just as much of a culture shock as his son, Robinson tinges all of his humor with a sense of frustrated grief that resonates just as deeply as Christmas’, and much more deeply than anything else in Morris from America.

Outside of Christmas and Robinson, Morris from America ranges from fine to flat. It relies too heavily on coming-of-age film cliché’s that would be irritating in more pretentious hands. The German girl Morris falls for, Katrin (Lina Keller), is a cardboard cut-out of the “manic pixie dream girl” we’ve grown used to seeing in coming-of-age films, and Keller isn’t given much character to work with. Carla Juri is solid as Inka, the instructor teaching Morris how to speak German, but her function as a mentor feels vastly unexplored by the end of the film. The supporting characters never quite work as well as they should on-screen, even when Morris is great in the same scene.

The ending is disappointing and doesn’t feel like it fits Morris’ journey, but the journey itself was still the worth the trip. Despite it’s flaws, and there were many, Christmas and Robinson simply made Morris from America a downright pleasant experience. Even when it wasn’t quite working, I just enjoyed that I was watching the two actors in a film that really tried to do something a bit different. Morris from America isn’t a great coming-of-age film, but it’s a coming-of-age film that has enough original elements to overshadow unoriginal ones. It’s good and, at least, good isn’t bad. As for Christmas and Robinson, they’re great and I hope we see them together again.