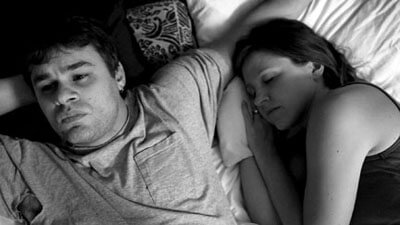 A small town Nebraska son who cut his teeth on the movies is living his cinema dream producing an independent feature starring Oscar-winner Ernest Borgnine in the title role of The Man Who Shook the Hand of Vicente Fernandez.

The film, which wrapped up its L.A. shoot at the end of July, is produced by Madison, Neb. native Darren Brandl, 26. Elia Petridis is the writer-director. Although it’s their first feature, both are industry veterans.

Brandl grew up in his parents’ movie video store. At 8 he began making short films with friends. He studied film at Cal-State Northridge.

“I kind of fell in love with the medium and the storytelling side of things,” he says.

He worked the acquisitions side of the industry, first for the Hirsch Company and then for producer Lance Hool. In between he backpacked around the world, All the while he bided his time to produce. Then Petridis showed him the script for The Man. The pseudo-Western is set in a nursing home, where Borgnine’s character, Rex Page, is a disenchanted resident alienated from the Latino staff until they discover he once shook the hand of Mexican actor-singer idol Vicente Fernandez.

“I read hundreds of scripts a year and less than one percent are interesting to me, and this is that one percent,” says Brandl. “It was clear this is exactly the sort of movie I was looking for. It’s a human story that has a lot of heart to it.

“It really has it’s own voice, it’s own tone, it’s own pace and it’s by a really good friend of mine who I trusted as a director and wanted to go on this journey with.”

Getting Borgnine was “the golden egg,” says Brandl. “The instinct was always to find a star. and he responded strongly to the material. After seeing a first cut I would say there was nobody else who could have done a better job than Ernie. It really is his movie and he really holds it the way a movie star should…”

“He’s got quite a lust and zest for life. He doesn’t need to be working but he does it because he loves it. On set he refused a stand-in. He set a tone for the work ethic on the production. He’s quite a guy.”

Brandl’s confident the project will be well-received.

“Especially as a first-time producer you want to make something that really is going to speak for the rest of your career.”