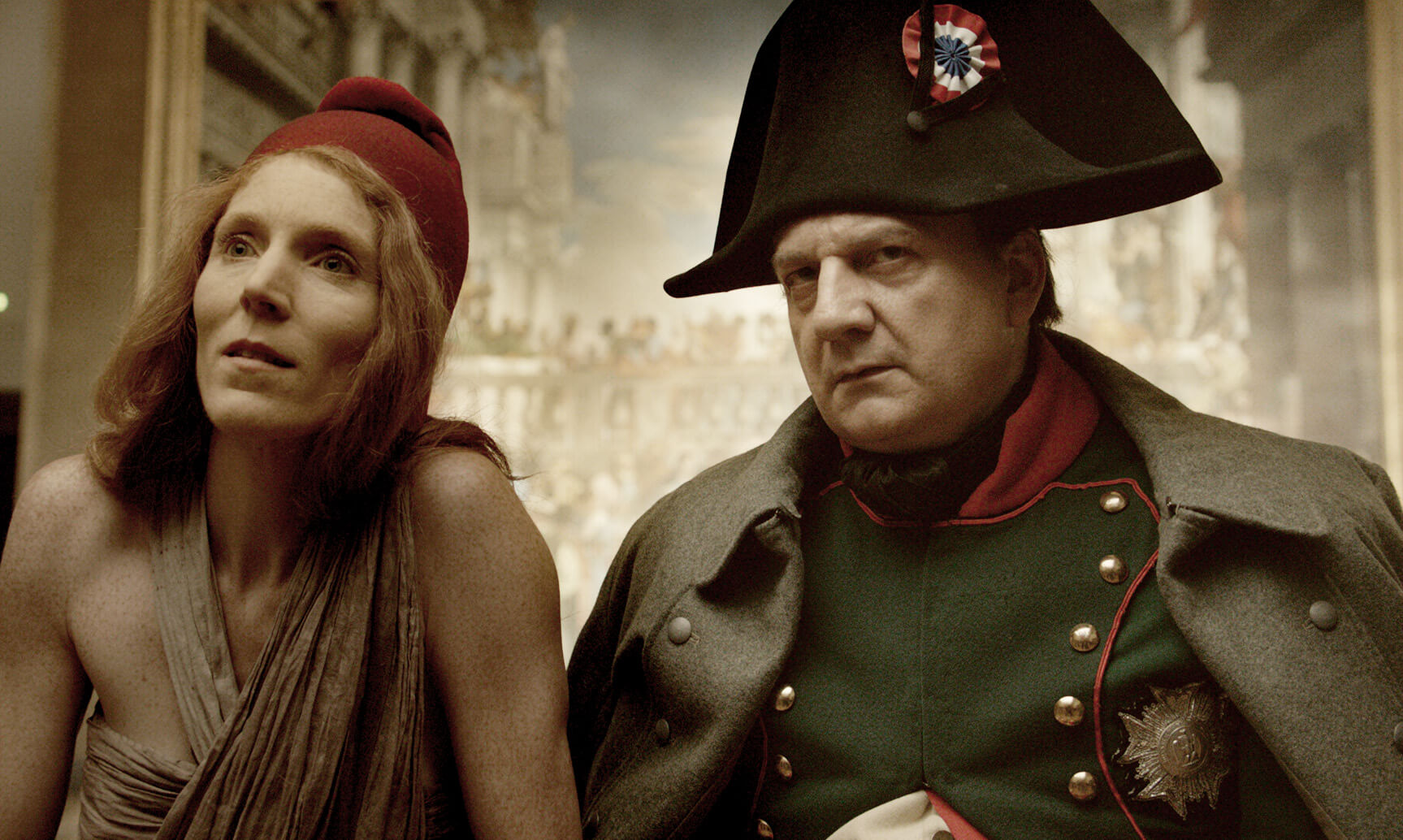 Francofonia goes “full arthouse.” It’s a documentary with a solemn, meditative narrator who says things like, “In Europe, Europe is everywhere” and “art is unwilling to teach us prescience.” Hell, there’s a scene where Napoleon and Marianne take a seat in the Louvre to admire the Mona Lisa, while Marianne repeats the mantra, “Freedom, equality, brotherhood.” See what I mean? Not just arthouse… “Full arthouse!” Francofonia is a stylized film designed to engage dialogue. It just won’t, you know, leave audiences with much to actually talk about.

“Museums are good” is the gist of what director Aleksandr Sokurov says, after meditating on the Louvre and some of its history during World War Two. Yes. Yes, museums are good. Of course they are… Unless you’re visiting the Museum for Historically and Culturally Insignificant Artifacts or the Met Gala, museums tend to have inherent value. Sokurov focuses solely on the most famous museum in the world in an attempt to create a “love letter” to all museums, which is fine. “Love letter” films are hit or miss with me; it comes down to whether the filmmaker can make the documentary—even an experimental one—feel sycophantic. Luckily, at 88-minutes long, Francofonia is smart enough to wrap things up before its simple message loses steam.

What will get folks talking after Francofonia is its style, which incorporates actual archive footage, fake “archive” footage, visceral reenactments, ghostly incarnations of iconic French figures and poetic pacing…to tell us that museums are good. It’s not an inaccessible message, but the way it’s expressed is jarring. Delightfully, it’s a good kind of jarring. Francofonia is straight-up experimental. And just like “love letter” films, experimental cinema is hit or miss. Francofonia is a hit; but more like a “single” and not a “grand slam.”

Most experimental flourishes in Francofonia are clever and on point; that said, naturally, there are more than enough that are violently eye-roll inducing. For example, Sokurov narrates the documentary, but he doesn’t manage to add much besides silly one-liners. Eventually, he asks us directly whether we’re sick of listening to him. It’s not cheeky or cute; by that point, you actually are a bit sick of listening to him. As an experimental trip, Sokurov’s film is a generally fun ride. Even a few of the overdone flourishes are at least endearing. Say this much: Sokurov always goes for broke.

There’s a bit of story in Francofonia about the irony of a Louvre director (played by Louis-Do de Lencquesaing) fighting to save stolen artwork from being pillaged, again, by Nazis. The film is disinterested in anything other than its singular “museums are good” message, so it doesn’t address this irony in any significant way. Questions are raised about the cost of preservation and how problematic it is that the powerful decide what history preserves. These are great, important questions…which go unanswered and unengaged.

Francofonia doesn’t leave you with much substance to chew on; but it’s a short and sweet experimental film, which is essentially “blockbuster fluff” for our arthouse cinema crowd. It gives you a lot of cool visuals to look at while engaging just enough to feel worthwhile. It’s not a great film, or even “really good”…but it is really fun.