Home » Film » The Shaming of the Crew 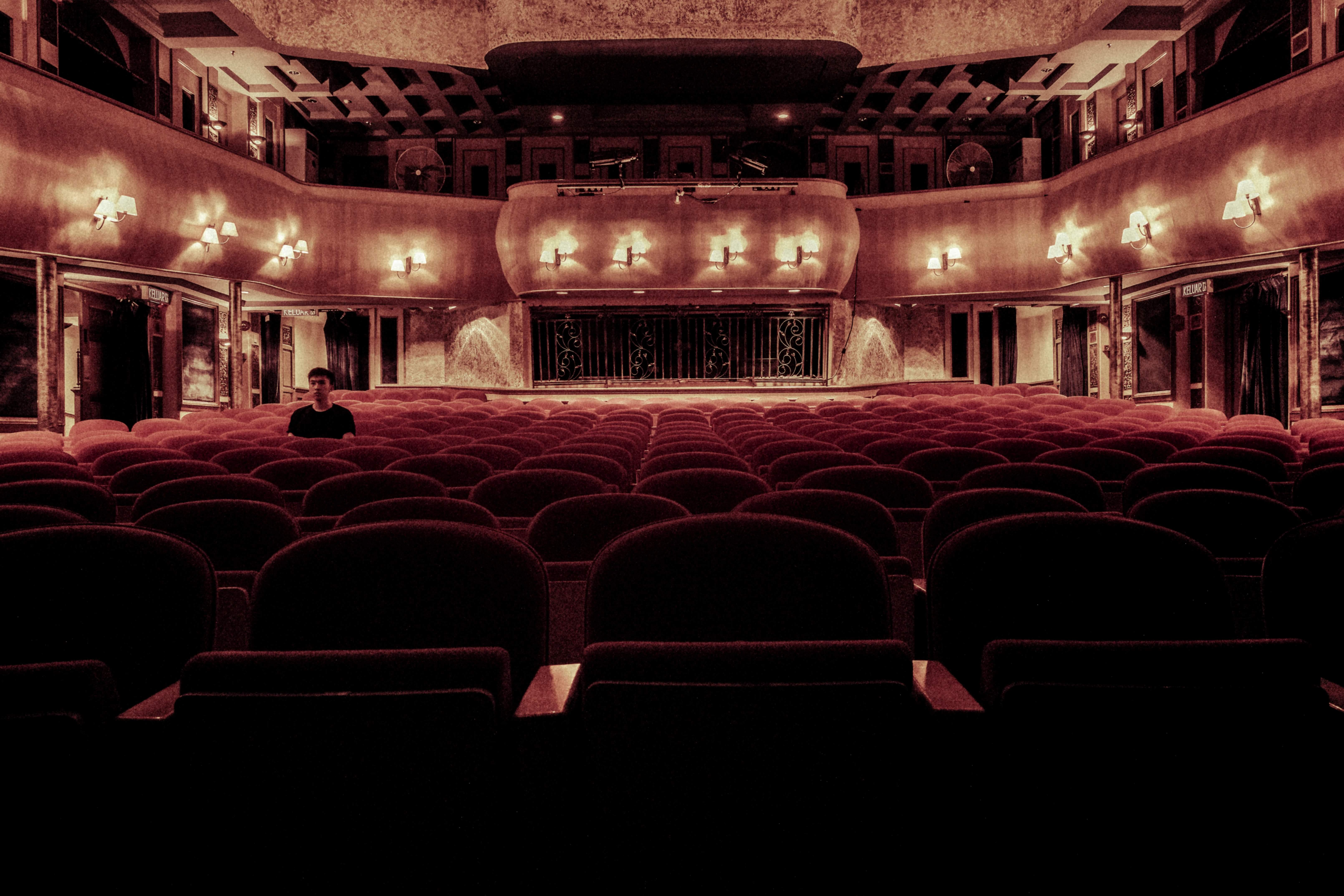 Although the Alamo Theater chain lays it on thicker than a snickerdoodle, stopping just short of implying punishment by literal murder, everyone hates chatterboxes and phone users in theaters. As Americans, we agree only on our collective hatred of movie disruptors and that the KFC ad campaign with different performers playing Colonel Sanders is oddly upsetting. However, as someone who spends more time with movie-watching strangers than with my actual family members, the actual incidence of rule-breaking bad behavior in cineplexes is realistically maybe 1 in every 30-40 flicks. If it happens once, it becomes an anecdote that looms incredibly large, but in fact, the pendulum seems to have swung too far the other direction.

Admittedly, the dawn of the smartphone era was quasi-bedlam. Suddenly, everyone had magic devices in their pocket that connected them to all of everything, and the temptation to set it down for two hours took self-control, our smallest national export. Although common sense should have established solid social norms for using these tools in public, that’s our second smallest national export. Over time however, we kinda figured it out.

Yes, some dinguses (dingii?) still fire up their screens mid-film. Every once and a while, grandpa forgets to shut off a ringer that is set to “WWII-era bomb siren.” But for the most part, audience disruptions have settled way the hell down. You wouldn’t know it given all the thinkpieces still being thunkparted or the new policies being policed by various phone-banning theater chains. But honestly, I don’t know anyone who keeps their ringer volume set to make audible sound by default anymore. And again, by the time a major corporation actually gets around to making a policy about something, that thing has already resolved itself.

The reality is, as someone who has a pretty big theater-going relative sample size, the actual incidence of smartphone disruptions is as exaggerated as a CBS comedy’s laugh track.

Last year, movie theaters recorded a 25-year low in terms of attendance. Without a doubt, advances in streaming and home theater equipment have shrinky-dinked audiences. However, lost in the discussion of how to get butts in seats again is any element of communal participation. That is to say, we need to learn to laugh again.

A rarely discussed side effect of watching everything in our basements is that we have forgotten how to audibly chortle. We have replaced laughing out loud with LOLing. It doesn’t help that studios have abandoned the comedy genre like the Democrats have abandoned the south, but a big problem no one seems to be discussing is that people aren’t used to making sound with their faces in public anymore. Horror movies, also sweetened by collective gasping and screaming, don’t produce much of a peep these days either.

Attending a movie with other people is only better if those other people can contribute in some way to a shared experience. Between shushing and shaming and an evolutionary abandoning of making mouth noises like shrunken prehensile tails, seeing something in a theater isn’t quite as communal anymore. But we can fix this.

Crying Lets the Sad Out of You

It is time for us to unite behind our criers, to celebrate our scaredy cats who squeal and jiggle at every jump-scare, to spell out every letter in LOL with actual laughter. I have tried, honestly. I have conducted mini-experiments wherein I let myself dare to make sounds in public. It works every time. The people I’m with tend to like the movies more than when I haven’t been making such a concerted effort. I’ve started listening for the sounds of other active audience members, allowing them to fuel the fire of my reactions.

We can’t do this with a policy. Theaters can’t put out a statement that says “We encourage you to participate” without having bro-chuds turning the whole thing into an unbearable extravaganza of self-importance. I’m just asking you to consider it, to remember that being a better audience member isn’t only about the things you avoid doing.

I am a huge advocate of the accessibility and affordability that streaming services and digital distribution have provided. I am also a huge believer in empathetically regarding people around you at all times and not causing discomfort in others. I am also asking you, begging you, to return to the days when seeing a blockbuster movie meant “oohs and ahs,” when seeing a comedy meant missing lines of dialogue because people made too much laughter, when seeing a horror movie felt like the terror was all around you.

I want to say “Make Audiences Great Again,” but I also hate myself for that thought. So I’ll just say, try actively thinking about how you participate in movie theaters. There are less of us, and we need you more than ever.