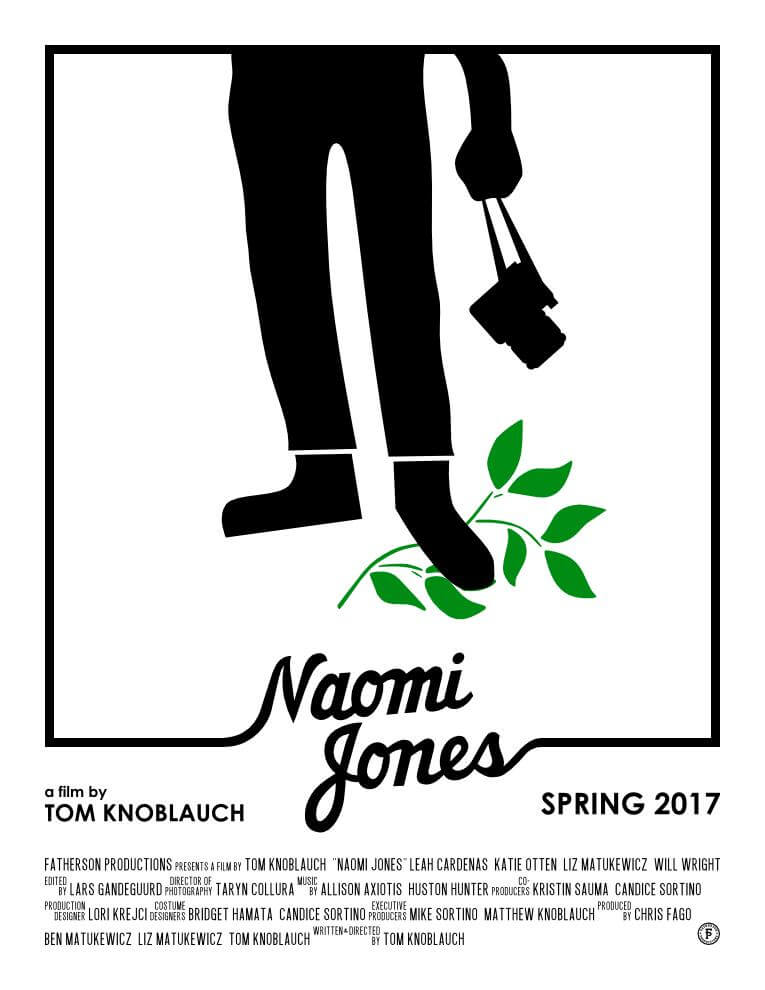 Naomi Jones is the latest from Fatherson Productions, a low-budget film production company based in Omaha. The filmmakers, writer/director Tom Knolblauch and producer Ben Matukewicz, came up with the idea for their new comedy—a “mumblecore” filmmaker having an arduous day on the set of her first film with a big budget—after their own mumblecore experiences made them reconsider working on large scale productions. For those who aren’t familiar, mumblecore is a style of micro-budget filmmaking distinguished by the use of nonprofessional actors and a noticeable lack of resources. Most filmmakers dream about opportunities to direct bigger films but, surprised by the intensity of working on their previous mumblecore projects, Knolblauch and Matukewicz had second thoughts.

The surprisingly poignant question at the center of Naomi Jones is, “Would you really want to make a movie if you actually could?” The films opens as Naomi (Leah Cardenas) reaches her breaking point; production on her first ever big-budget film is collapsing in real time. Just as her incompetent leading man is unrecognizably swollen by a bee sting, Naomi’s cinematographer and longtime collaborator jumps ship in the middle of a pep-talk to work on another film. A disastrous interview with a minor celebrity blogger makes the day that much worse, until Naomi announces a lunch break to escape the claustrophobic set. From there, Naomi Jones takes a “trippy” trip down introspection lane, as the titular filmmaker navigates extended dream sequences and confronts an actual doppelgänger.

Most of the film unfolds in “real time,” as Naomi struggles through ridiculous filming logistics and her constant inner-turmoil as an artist. Cardenas’ performance as Naomi is the heart and soul that holds the film’s intrigue during the moments when it feels a bit listless. Even as some jokes or scenes seem to go on for a bit too long, Cardena’s charisma always keeps the film from feeling totally dull, as she churns out a solid comedic performance. Particularly during an extended dream sequence, my least favorite cinematic storytelling device, Cardena keeps things grounded with her very human performance instead of relying solely on jokes about Naomi constantly reacting to weirdness.

Outside of Cardena’s performance, Naomi Jones falls into typical mumblecore filmmaking traps. Using mostly nonprofessional actors is a staple of the genre, but nonprofessional actors are, well, nonprofessional. Except for Cardena, most of the characters feel like undeveloped recitations of lines instead of well-rounded characters with dynamic performances. The logistical limitations also mean that the visuals leave much to be desired. Even for a mumblecore film, a genre marked by handheld filming and improvised camera movements, I wish the filmmakers had refined the “rough around the edges” look of Naomi Jones. Sometimes seeing the camera jiggle is an endearing sort of cinema verite technique that can make a film feel “documentary style.” But throughout much of Naomi Jones, it’s actually just a bit distracting.

The film’s runtime is also problematic, clocking in at just 81-minutes. Even that somehow still feels 15-minutes too long. Some mumblecore films feel stretched to be feature-length, and Naomi Jones suffers the same fate. It’s easy to see where the film could have been shortened, and which specific scenes could have been cut entirely. It would have been nice to see more momentum fill in the gaps, instead of deliberate downtime, but such is the low-key nature of mumblecore films.

All this being said, the great lead performance, resonant central question, a few big laughs and just the fact that we don’t see many local films made in Nebraska make Naomi Jones worth checking out.