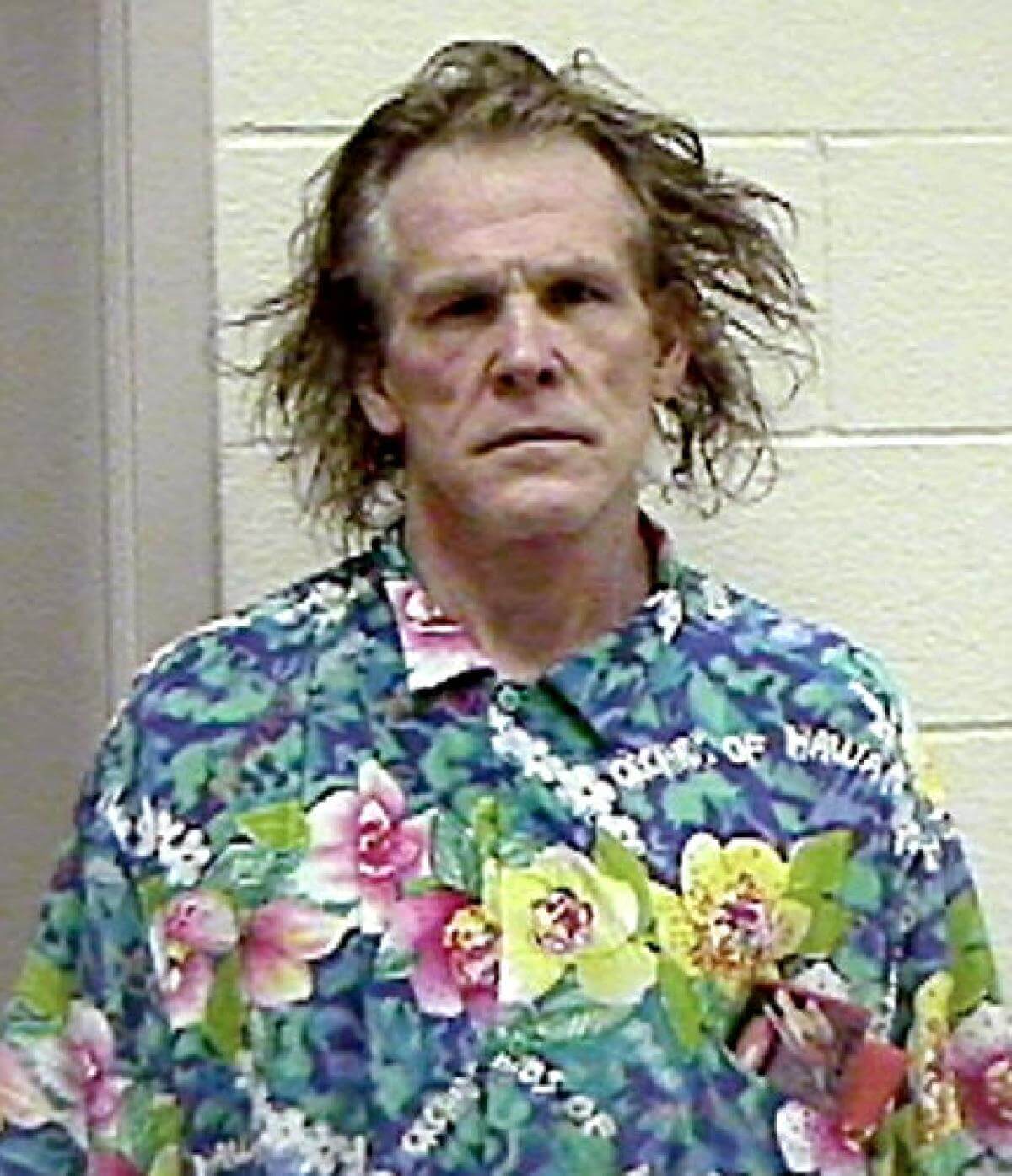 Nothing against our beloved, pot-holed streets, but who wouldn’t trade Dodge in for Hollywood Boulevard? Who wouldn’t trade Old Market cobblestones for red carpets? Who wouldn’t trade corn for … confetti? Look, you get the point: dreams of big-screen glory are not relegated to coastal citizens. As we celebrate the best of the Big O, it seems only appropriate to also celebrate a few native sons and daughters who shed the skin of Middle America to shine their stars. And while that sounds like a euphemism, it isn’t.

Oh, and a few quick notes: I didn’t include Alexander Payne here because including him felt exceedingly cursory. And I’m a rebel, Dottie. Also, this is by no means a comprehensive list. I’ve ixnayed names as big as Fonda and as small as a voice actress from Frozen. Instead, I opted for a group that will be familiar to most but surprising to some. And I provided my favorite film for each.

Briefly known most for what remains the single greatest mugshot of all time, Nolte’s career has spanned more than 40 years. He’s had multiple Academy Award nominations, including one for Best Actor for Prince of Tides. He lost to Anthony Hopkin’s liver-eating cannibal from Silence of the Lambs, which probably left a bad taste in his mouth. Nolte’s gravel voice and piercing eyes have been deployed to great effect, mostly when not opposite Julia Roberts. A dominating fixture in the ’80s and ’90s, he’s still churning out quality roles, as his 2011 nod for Best Supporting Actor for Warrior suggests. Plus, he seems to have gotten his hair back under control. Points for that.

Look, it’s easy to choose one of the roles that Nolte got massive acclaim for. But comedy is inherently more difficult than drama (come at me, bruh), and his performance as the grizzled Four Leaf Tayback in this uproarious satire was, bar none, one of my favorite things he’s ever done. For the record, I almost went with his crazy, alcoholic, abusive father role in Ang Lee’s Hulk, but that movie featured a gamma radiation-enhanced poodle in it. Nolte did not play said poodle or it would have been my pick here.

Jaime King, who went by James King for a bit (because binary gender norms for names are bullshit), is a former supermodel turned actress. Although she’s been doing more TV work lately, notably Hart of Dixie and voice work for the awesome Star Wars: The Clone Wars animated series, she started off the early 2000s on the silver screen. The ill-fated Bulletproof Monk somehow failed to capture the public’s imagination, despite the presence of both Chow Yun-Fat and a character named Mr. Funktastic. But King has forged a long, successful career that involves surviving Michael Bay and multiple appearances standing in the vicinity of Josh Hartnett’s permanent squint.

Not the second one. God help you if you intentionally watch Sin City: A Dame to Kill For. But the first flick was a watershed moment for all-CGI sets, which is either a triumph or a tragedy, depending on how you feel about computers taking over the world. The first Sin City is a glorious, noir-draped, violent masterpiece of antiheroes, blood and smut. And yes, that was a compliment.

I almost didn’t include Brando because he falls in the same uber-revered category as Payne. But then I wouldn’t get to talk about how he phoned in his role as Superman’s dad so profoundly that he (allegedly) taped his lines at one point to a baby’s diaper. I’m not condemning him for that, I’m legitimately impressed. If one of the greatest thespians from our city is going to be known for one thing, I want it to be reading dialogue from a baby’s bottom. The truth is, Brando is a legend for good reason. From his young, heartthrob days to his jowly, mumbling last hurrahs, his work is as timeless as it is vibrant. Also, he read lines from a diaper.

I have been (and will be) cheeky about some of these “favorite movie” selections. But when you can choose Apocalypse Now for something, you should probably choose Apocalypse Now. I still mumble “the horror, the horror” from time to time in reaction to things (mostly the 2016 presidential campaign), and the film is so good that a movie about the movie (Hearts of Darkness) is almost as good as the movie itself.

Prolific and talented, Union’s IMDB page makes other performers seem downright lazy. Popping between TV and film, she’ll next be seen in The Birth of a Nation, the Nat Turner movie that’s garnering major Oscar buzz. Plus, she once appeared on the TV show Friends, an achievement unto itself given that show’s near-science-fiction depiction of New York City as almost purely Caucasian. Hollywood is content to relegate beautiful women to “doting wives” and subordinate roles, but Union has defied expectations. She was the lead in the TV series Being Mary Jane, is in the upcoming Sleepless with Jaime Foxx and graduated with honors from UCLA. That gets a standing O from the Big O.

Favorite Union movie: Bring It On

Okay, first off, Bring It On holds up. It does! It’s whip-smart, hilarious and even has a nice satirical bite in the way it critiques the white community for appropriating black culture (even if it frustratingly lets them off the hook for it). Plus, Lin-Manuel Miranda turned it into a musical. And, as a devotee of Hamilton, I’m legally obligated to support anything Miranda even mildly touches. Yes, that means I am technically “excited” for Mary Poppins 2…

Surprise! I have thrown a wildcard into this mix! This man is not a star appearing in movies! He’s a maestro that carves them. Hill is a masterful editor who has worked with director Ron Howard through all of Opie’s major triumphs. He won an Oscar for Apollo 13 and was nominated for three others. It’s a personal pet peeve of mine that editors don’t get more hype, as their work is absolutely integral to sculpting a quality movie out of the colossal block of stone that is raw film footage. Hill, with Howard, has done it all, from brawling (Cinderella Man) to whimsical all-ages fare (How the Grinch Stole Christmas) to terse, real-life docudrama (Frost/Nixon). He also once let a dear friend touch his Oscar. So he rules.

Favorite Hill movie: Apollo 13 is great, but Ransom is all-time to me.

Back when we were able to see Mel Gibson as something other than a collection of skin loosely hanging on a skeleton of pure hate, this action-thriller was a staple rewatch for me. I couldn’t turn the channel if I caught Gibson barking “Give me back my son!” on cable. Really, from an editing standpoint, any of Hill’s films are exemplary. I just prefer movies where Gary Sinese gets shot. I don’t know why.

Other Awesome People (Speed Round)

Like Steve Harvey starting the clock for the bonus round when it’s time to play the Feud, let’s breeze through three other notables and my favorite films they’ve done.

Adam Devine — Like you even have to ask: Pitch Perfect. He doesn’t exactly have a robust filmography yet, but he’s a star on the rise and has the best strategy I’ve seen so far: Stay as close to Anna Kendrick as possible.

John Beasley — Mostly known for TV and stage work, Beasley appeared in The Sum of All Fears, which is low-key one of the better espionage movies out there. It’s not a showcase of Beasley’s vast talents (again, that’s more TV and theater), but it is one of the only movies where the bad guys actually succeed at first.

Swoosie Kurtz — First off, what a spectacular name. Second, I adored her on TV’s short-lived Pushing Daises, which was taken off the air because I’m not allowed to have nice things. To pick a movie, I’d go with Citizen Ruth, which means Payne did find his way into this write-up after all. Still my favorite of Payne’s movies, this abortion comedy (a genre that I believe contains this film and Obvious Child and that’s it) remains both relevant and brilliant.