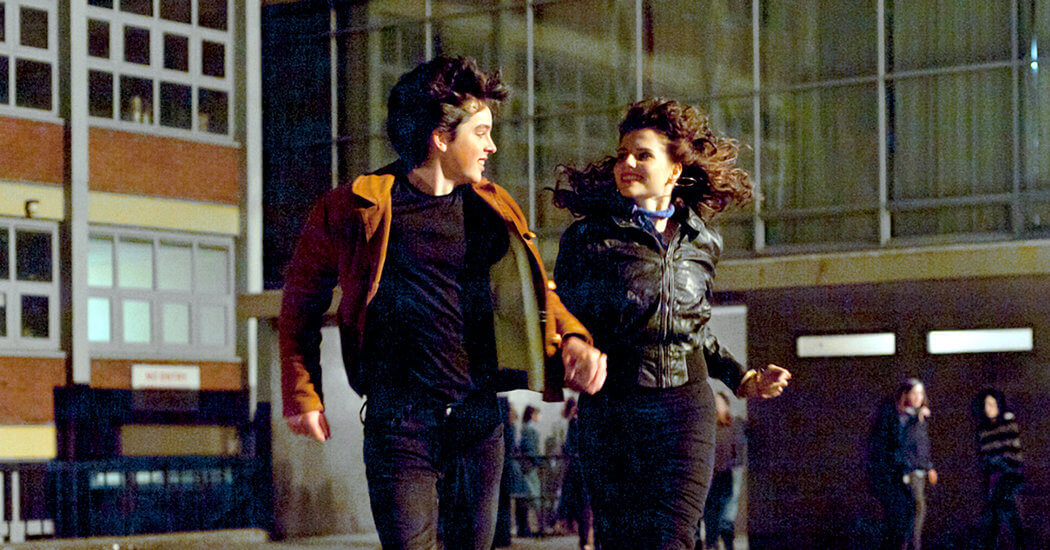 In the name of Parker Posey, Natalie Portman and all other patron saints of Manic Pixie Dream Girls: Could you just…not anymore? Please? There remain countless scores of people who don’t realize listing 50 Days of Summer as a “favorite movie” means they literally do not understand how any part of relationships is supposed to work. And that is the fault of every butthurt manbaby who ever whipped up an MPDG from their nostalgia factory brains. Enough.

Hey, what if we promise talented artists like writer/director John Carney, whose Once still resonates in every echo chamber of my heart, that you can, in fact, make a coming-of-age story about a straight white boy that doesn’t require a whimsical damsel to act as a lighthouse into maturity. Luckily, Carney and company’s original songs here are that damn good and the atmosphere is so palpably emotional that Sing Street misses grating and winds up somewhat charming.

Sing Street is partly an ode to the blissful weirdness of 1980s pop music and partly staid revisionist history allowing dudes to mentally time travel, form a band in high-school and totally “lay the pipe” to that one hot chick who could have totally been a model. When Cosmo (Ferdia Walsh-Peelo) is put into a sketchy school in Ireland in the 1980s, he meets Raphina (Lucy Boynton), who you can tell will change his life because she crosses her arms wistfully a lot while looking askance. In an impetuous moment, Cosmo convinces Raphina to star in a music video for his band. A band he doesn’t have.

So with the help of his brother, Brandon (Jack Reynor), and some new buddies at school, including musical wunderkind Eamon (Mark McKenna), Cosmo forms a band whose sound ranges from “not your parents’ music” to “whatever record Brandon plays Cosmo that night.” The bulk of the film is mostly experimenting with music as the language we use to express encaged emotion, which is where Carney’s Once set the bar. Here, the only question is whether Cosmo is going to steal Raphina away from her douchebag boyfriend, who listens to Phil Collins. Admittedly, that is a high set of stakes, considering the “Sussudio” life that would await her.

To say Carney wastes his supporting cast is to suggest he acknowledges them at all. If you can name any character other than Raphina, Cosmo and (maybe) Brandon, you probably are John Carney. And yet… Although it hinges on lazy, obnoxious tropes, like the MPDG, the “bully with a heart of gold” or the need to “seize the day,” Sing Street still hits the notes. Sure, it’s kind of like listening to a Kidz Bop version of Lin-Manuel Miranda’s “Hamilton,” but darn if it isn’t still catchy…

And that’s really the key here: Carney and company make songs in loads of different 1980s genres, and all work perfectly. Combine that with a few nice, softer moments with Cosmo and Brandon and a literal “fist-pumping” ending, and you have a film that’s hard to dislike, even if it could stand a bit more harmony.