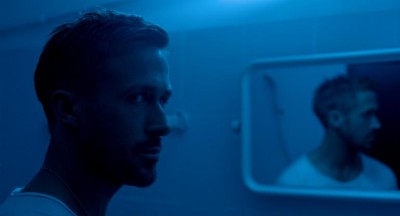 Writer/director Nicolas Winding Refn is about to lose half his fans. The ones who saw Ryan Gosling in Drive and immediately bought (or had their moms make) scorpion jackets are about to find out that canonization of a violent antihero wasn’t really what Refn was after. If there’s any doubt, watch what happens in Only God Forgives to another Gosling-played underworld dweller who bathes in neon and silently projects 1980s synthesizer swag. Hint: It’s not good.

Only God Forgives is not the batshit-insane pretentious wankfest early reviews from Cannes suggested. Sure, it’s somewhere between methodically precise and absolutely frozen in terms of pacing. Yes, there’s inexplicable elements, like how Bangkok supercop Chang (Vithaya Pansringarm) warbles an entire karaoke song in Thai after each time he kills someone. And you bet, listening to Crystal (Kristin Scott Thomas) contrast the size of her sons’ penises is so overtly Freudian it almost can’t mean what it usually means. But there is a clear story with unique thematic insights and spectacular characters. Oh, and Gosling does a lot of mute pouting, but you probably guessed that.

Basically, the film is an inversion of the revenge narrative. Julian (Gosling) and his brother, Billy (Tom Burke), are involved in underground Bangkok fighting, not the most noble of professions. For no good reason, Billy declares “Time to go meet the devil” and proceeds to rape and murder the daughter of a pimp. Supercop Chang arrives to find Billy not even making a run for it; he’s just chillin’ out next to the corpse. So Chang invites the pimp to exact his justice and leaves. Billy gets dead fast.

Crystal shows up in Thailand demanding the pimp’s head and the head of the supercop, who has a katana sword that’s pretty clearly not standard issue police gear. Problem is, Billy deserved to die. And Julian knows it. And Julian is also completely and utterly a bag of wuss. He has dreams of having his hands chopped off, is tied to a bed and forced to watch after hiring a prostitute and has virtually zero chance of beating supercop in a fight, which he doesn’t want to have in the first place.

From more innocent themes of brotherly inferiority to more dark and twisted themes of damnation and moral impotence, Only God Forgives crackles with dense subtext. Even the karaoke, which seems like a joke at first, winds up playing like a prayer for absolution. Thomas is absolutely vile and completely genius as a foul-mouthed, trashy crime mama. Likewise, Pansringarm brings a stunning amount of nuance and reality to what most would relegate to being a one-dimensional sword slasher. Gosling, on the other hand, does what Gosling does: stoically look pretty. While that’s clearly part of the character Refn envisioned for him, at some point the revered young actor may have to act.

Refn is a truly confident filmmaker making movies he clearly wants to make. After Drive became a cult hit, he could have flirted with something mainstream and instead made a film that kind of craps on what people liked in his last one. And that’s the difference between an artistic filmmaker and directors who make a product for a studio.