Home » Film » It’s Not the Length, It’s the Motion of the Picture 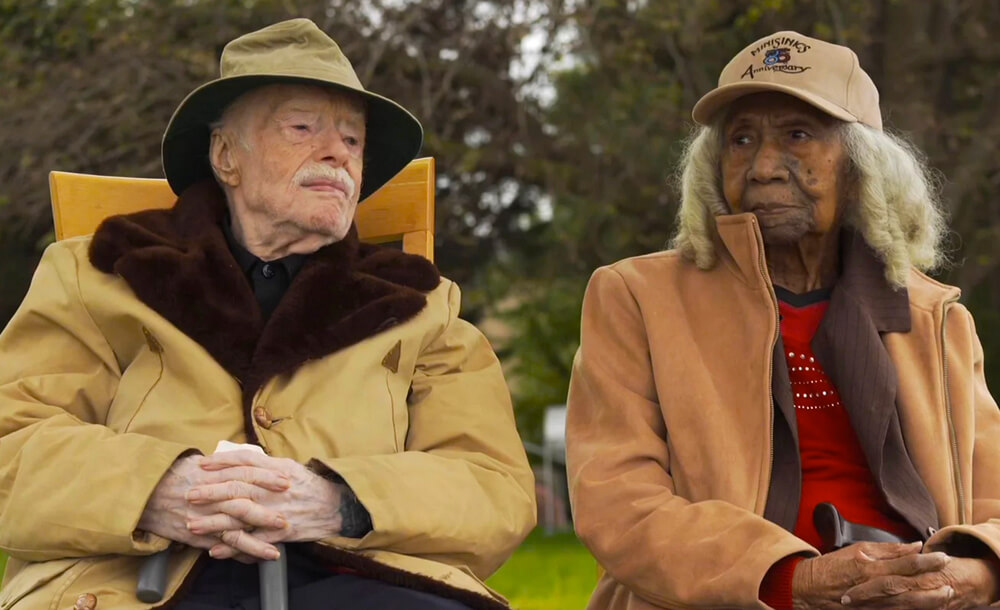 Considering our waning attention spans and the limitless distribution channels these days, it’s kind of bonkers that shorts aren’t bigger. That is to say, it’s confusing how tightly packaged creative content only seems to receive the main spotlight when the Academy Awards drags their problematic asses to the stage. So please read this as an official request for higher promotion of smaller flicks, especially given how strong they are this year. In the spirit of celebrating brevity, let’s get to reviewing the mini-movies that could have as many Oscars as Leonardo DiCaprio does by next month.

Hand-drawn animation is gorgeous, even if the subject here is basically a self-high-five. Kobe writes a dear John/love note to the game of basketball, which has left him on read ever since. It’s fine, and likely to win, but your enjoyment will depend on whether or not you yell “Kobe!” when you shoot a trash into a wastebasket.

This luscious CGI ribbits and slorps its way through a decadent fiesta thrown by amphibians after something very bad happens to the owner of a Scarface-esque residence. Pretty, but light on narrative, if the thought of a fat frog getting stuck inside a jar while straining for macaroons does it for you, prepare to get your very specific itch scratched.

This touching tale of a sentient pile of lost and found contents at an elementary school will have you asking questions like “How many times do these kids have recess in one day?” And “Is that monster thing going to eat a child?” But more likely “Can you hand me a tissue?” I’m a sucker for a reformed bully tale, especially one with clutter creatures.

Unconventional animation is bad-ass and never gets seen outside of the odd big corporation advertisement or weird GIFs you send to the group chat. This is meticulous stop-motion telling a very somber tone poem about loss, grief and the things we leave behind. I don’t know where in the program they’ll put this, but there’s a good chance that you’ll watch a fat frog wobble about and then be forced to contemplate your loved ones dying. See, that’s the joy of the short collections! Also, this is the best nominee and has zero chance of winning.

Pushing the limits of what may be considered a “short,” this is the lengthiest and least creative nominee not personally written by Kobe Bryant. A fractured fairy tale that recounts the “real” events that happened with Snow White, Little Red Riding Hood and the Three Little Pigs, it’s cute but fancies itself to be clever. Had they truncated to about half the length, maybe it would have been a quality return on investment. Instead, I’m complaining about the running time of something that lasts about the same as an episode of The Good Place.

Powerfully acted and impossibly tense, this snapshot of an unfolding school shooting suffers from one overwrought and very dangerous theme: the idea that it is the noblest of deeds for people of color to put themselves in harm’s way to protect white people. On their own, stories like this one play out like positive examples of kindness and humanity in the face of terror. Collectively, they reenforce a narrative that self-sacrifice for white salvation by members of oppressed communities is the expectation. Not the point of this well-crafted short, but important to remember any time these stories are told, especially when helmed by a white dude and the front-runner to win the Oscar.

I love me a cheeky short. And this is a fully dropped pair of trousers exposing double-barrel cheekiness. A flustered psychiatrist meets a patient whose psychosis is that he believes himself to be a flustered psychiatrist. The verbal sparring is often downright old-school vaudevillian at times, and although the subject matter is silly and sleight, it’s also exceptionally crafted and clever.

You’re not going to be able to dramatize some of the last moments of Emmet Till’s life without provoking a wealth of horrifying emotion. Told from the perspective of the uncle Emmet was visiting, this chilling and surprisingly beautiful work unpacks what must be some of the profoundest guilt any person has felt. The stinger at the end that shows the real footage of the main character packs a gut wallop I’m still feeling.

Were it not for a spectacularly preachy final text that undercuts its message by yelling it at you, this tender tale of a young deaf girl with callous parents and a caring tutor may have been the best of the bunch. With a deft, light touch until that face-slap ending, the short resists the urge of turning this look at disability into exploitation. Plus, the lead actress (Rachel Shenton) is megawatt charismatic and should definitely have at least found her way into the BBC’s stable of 12 or so actresses they use for everything by now.

Narrowly the best of an amazing crop of live-action shorts this year, this thriller is set in Kenya against the backdrop of Muslim vs Christian violence. Watching Muslims as perpetrators of violence is as exhausting as it is dangerously ignorant these days. Thankfully, this short seeks to shatter the binary depiction of Muslims as “bad” to the Christian “good,” with a moving conclusion likely to leave MAGA morons with the wrong message. Densely themed and emotionally complicated, this is one of the better shorts I’ve had a chance to ever screen.

This movie destroyed my tear ducts like I was chopping onions while someone said “remember the beginning of Up?” I mean it, after this story of an interracial pair of 90-somethings who got married only to have her family try to divide them, my face became a faulty fire hydrant. A glimpse at the best and worst of living on this earth, a poignant reminder of the timeless power of love and the loveless power of time, bring tissues and everyone you love, just in case. This geriatric sob-inducer is the clear frontrunner for the statue, and a fine choice, even if it would only be my second choice…

I don’t know the order in which the shorts appear during the screening. If Edith+Eddie and Traffic Stop show back to back, you’re going to likely need intravenous rehydration and all the snot paper available. On a dashcam video, a young black woman weighing all of 112 pounds gets tossed like a ragdoll into a vehicle after a white cop pulls her over for speeding. No human being should be treated in this way. Basic decency ought not to depend on the fallacious nightmare of respectability politics. That said, the fact that the victim happens to be a profoundly intelligent, inspirational and kind grade-school teacher is only proof that the racist litmus tests the police use to defend their barbaric practices are abject bullshit. If you don’t get to a theater to see this, which you damn well should, it will be streaming via HBO starting Feb 16. You know, maybe if shorts like this ran on ABC instead of HBO, middle America would start to understand. This short should be part of our collective cultural curriculum.

Heaven is a Traffic Jam on the 405

Mindy Alper’s art alone would justify a documentary exploration. That she lives with crippling mental illness that led to her undergoing electroshock therapy only makes her story more vital. The most common attitudes towards those suffering from any combo of anxiety and depression remain dismissive or judgmental, and even those who allegedly embrace and sympathize with those suffering often won’t take the time to consider the brutal reality. Alper is inspiring in that she has used her art to heal, to share and to generally survive, but the true triumph of this short is in its willingness to resist telling a story about “overcoming mental illness” in favor of telling a story about empathizing with what mental illness truly looks like.

West Virginia isn’t just a state full of people routinely fleeced by conservative politicians. In the grips of a heroin epidemic so bad that one county spent $100 million in associated costs for just one year, women have stepped forward to tackle the crisis with compassion. Understanding that an overdose is a symptom and not the disease, these women attempt to combat a community that asked whether the availability of a drug designed to save the life of someone overdosing was “enabling” addicts. The matter-of-fact presentation avoids a temptation to sensationalize both the remarkable responses to the tragic issue and the palpable pandemic of suffering.

This is the “worst” of the bunch, and it’s still going home with a grade good enough to hang on the fridge. This follows a high-end French restaurant that is staffed entirely with ex-felons. What’s amazing is the restraint in refusing to ordain the founder of this establishment as a semi-saint and in choosing to realistically document the “low” success rate. It is hard to shake off the shackles of a life that included time inside America’s prison system, a place so heinous the United Kingdom just refused to extradite individuals into it. The optics of a white savior starting this “experiment” are at least somewhat muted by allowing a close-up look at the lives of genuine human beings afraid of the deadly vice of recidivism.