Home » Film » I Hope You Get Scurvy 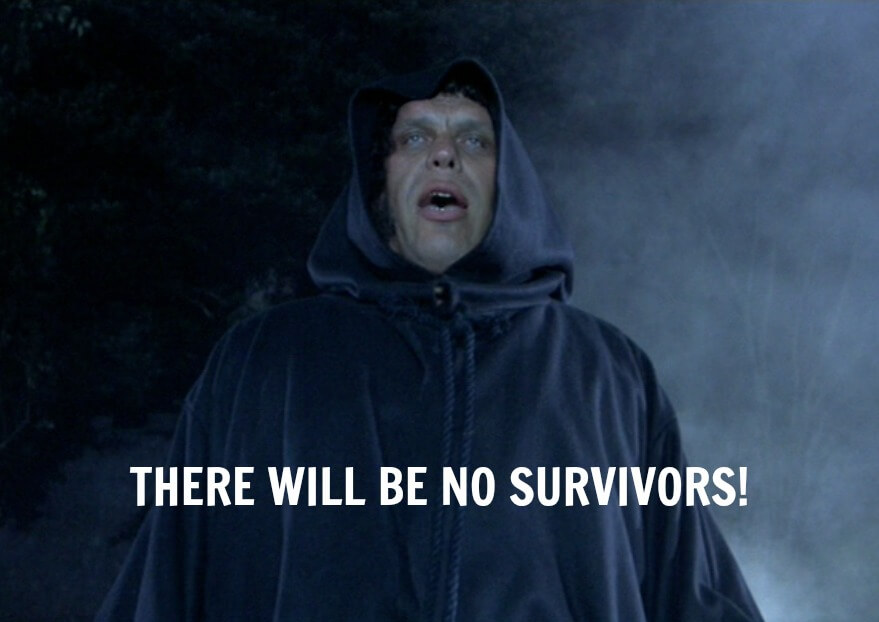 With candles lit in adoration to the patron saint of entitlement, every pirated piece of content is a tiny prayer to Veruca Salt. “I want it,” the internet thief proclaims to an invisible daddy, “I want it now!” Enough already. Excusing and ignoring these behaviors by those affluent enough to afford to purchase art was always grating to those of us who are or who have loved ones trying to make a living via creative production. But we now live in an era when government funding for the arts is most assuredly under siege, when the presence of art in the classroom is no longer guaranteed protection and when the voices that may save our sanity and forge a way forward most desperately need our patronage.

So how do we solve a problem like Maria, who totally torrented The Sound of Music? Not via shaming alone, even if that sounds like my approach. Sorry, you can take the snark out of the critic but you can’t take me too seriously, right? I do have a modest proposal to offset thievery. It’s not perfect, but it’s better than watching a wave of bogus Dread Pirate Roberts act the douche without remorse.

Justifications for the piracy of movies, music or other art are almost always utter nonsense at best and pretentious bantha poodoo at worst. One of the only understandable and defensible criticisms—that capitalism has sorted art into a class system, wherein the poor are left to starve for creative sustenance—is rarely invoked but very much worth discussing (which we’ll do below). But by and large, the logic passed off as permission to pirate is a balloon filled with farts waiting to be popped. Here comes the needle.

A recent poll found that nearly 70% of consumers admit fully that piracy is illegal, but 32% said they do it anyway. All hail you daring rebels… What’s more, 39% said that knowing these behaviors directly result in less money being given in support of artists changes nothing. Another way of saying that is, “I like a thing. I want to consume the thing. I will directly act in opposition to supporting the thing.” Major studios—who are by no means truly victims or heroes here—overinflate the ever-loving crap out of estimates on piracy’s effect on bottom lines. Still, it does conclusively take at least $7-12 billion out of the global economy.

Worse, it gives suits an excuse. They underpay writers and other behind-the-scene workers, avoid employing minority creators and women and favor remakes/reboots/sequels/adaptations to original content because “bottom lines are suffering due to piracy.” It’s a shitty excuse. You and I know that. But they get to make it because young white people with disposable income pirate buttloads of stuff out of entitlement and boredom. I’m not suggesting that boardrooms filled with chubby Cialis users would suddenly fork out the cash to diverse creators without piracy, only that it is giving them a gold-plated excuse why they don’t have to.

Knowing that those who steal content do so without remorse while fully aware of the illegality brings us closer to my proposed “solution,” but we have one more logical hurdle, which is the best event at the Brain Olympics. There is something to be said about the oft-prohibitive cost of art. This part of the discussion requires playing footsie with a gigantic, hydra-headed beast that is the American economy, so I’m not going to wade too deep into those sewer waters.

Let’s all agree, some people genuinely cannot afford art. Movies do not fill bellies, written words and illustrations cannot be used as clothing and music does not cure infections. With more and more Americans finding themselves playing a quasi-reverse limbo, trying to keep themselves above the poverty line, asking them to fork over cash to watch a movie seems cruel. So too does the alternative of forcing them outside the cultural collective, telling them to go without because of the same fetid, reprehensible logic that leads to cutting arts funding from budgets: “it’s not truly necessary.”

But I’m going to blow your mind…provided you’ve never looked around and critically considered your fellow Americans. The people who steal ebooks? Most often well-educated professionals. The people who illegally download movies and music? They are the ones who can most afford it. These thieves aren’t ersatz Robin Hoods. They are those who have benefited from the robbing of hoods and steal because they want to. Those who are impoverished, struggling or hurting are not the ones in need of reform. To those who understand the value of art, there is little difference between stealing food to sate the stomach and pirating content to sate the soul.

Your Penance is Due

Back when reality bit, empires recorded and I was young and dumb, I pirated stuff. I realize it was a dick move, and now that I have the means, I not only pay for all my content, I pay for others to enjoy content and I back artists whose work I think matters whenever I can. My 2001 Mitsubishi Galant will attest that I am not some wealthy fatcat. I’d say my wardrobe attests to the same, but that’s just my almost impressive level of fashion ignorance. I do consider myself fortunate and try to be a patron.

I dig the shit out of this term: patron. From the Latin patronus, the word means “defender” and “protector.” It’s one of the reasons I’m a big fan of the site Patreon. That site, along with the ubiquitous Kickstarter and Gofundme and many more, allow those of us who value artists to show them we care by giving them money, which is like giving them a hug without germs, sweat or unwanted touching. Beyond donating to artists and funding projects, buy content for friends and those who can’t afford it. Gift digital copies of movies or tickets, buy and send albums you think friends should hear or purchase hardcopies of books and comics for them to read. If you’ve engaged in piracy, this is a debt you owe provided you can afford to pay it.

To flirt with the hydra again, America is immersed in a long-standing atmosphere of self-interest and greed. We have a thriving, flourishing piracy culture. Nobody is afraid to admit it. Nobody feels bad about it. We are most likely not going to get it to stop. Maybe the answer is to create a counterculture of creative support, to spark an uprising of patrons. The patrons may never rival the pirates in sheer number, but I do believe that such a movement is a possible salve to the ills of art theft. If it’s that pirates generally dress cooler, we can start wearing jaunty hats, and I’m open to getting a parrot.