Home » Film » Not Buying It 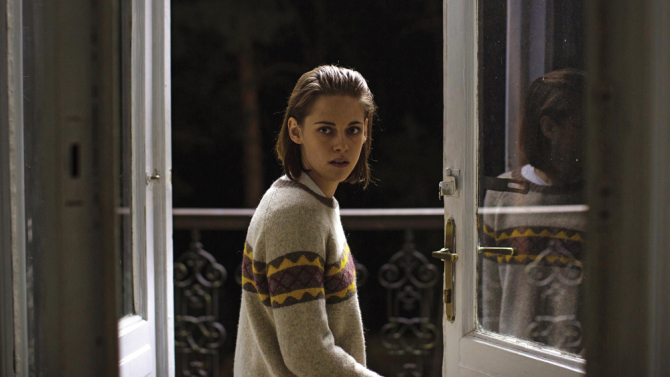 You want to play games Personal Shopper? Fine. Let’s play a game. You clearly want me to give you an “F.” You want to be polarizing so badly because you think it’ll make you meaningful. You deserve an “F.” But I refuse! My fellow critic, Ryan Syrek, and his partner, Matt Lockwood, have joked on the Movieha podcast that “D-” is the “grade of shame” because it means a film is so irredeemable that flat-out giving it an “F” somehow feels too prestigious. By “upgrading” you to a “D-,“ I’m actually downgrading you. So there.

I guess you could say Personal Shopper is about Maureen (Kristen Stewart), a personal shopper who travels Europe buying clothes and accessories for her reclusive celebrity boss. Maureen is also a psychic medium desperately searching for any sign that her recently deceased twin brother is at peace in the spirit world. She’s also in the middle of a quarter-life crisis that is exasperated by a heart condition that could kill her at any moment. Oh yeah, and Maureen’s getting bizarre text messages from an unknown number that might be a ghost. Or whatever…

Personal Shopper exists just to toy with you. Writer/director Olivier Assayas doesn’t have a real story to tell, so he piles ambiguity on top of more ambiguity because he thinks you’ll be intrigued enough to start digging for the film’s “deeper” meaning. Only, Assayas forgets to actually give the film a deeper meaning. Personal Shopper fans can complain all they want that I simply didn’t “get it.” But there’s nothing to get. Even reading other critics, I’m shocked by how many positive reviews seem to take massive leaps in claiming what the film is actually “about,” citing the flimsiest evidence.

More shocking is the high praise for Stewart. Personal Shopper is one of those films that tries to center itself around a “tour de force” lead performance. But all Stewart does is fidget and tremble. After a while, she starts looking ridiculous. Several sequences throughout the film feature long close-ups of Stewart’s fingers as she’s texting the unknown number, and her thumbs shake so violently that it’s a miracle she doesn’t type pure gibberish. I understand Stewart’s playing an anxious character dealing with grief, but it really just looks like she’s jonesing for a cigarette for the entire film.

Some folks dig films that string them along by pretending relentless ambiguity is the same thing as profundity (cough, David Lynch fans, cough), but I get irritated. Playing games like this is the laziest storytelling I can imagine because all it does is cheat the audience. You’ll walk out of Personal Shopper feeling like you missed the point, and that’s completely unfair to you…because there isn’t a “point” to miss. That’s not just lazy or cheating. It’s also extremely condescending.

For that, I give Personal Shopper the grade of shame. It doesn’t deserve to be immortalized by the iconic “F.” It’s not good enough.