Home » Film » Where My Movie Muslims At? 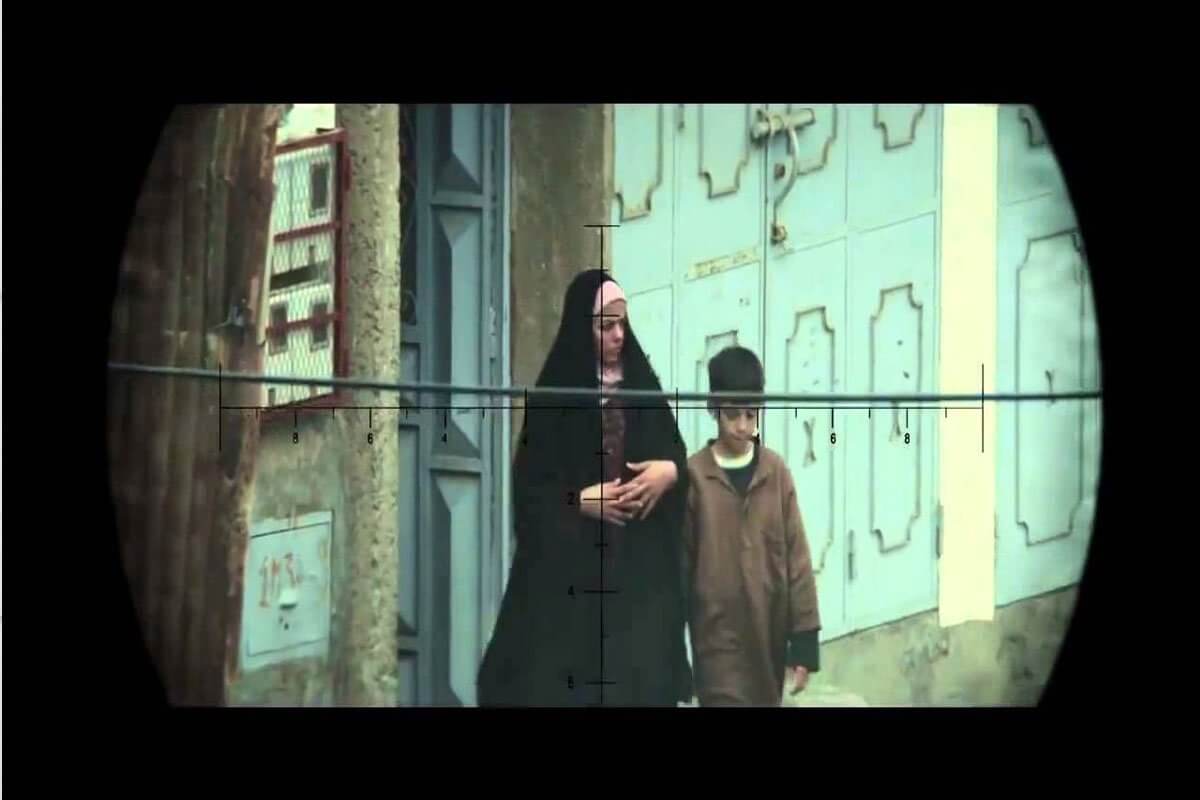 Trumpet the advent of social media all you want: The truth remains that we live insular, segregated lives. Studies after studies after studies show that we seek out those who think and believe as we do, that we are obsessed with having our world views validated, not challenged. On the one hand, this is mildly innocuous and pays for itself with common sense; the very spine of any nonfamilial relationship is some measure of shared interest or mutual understanding. But there is a quiet danger fostered by our insatiable need for cultural and religious homogeneity, a goblin of intolerance fed from the food scraps pushed off a table surrounded by like-minded people.

Donald Trump’s comments regarding the detention, expulsion and exclusion of Muslims didn’t sink his maggot-laden, hate-fueled campaign; they elevated it. His distancing from the “Island of Misfit Toys” that represented this year’s crop of GOP primary candidates was due, in a not-insignificant way, to his stance against those of the Muslim faith inside and outside of America. The frothing redneck apes who threw up slanted right arms that bent towards World War II-era Germany were easily accounted for as subhuman pig people. But those loudmouth human trash heaps weren’t enough to account for Trump’s popularity on the issue. No, that required a quiet collective who didn’t so much scream “huzzah” at Islamophobia as much as they nodded their heads and hit their polling place.

And movies are to blame.

Let me explain by using a suddenly dated and uncomfortable (but important) well-known example. In the 1980s, the black and white racial divide was bridged in a meaningful way by a hugely popular sitcom. As Jake Flanagin wrote in a great opinion piece in The New York Times back in 2014, The Cosby Show “was a remarkable show about the power of the unremarkable.” As has been discussed in countless analyses, all of which are so much harder to read in the wake of finding out Bill Cosby was super interested in booking a first-class ticket to whatever version (secular or holy) of eternal damnation you accept, the influence of The Cosby Show was a direct result of its depiction of a middle-class black family as piercingly “normal.” Previous shows, like The Jeffersons, treated the concept of black affluence within a loving nuclear family as novel. But the Huxtables were both window and mirror: a reflection of black reality and an insight into such lives for white audiences.

Expanding beyond race, the 2005 text Religion and Popular Culture in America lays out the case for a reciprocal influence between popular culture and religion. The essays explore the ways in which music, fiction and other aspects of cultural ephemera have both shaped and been shaped by religion. As “no-brainer” as it may seem, the influence of this binary function inherent in pop elements cannot be understated, especially when it comes to issues of tolerance. As Kris Dunn and Shane P. Singh argue in their 2014 article in the journal Democratiziation, “when individuals are exposed to diversity under positive or neutral conditions, they become more tolerant of diversity.” This is an element of what they call “pluralistic conditioning.” The flip side being, if the exposure is negative, intolerance is fostered and thrives. Uh oh, Spaghetti-Os.

Given that we know people do not seek out friends from the land “outside their ideological umbrella,” the pluralistic conditioning afforded by cinema becomes a paramount influencer. That’s real fancy talk to say that here in America, the only Muslims most folks know show up on that ole TV or in them thar movie theaters. Polls constantly show that Americans just don’t understand Islam. We don’t grasp the faith, the attitudes of followers or even basic demographic information. In the absence of real education and actual experience with flesh-and-blood Muslims, Americans rely on arguably the most dominant culture influencer: Movies. Hoo boy.

If the average American’s extent of knowledge regarding Islam is reduced to Hollywood depictions, Trump’s ascendancy on the back of anti-Muslim rage makes more sense, right? American Sniper, a book written by a documented liar, was turned into a movie directed by a demented asshole who talks to empty chairs in public. Clint Eastwood’s rah-rah, kill-them-evil-Muslims film was the number one movie at the domestic box office in 2014. It did goddamn superhero money, despite starring obvious real-life supervillain Bradley “Please Punch My Face” Cooper. It raked in the dough not because the film is anything resembling “good.” It made cash because it trafficked entirely in naïve patriotism, the kind that looks great in catchphrases on hats. The kind that reinforces bigotry and ignores American missteps in favor of pointing at brown people and yelling “shoot.”

In Ibrahim Kamal’s must-read article “How Hollywood Makes Muslim Lives ‘Ungreiveable’ in the War on Terror,” he asks the kind of question that devastates anyone who still considers compassion a virtue. He writes “Is it any surprise that an American public that routinely sees Arabs and Muslims depicted as monsters and the killing of women and children as justified, has no regard for their real-life deaths?” I’d suggest a mic drop after that crippling inquiry, but that’s typically a celebratory gesture, and there’s nothing worth smiling about here. Instead of humanizing the “other,” instead of working to deconstruct ignorant preconceptions, we get unwatchable tripe littered with stereotypes like London Has Fallen. Jack Shaheen’s Reel Bad Arabs found that in about 1,200 depictions of Arabs and Muslims in the movies, 97% were unfavorable. And you wonder why even alleged liberals like Bill Maher feel comfortable barfing Islamic ignorance and then finger-painting with the vomit.

And yet, to adopt a measure of optimism that 2016 hasn’t earned, in knowing a root cause, we know a root solution. We need a name for the term that doesn’t reference a serial rapist, but the Cosby-fication of Muslims in cinema represents an untapped opportunity. The efficacy in showing Flanagin’s “power of the unremarkable” may well be the closest thing we have to a “sure thing” when it comes to fostering tolerance. Marvel Comics is currently publishing Ms. Marvel, a peerlessly brilliant comic book about a young girl navigating romantic relationships, high school, her parents and the demands of being a superhero. Her happening to be Muslim is simply a characteristic that fleshes her out, inflating her into a fully three-dimensional heroine who both is and is not defined by her faith. I love comic books, but imagine the influence of a character in a comic book movie appearing as such. That’s a billion-dollar prospect.

In an ideal world, every American would know an actual Muslim in real life. Sadly, operation “Give Joe and Jane Six-Pack an Islamic Buddy” isn’t going to get congressional funding. Thankfully, the platform is there to establish a pseudo-relationship with make-believe friends who can pluralistically condition audiences toward a tolerance that would make Trump the irrelevant orangutan Cheeto he should have always been seen as. The impetus then is on those of us who acknowledge this untapped tolerance-teaching outlet to ask the question that formed the title of this here essay.

Where are my movie Muslims at?