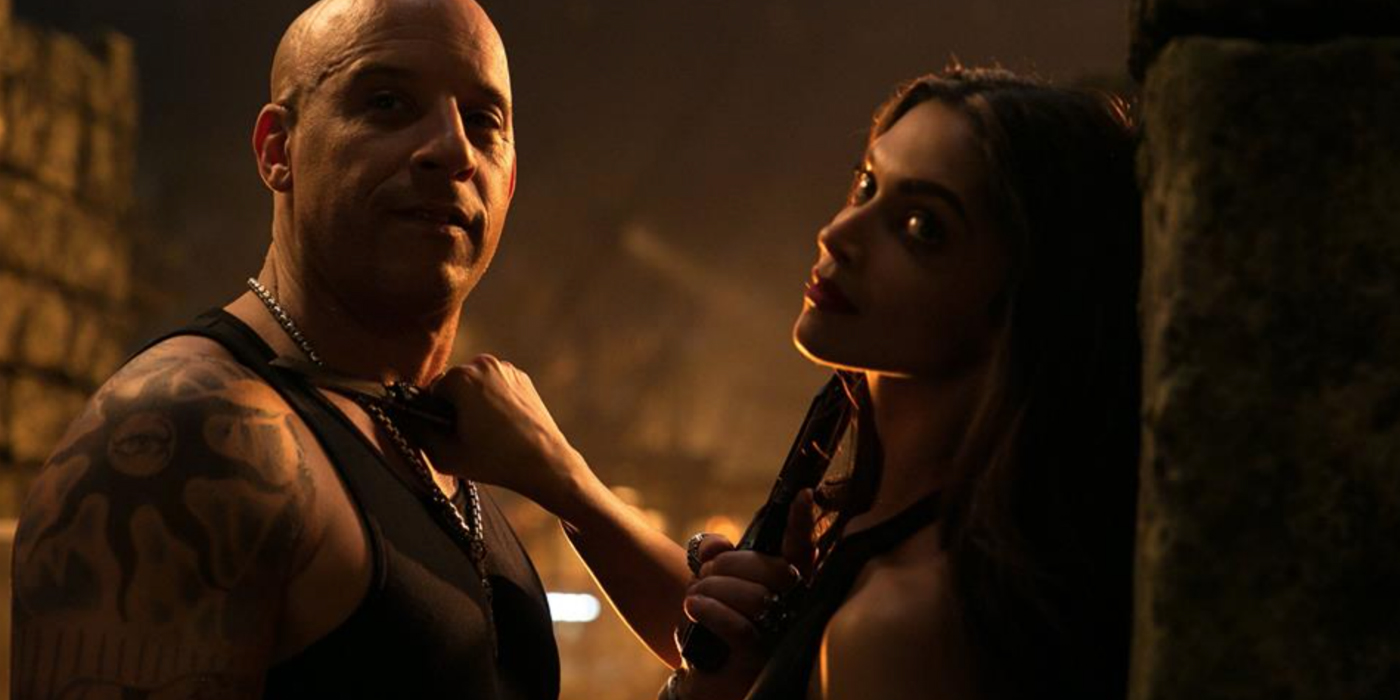 Vin Diesel’s Xander Cage is a derpy, muscled, sentient ESPN commercial for the X-Games. In the first movie, he was recruited into the government by Sam Jackson to do kick flips and wheelies for justice. In the second movie, his character was killed off-screen so Ice Cube could engage in some vaguely racist bullshit. In this third installment, he is unkilled so he can hunt for a magic computer box that bad people want to use to do bad things.

Everyone knows, when it comes time to stop evil people from getting a magic computer box, you’re going to want two people first and foremost: a DJ with no discernible skills or talent (Kris Wu) and an idiot who crashes cars every time he drives them (Rory McCann). Cage also accidentally recruits Adele Wolff (Ruby Rose), whose sniper skills are applicable to the situation at hand. This ragtag bunch of Xtremers first fight and then join forces with Xiang (Donnie Yen), Talon (Tony Jaa) and Serena (Deepika Padukone) to form the most diverse collection of good looking people this side of a college recruitment brochure.

Although it’s nice to see another would-be-blockbuster series embrace diversity, stereotypes and male gaze abound. For example, Nina Dobrev plays a character so in awe of Xander’s sweaty, vest-wearing mongoloid that she is talking sex swings and safe words before we even find out she’s supposed to be a braniac computer expert. She also flirts with Rose’s character in a way that can only be described as “written and filmed by a dude.”

Xander Cage’s return is no triumph nor prophesy of good times ahead. It’s just an off-brand version of Fast and Furious: the Toasted Whole Grain Oats to Cheerios, the Mountain Lightning to Mountain Dew, the Go-Bots to Transformers. If you’re starving for entertainment, it may keep you alive, but nobody will prefer the xtreme taste or flavor.