Home » Film » Surprise and No Surprise 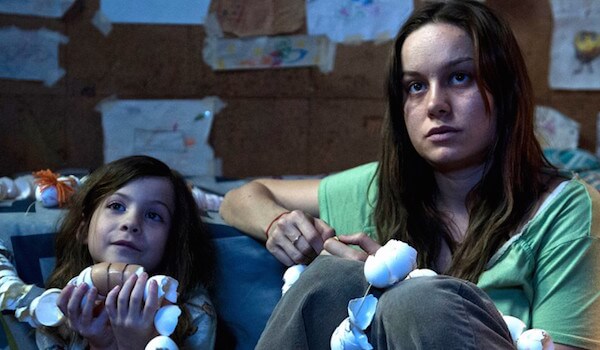 The MPPA needs a new rule. Before film trailers can be officially released, they must be conditioned with A Clockwork Orange-style aversion therapy to not spoil the films they’re advertising.  Strap them down, ply their eyes opens and subject them to hours and hours of every trailer for the new Star Wars movie on a loop, so that they learn the value of holding back a bit. It’s old news that film trailers reveal too much, but it’s a bummer when the best things about great films, like Room, are their surprises…which are advertised.

Director Lenny Abrahamson’s new film opens in a place called Room, a universe roughly the size of an average toolshed. Room provides its two occupants, Joy (Brie Larson) and her five-year-old son, Jack (Jacob Tremplay), with a few basic comforts—except space. Joy and Jack enjoy working together through their daily routines and rituals, and the rare chemistry between Larson and Tremplay turns their everyday tasks into fascinating interplay. I’ve said this before but, sometimes, just watching people do…stuff…can be riveting cinema. Especially when you’re watching actors this good.

Every now and then, a child actor comes out of nowhere to deliver a performance of a role that it turns out they were born to play. It feels like Jacob Tremplay was birthed specifically to appear in Room, with a performance that’s versatile enough to be explored at length after the film eventually assumes Jack’s perspective. Jack is undeniably reminiscent of Quvenzhane Wallis’ character, Hushpuppy, from 2012’s Beasts of the Southern Wild, even if Tremblay isn’t quite as good as Wallis was in her film. But not being quite as good as Hushpuppy is still pretty freaking good.

By the time Room assumes Jack’s perspective, Joy is claiming that there is an entire world outside the walls of Room and she’s struggling to explain how much more space there is beyond the edge of the universe. Jack is furious, literally unable to comprehend it. However, supplies from a man called Old Nick (Sean Bridgers) and a nighttime visit from a field mouse suggest that Joy may very well be right. The end of Room’s first act pivots on a pay-off that doesn’t land as hard as it should, but still manages to be invigorating.

I don’t need to say much about Brie Larson other than that she was one of my favorite actresses before Room, and she is still one of my favorite actresses after Room. Her performance will probably turn her into one of your favorites, too. Unfortunately, revealing too much about just how good she is would spoil too much about just how good the story of Room is. I have a feeling it’s a film that is here to stay, and rightfully so. Room is every bit as good as I’ve heard it would be, maybe even a little bit better. Avoid the trailer if you still can, and Room will deliver the best surprises you can hope for: surprises that you don’t know about.