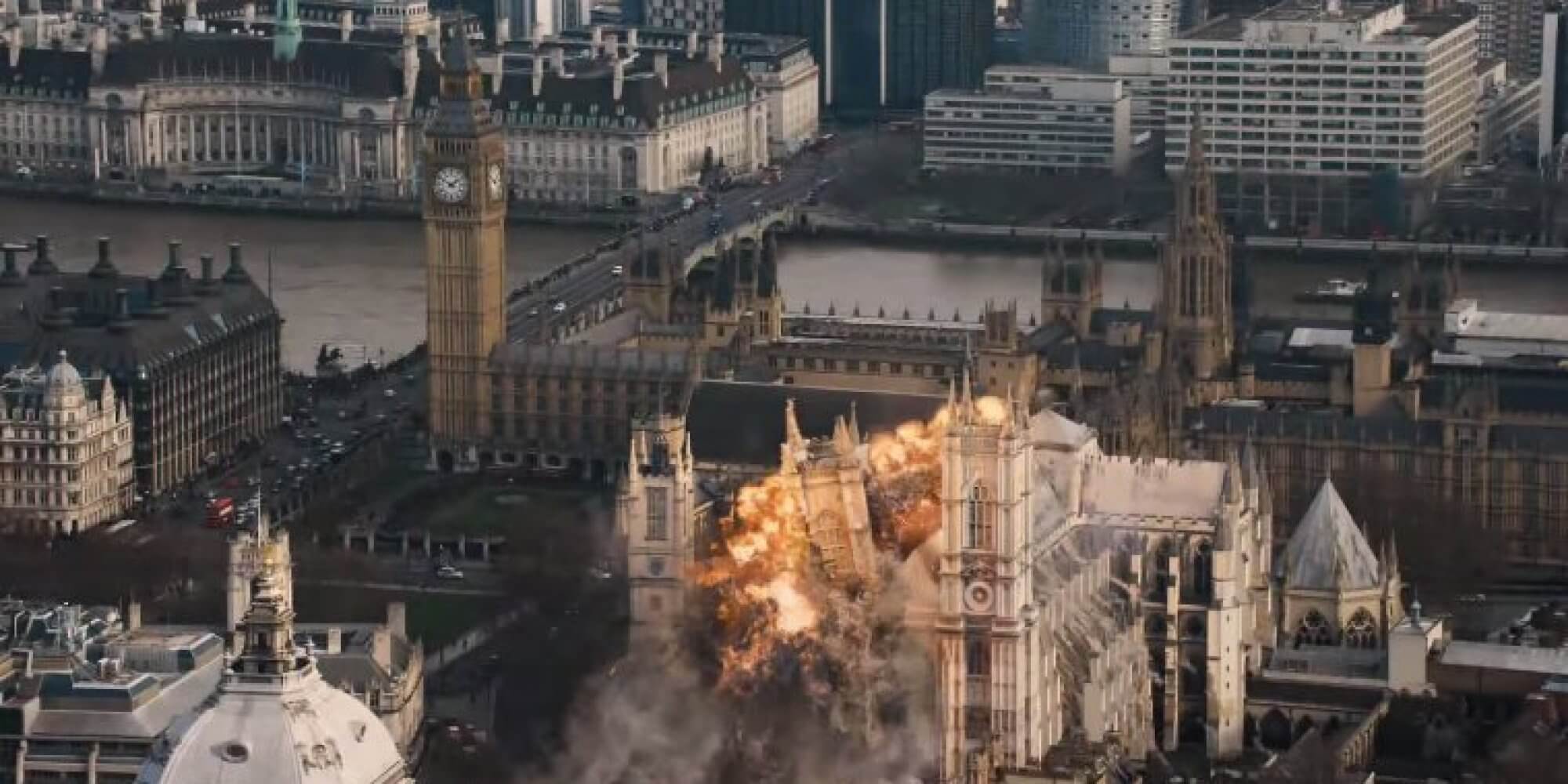 Donald Trump. His name isn’t mentioned, but his presence is felt throughout London Has Fallen, an action film about the cartoonish nightmare scenario keeping Trump supporters awake at night. A sequel to 2013’s Olympus Has Fallen, the president is under siege…again…after an omnipresent terrorist group, capable of executing a massive attack anywhere at any moment, captures the city of London. The internet savvy terrorist group in the film is unnamed, but it might as well be called “super-ISIS.”

Much like Trump, the hero of London Has Fallen will do things to terrorists that are much worse than waterboarding. Ever-reliable secret service agent Mike Banning (Gerard Butler) is back to save the day, and his moral stance is clear: “Everyone is a terrorist asshole, until proven otherwise.” Banning hacks down terrorists with gleeful abandon, preferring to finish his enemies with a knife, slowly and in close quarters. Plenty of action film heroes are morally repugnant, but few have so whole-heartedly embraced their lack of conscience. Not even in Olympus Has Fallen.

This time, Banning and president Benjamin Asher (Aaron Eckhart) are mostly paired-up, a mistake that only makes Banning appear more sadistic when Asher is disgusted by such violent behavior. Outside of London, Morgan Freeman and Melissa Leo reprise their roles from the first film because I guess London Has Fallen needed at least two more apparent connections to its predecessor. For whatever reason, the events of the first film are never discussed. Probably because the events of Olympus Has Fallen meant this film’s scenario could never happen, not even within its own exaggerated world, but who knows?

London Has Fallen filmed almost a year ago, and was written long before that, but it has become timelier than its creators could have ever anticipated. At the beginning of the film, the sweeping assault on London is eerily reminiscent of the Paris attacks that occurred late last year. Even most of Banning’s logic and attitudes feel like they’re stitched together from popular sound bites of Trump discussing foreign policy, which becomes unsettling when Banning has a bit too much fun killing foreign bad guys.

How about the action, though? Is it any good? Not really. Well, sort of. After a series stale explosions, fistfights, knife fights, and shootouts, a scene near the film’s climax could be one of the best action sequences of the decade. What?! That’s right. The action in London Has Fallen finds its personality about twenty minutes before the end credits roll, with a sequence made to look like it was filmed in two long, uninterrupted shots. I’m sure the sequence is what Call of Duty fans have been dreaming to see on-screen for a long time.

When Trump supporters lay in bed tonight, their minds will be haunted by the terrors of their own ignorance, and those terrors will look a lot like London Has Fallen. They’ll envision a prominent Western city being destroyed by super-ISIS, and their only hope will be a foul-mouthed, American sociopath. Just like London Has Fallen, the finer details of their nightmares will be unimaginative.