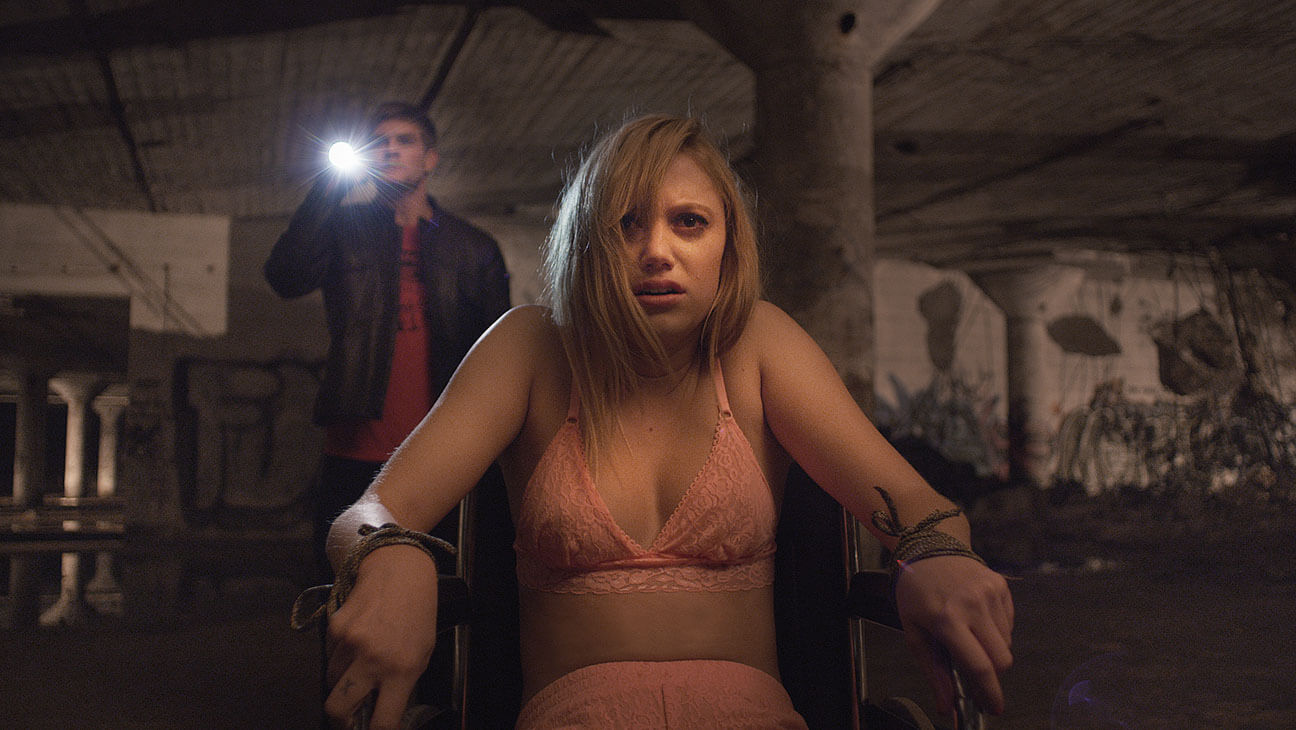 Writer/director David Robert Mitchell’s It Follows is an alarmingly well-reviewed throwback horror movie that follows Jay Height (Maika Monroe), whose vagina gets cursed by Satan after she does it with her boyfriend. He straps her to a chair and explains she’s got poltergeist AIDS now because he had it and gave it to her. He says she’ll be followed by a shape-shifting monster thing that will slowly walk at her, and if it touches her, she dies.

The rest of the movie is Jay and her friends playing a game of “let’s do something even dumber now.” Whoever It Follows slept with to get the indie horror buzz that’s surrounding it, here’s hoping their baby-making parts are now the target of demons. It’s not good, and you shouldn’t see it. The remainder of this review will be spent asking questions of Mitchell.

David, why did Hugh (Jake Weary) change his name, break into a house and slowly seduce Jay to rid himself of the curse by “passing it on” instead of finding a sex worker? The movie is set in Detroit. It’s easier to find a hooker than a decent job.

David, I know it’s hard to find good actors and actresses, especially young ones. But there are local car commercials with more convincing performances than this. Like, it’s easier to believe Crazy Larry actually is losing his mind over those low, low prices than that Kelly (Lili Sepe) gives a shit about her sister’s vaginal possession.

David, what’s with your, quite frankly, rather icky obsession with staging Jay half nude? Why is she constantly in a bathing suit or underwear? Was that budget cuts? “Sorry, Maika, it was either buy you a shirt that covers your midriff or get Danny the sound guy some Subway for lunch. Choices were made.”

David, what’s the metaphor here? Because there is a metaphor, right? Right?! At first, it seemed to be some kind of slut-shaming analogy, like a B-movie satire of the Puritanical condemnation of early sexual exploration. But…then the ghost/creature thing showed up as a kid. And all the sex was so sad. Oh, more importantly, whatever personal psychoses you were working out when you wrote “then the demon turns into his mother and she dry humps him to death,” we didn’t need to see that.

David, are you aware that films typically have a climax? Oh, and that no one loves extended sequences of people driving places? The pacing early on was promising, what with the cool scene where Hugh makes Jay watch as slow-walking cootie monster comes after them. What happened? “I know what the people want! Driving! Lots of driving! Driving and sleeping!” The last dude who filmed this many teenagers sleeping is likely still in prison