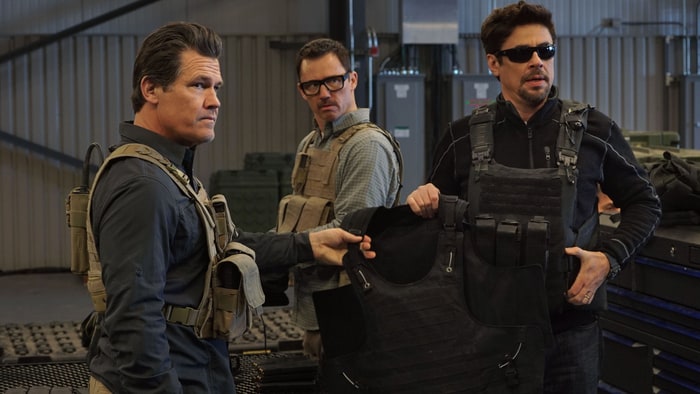 If Fox News made Ambien, the opening sequence of Sicario: Day of the Soldado would be its signature hallucinatory nightmare. A classic “You got peanut butter in my chocolate!” mashup of fear-mongering stereotypes sees Islamic terrorists joining forces with Mexican drug cartels. Here in the unreal real world, the Supreme Court just gave a high-five to xenophobia via a Muslim travel ban while arguments are erupting over whether the cages we’re keeping kids in at the border meet the technical specifications of concentration camps yet. So it’s unquestionably the worst possible moment in American history to roll out a stupefyingly dumb action movie where the premise is Stephen Miller’s wet dreams. To put a finer point on it: The only argument is whether Sicario 2: The Sickest Ario is more casually offensive than it is lazily bad.

The best part of the first Sicario was Emily Blunt, so clearly she wasn’t invited back. Hey, who needs a dynamic actress with limitless range when you can make a two-hour epic bro-down in which Josh Brolin wears cargo shorts and crocs, am I right?! Writer Taylor Sheridan brings his vast life experience as a white person who has sometimes lived near brown people to bear on 2 Sick 2 Ario. Government goober Matt Graver (Brolin) is given the green light to start a war between Mexican drug cartels. Alejandro (Benecio Del Toro) has apparently spent his free time since the last movie cross-stitching an “I sure do miss killin’!” pattern, dreaming of once more making murder upon the kingpin who killed his family.

Graver gets Alejandro to kidnap the daughter (Isabela Moner) of a cartel leader in the hopes of pinning it on a rival group and starting mayhem. Sicario 2: I Say Sick, You Say Ario is one of those movies that confuses changing locations with actually developing a storyline. So the vast majority of the runtime is spent reading small white text in the lower left corner of the screen to see where the people who aren’t telling any kind of meaningful story are now. The first film was a fascinating exploration of one woman’s descent into a hellish world where the border between right and wrong pixelates into a vanishing point. Sicario 2: The Sicarioquel just points at criminals and government stooges and says “Bad.”

One of the most shocking things about Sicario 2: Armed and Fabulous is how hideous it looks. This isn’t a “shock and awe” reaction to the violence, but a technical assessment. Scenes are often framed where it’s impossible to tell who is talking and everything looks like dookie was smeared on the camera. The only thing more unpleasant than the visual aesthetic is listening, for a second time, to a white screenwriter condemning a world he once lived near and Googled. Maybe the next time we explore the callous brutality of Mexican crime, we let someone who at least lived on that side of the border talk about it?