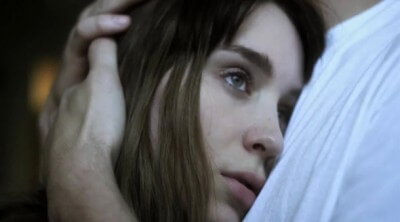 Feel free to call director Steven Soderbergh’s latest film (and potentially last, if you believe his retirement threats) a wacky mallard because it is one odd duck. If a Hitchcock movie took a Dateline NBC segment behind the art house theater and got it pregnant, Side Effects is what would emerge from the birth canal. Like Frankenstein’s monster or fans of “Two Broke Girls,” this film shouldn’t exist and definitely shouldn’t work. And yet, it does. Boy howdy, does it ever.

Writer Scott Z. Burns’ script plays chess while other thrillers of this ilk are content to bumble their way through a drunken game of checkers. And Soderbergh sets the hook in the audience by using some tasty bait: Rooney Mara. The angsty, elfish waif crushes it as Emily Taylor, who we meet visiting her husband (Channing Tatum) in jail, where he’s doing time for insider trading. Upon his release, Emily’s ongoing battle with depression goes from “it’ll get better, kiddo” to “hide all sharp objects.”

After playing chicken in her car with a brick wall (who, by the way, did not flinch), Emily finds herself randomly in the care of the on-duty psychiatrist at the hospital, Dr. Jonathon Banks (Jude Law). For reasons that shan’t be spoiled or soiled here, Banks winds up having to contact Emily’s old therapist (Catherine Zeta-Jones). And that’s when things go from maudlin to “mwahahaha.”

Knowing that a luminary like Soderbergh is on the project will tempt you to scan the film for some kind of social commentary on our overmedicated, pharmaceutical complex-controlled society: Resist that urge for the red herring it is. Any observations about the impropriety of drug advertising are purely Burns and Soderbergh having some cheeky fun. This is an old-school thriller, a whodunit where we know who did it. And damn does it crackle.

Just as Liam Neeson’s turn last year in The Grey, and that film itself, was forgotten by the time the designated period in which we reward performances and films rolled around, so too will Mara and Soderbergh find themselves on the outside looking in come next year’s back-patting ceremonies. Which sucks. Mara absolutely obliterates a role that requires more 180-degree turns than the Winter X-Games. Meanwhile, Law punches far above his usual weight class as a remarkably complex protagonist. Hell, even Channing Tatum doesn’t totally blow!

This is because Soderbergh is an elite director who has never, and may never, get the full credit he deserves. His ability to coax audience-friendly films to the upper echelon of their genre is a gift we overlook too willingly. Like his exceptional last project, Haywire, Side Effects will be lost due to its place in cinematic limbo: it is too well-acted, methodically paced and smart to be popcorn fare and too full of slow-burn, mainstream thrills to be considered art.

Please don’t leave us with an “either/or” world in which movies are either entertaining or creative, Steven. Please…don’t go…