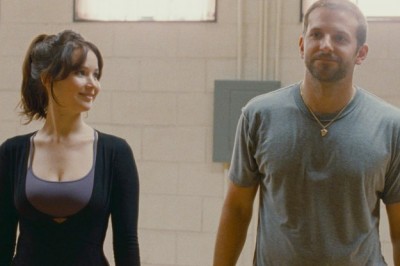 Writer/director David O. Russell used to go “full retard.” This is to say that in search of making meaningful art, he was willing to offend folks (which is why there is a cultural slur in the statement above). Russell’s latest, Silver Linings Playbook, chooses to adhere to that mantra, spoken by fictional actor Kirk Lazarus when he proclaimed that only by playing it safe, only by rounding off sharp edges of extreme personalities or the reality of mental conditions, will mainstream America reward you with an increasingly meaningless Oscar.

Russell has been dusting his coveted Oscar shelf since The Fighter, when he watered down the blistering tone of his Three Kings and the existential glee of I Heart Huckabees in favor of grinding out a milquetoast Cinderella story (The Fighter) that was a sports cliché movie wrapped in a “hooked on drugs” movie slathered in melodramatic performances. Russell lost the Oscar but gained the knowledge that such a prize would there, provided he never go “full retard” again.

Take Silver Linings Playbook for example. It features the least violent unmedicated person to ever be forcibly hospitalized for diagnosed bipolar disorder. At one point, his “violent outburst” involves him knocking some magazines over. It also features a woman who develops a sexual addiction because of a swift break with reality; we know she’s still depressed because she wears heavy eyeliner. This is a movie content to feature lead characters with mental illness and then present them with kid gloves; this is a movie in which OCD isn’t the bloodying of hands relentlessly washed thousands of times a day but the quaint superstitious moving of remote controls while watching football. It is the kind of movie that Oscars love, because it is laser-focused on being inoffensive.

And it is. Silver Linings Playbook is totally inoffensive. It is the story of Pat (Bradley Cooper), a man proclaimed dangerously psychotic after beating his wife’s lover, and Tiffany (Jennifer Lawrence), a young and lovely lass who dealt with her husband’s sudden death via nymphomania before finding competitive dance.  It is a kind, sweet, generic and tame romantic comedy that people have somehow confused for a picture of some consequence. It isn’t until the third act, when Pat Sr. (Robert De Niro) wagers “the whole restaurant” on both the results of a football game and the scores in a dance competition that it is recognizable to most as the fluff it has been the whole time.

Lawrence is as charismatic as ever, in a role that asks her to prove she’s “dangerous” and “moody” by knocking over a teacup once at a diner and saying the “F word” sometimes. Cooper still seemingly exudes a pheromone that makes him as pleasing to some as he is unspeakably punchable to others, and De Niro makes what can be considered some kind of effort, a nice change of pace for him these days. And it’s all fine. In fact, it’s pretty good, with some truly great moments of black humor and some well-paced climactic cliches.

But this is the sort of movie that deserves two assessments: one for the film it is (pretty good) and one for the film as the dramatic masterpiece the Weinstein Company and opinonless critics believe it to be (very, very bad). If you see Silver Linings Playbook as pleasant diversionary fare, which it assuredly is, then by all means, feel free to love the crap out of it. But if you see it as a serious exercise, consider the dangers of the explicit message that psychiatric drugs are worthless to a dangerous, formerly institutionalized man, so long as he has a good dance partner.