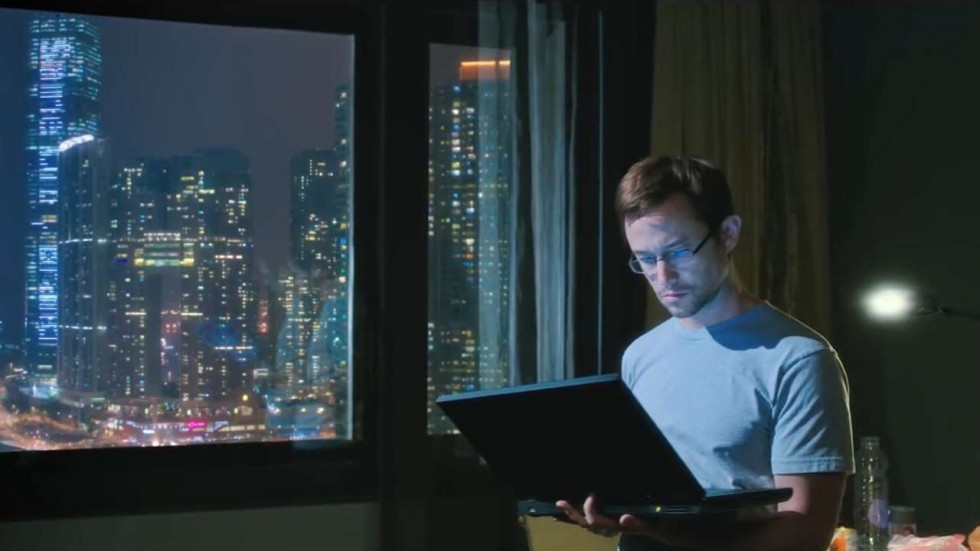 There’s a good movie to be made about the controversial whistleblowing actions of Edward Snowden. It’s a documentary called Citizenfour, and you should really watch it.

Director Oliver Stone’s Snowden, on the other hand, asks the important question: “What’s the most boring way one can approach an inherently fascinating topic?” That answer involves Joseph Gordon-Levitt doing a vocal impression of Buffalo Bill from Silence of the Lambs and Nicholas Cage drunkenly proclaiming “He did it! The kid did it!” from a recliner.

Much like the inert Sully, which somehow looks competent by comparison, Snowden hops, skips and jumps around in time in an effort to craft a “thrilling” narrative structure. Unlike Sully, which somehow is no longer the most boring film released this September, Snowden didn’t have to do this. There’s a built-in arc to Snowden’s patriotic evolution, complete with a thrilling “heist” climax and an international slow-speed pursuit denouement. Instead, Stone’s film condenses all that compelling stuff to maybe 15 minutes so he can instead show us bros pheasant hunting and Snowden gettin’ his swerve on.

We see Snowden (Gordon-Levitt) as he meets his girlfriend, Lindsay (Shailene Woodley), during his training to be a CIA analyst. Determined to serve his country by stopping terrorism, Snowden travels the globe, at each point discovering just how icky the intelligence community became in the wake of 9/11. When he eventually finds that a program he designed is helping to capture buttloads of information on innocent Americans, Snowden steals some files and goes to the press. Then he flees the country and gets stuck in Russia, which means he has an untoppable “worst travel story ever.”

Snowden remains a divisive figure to those who haven’t spent much time truly considering his deliberate, patriotic actions. Stone and company do a thorough job showing his careful process in releasing sensitive materials through respected journalists. But that’s what Citizenfour did…and that movie showed the real events as they happened. Ostensibly, the reason for a biopic on the same subject matter is to explore the emotional crisis of conscience that resulted in espionage or to thrillingly dramatize the boosting of state secrets and subsequent escape. Nope. We get a monotone Gordon-Levitt spontaneously switching to super spy and a run-of-the-mill “will the download be complete before he gets caught” sequence.

What’s maddening is that Snowden’s actual actions are filthy with dense themes and meaning, striking at the core of critical patriotism and asking if a citizen need be loyal to the government or the people. None of that gets explored here beyond the superficial. In Snowden, the final straw is when his girlfriend’s emails are hacked; this reduces his complex rejection of systemic corruption to being pissed people read his lady’s messages. Furthermore, for the amount of time dedicated to the romantic relationship, it’s straight bullshit that the resolution of that union is only described in text at the film’s end.

Snowden is a plodding, pedantic exercise in how not to approach culturally compelling material, featuring one of the most laughable lead performances in an alleged prestige picture. The real Snowden deserves clemency. Snowden belongs in jail.