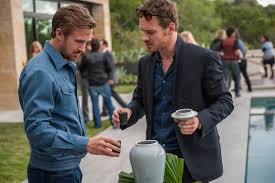 By this point, either you’re on board with films directed by Terrence Malick or you’re not. Nothing in Song to Song will sway you. Like Malick’s previous films, it’s yet another feature-length montage of experimental cinematography, juxtaposing the awesome power of nature against somber white folks. There’s not much dialogue, but the narrators whisper existential one-liners. The plot has a loose trajectory but no traditional story. Song to Song is just more of everything Malick’s already known for. The only new ground Malick breaks for himself is that Song to Song is almost his first misfire.

Although Malick’s films have reputations for being cyphers, the only genuinely confusing element of Song to Song is it’s backdrop. Despite the film’s title and trailers hyping its connection to the Austin, Texas music scene, the music industry has essentially nothing to do with anything that matters in the film. Ryan Gosling and Rooney Mara play struggling songwriters being conned by Michael Fassbender, a sleazy music mogul, but why? We never see these characters songwriting, we never see Fassbender being much of a music mogul and there are virtually no musical elements in the entire film. Hell, there’s not even much of a soundtrack.

Instead, Song to Song’s setting ends up bogging down the film more than anything else. Every time the film detours to cameos of real-life rock stars playing themselves or Malick tries to find the beauty in actual concert footage, he ends up just giving a bunch of drunk douchebags close-ups. It feels totally disconnected. Imagine a film about characters renovating their kitchen that also happens to be set in Middle Earth, for apparent no reason. Every time the characters install a new cabinet or light fixture, the film takes a random detour to tell us more about the Shire—without adding anymore context to the kitchen renovation. That’s essentially what it’s like watching Song to Song. Weird, right?

The other big problem with Song to Song is Malick’s treatment of women. The filmmaker rarely does interviews, so I don’t know whether he’s left-leaning or a conservative guy. But Song to Song gives me the impression that ladies aren’t Malick’s favorite people… The first words in the film are Mara confessing that she can’t have sex unless it’s “violent,” and her character’s entire arc seems to be shaming herself for abusing “the flame of life,” which means sex. Even Natalie Portman and Cate Blanchett make appearances solely as girlfriend characters who can’t seem to keep it together unless men are nearby. Their characterizations are so antiquated that it makes the modern and progressive music setting seem even more out of place when the film cuts back to it.

Those are two major issues the film only manages to slightly overcome. Despite the huge flaws, Song to Song is simply a nice experience. It’s mostly stunning to watch, it’s mostly well-acted and it mostly puts you in a mood that’ll definitely take some conscious effort to shake off. If you’re not a fan of Malick, then Song to Song probably reinforces every reason you don’t like his films. If you are a Malick fan, then Song to Song is everything you hope for. Although I officially give Song to Song a “B-,” for Malick die-hards, I’d bump the film up to an “A-.” I doubt it’ll be your new favorite film by the director, but it’s definitely worth a watch.