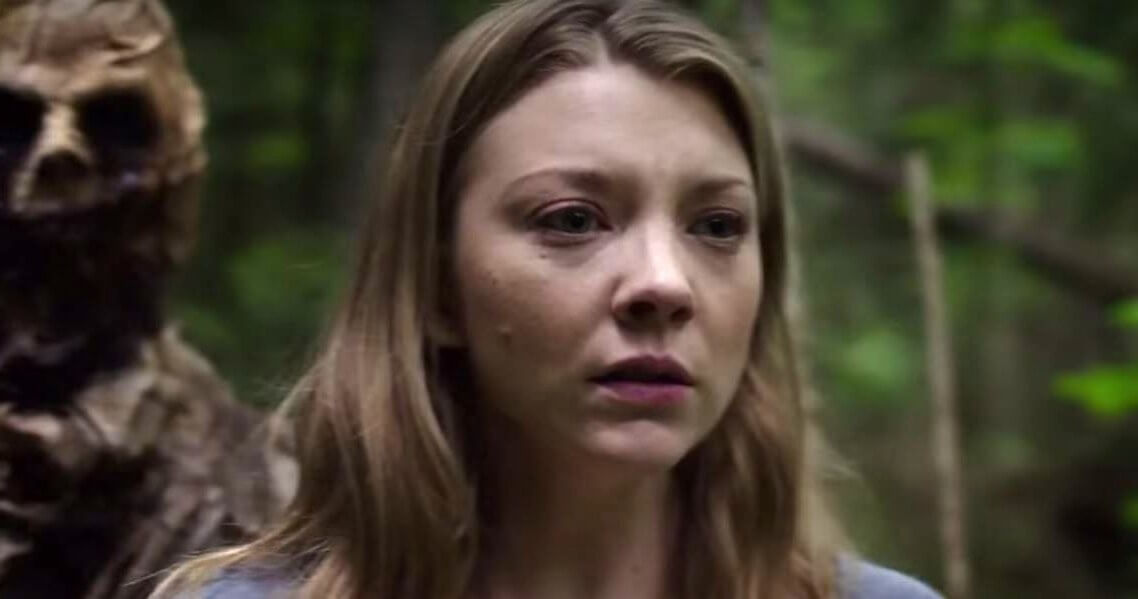 Perhaps the only perk of seeing films in an area where limited-releases usually take weeks, often months, to arrive in theaters is that January (a dumping ground for awful movies) is peppered with films on Oscar shortlists. The Revenant opens in the area this weekend, and The Big Short, Joy and Spotlight are also in town. I haven’t seen some of those films yet but, with the acclaim they’ve been receiving, it’s hard to believe that they could be any worse than The Forest.

The Forest takes place at the bottom of Mount Fuji, a sea of trees that is reputed to be the most popular location for suicide in Japan. For whitewashey reasons, the film follows an American woman, Sara (Natalie Dormer), who enters the forest in search of her identical-twin sister. After discovering that her sister may have vanished under supernatural circumstances, Sara enlists the help of another white Westerner (Taylor Kinney) and a local ranger (Yukiyoshi Ozawa) to search the forest.

Naturally, an awful horror movie about ghosts infesting a creepy forest is chock-full of jump scares, but The Forest isn’t afraid to make its jump scares downright painful. The jump scares in the film are loud. Really loud. Like, so loud that I was wondering if there was an issue with the speakers in my theater. There certainly may have been, but I wouldn’t put it past The Forest to be that lazy. Imagine a haunted house that did nothing but sporadically shoot a gun off, right next to your ear, as you walked through. Sounds terrible, right? After The Forest, I don’t have to imagine.

Between the exceptionally loud jump scares, The Forest works hard to be as bland as it can be. There’s not even a whole lot to discuss. Dormer, Kinney and Ozawa are bad, but I doubt that anyone could have done well in this movie. Wandering aimlessly in the woods doesn’t allow many opportunities for plot development, but those trusty jump scares show up just often enough to convince the characters to turn around…or turn left…or turn around again. None of that really matters because The Forest is whitewashed crap that would never deserve a pass, even if it were good.

Now that the highest grossing film of all time, domestically, actually took some care to try to be as diverse as the galaxy it was portraying, hopefully we’ll see fewer films like The Forest. There’s actually another film about Japan’s suicide forest coming out later this year, starring…Matthew Mccaugnahey. Early reviews indicate that it won’t make much of a splash. It may bring an end to the Mccaugnasaince, but I’m not terribly disappointed. The Forest is the worst example of an awful January movie, and there is no reason for you to see it. Check out some of those awards contenders that I mentioned at the beginning. Hell, go see Star Wars: The Force Awakens again. Just don’t give The Forest your time…or your ears.