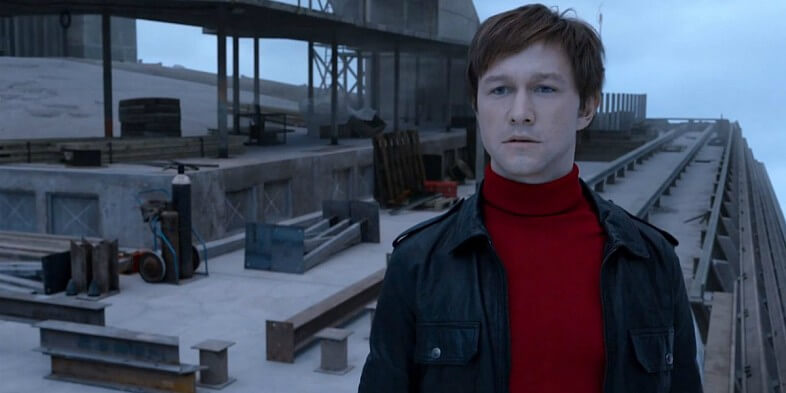 In 1974, a French artist named Philippe Petit performed a high-wire act across the twin towers of the World Trade Center that instantly became a legendary feat of beauty and spectacle. In 2008, director Robert Zemeckis (Forrest Gump) must have seen a documentary about Petit’s feat of beauty and spectacle called Man on Wire and reimagined it as a hokey heist film without any beauty or spectacle in it. It’s almost unthinkable that Zemeckis’s film has somehow managed to receive any positive reviews at all, as it’s a goofy yawn that fails to deliver on the vertigo-inducing thrills of its marquee sequence.

The star of The Walk is, well, the walk. This is the type of film that is only as successful as it’s climatic special effect. So after taking more than enough time to establish stakes that don’t resonate, does the big high-wire act scene pay off? Not at all. The Walk, ahem, stumbles when trying to match the immersive computer-generated environments of films like Gravity; it gives us a bland and cartoonish rendition of the ’74 Manhattan skyline that wouldn’t look out of place in a video game from a few years ago. Many reviews claim, “It feels like you’re actually on the high-wire with Petit!” Unless performing a high-wire act at 1700 feet in the air isn’t the least bit remarkable, I doubt that.

As The Walk bides it’s time until the big finale, we’re introduced to Petit  (Joseph Gordon-Levitt) and the enthusiastic team of accomplices he recruits to help him achieve his lifelong dream of hanging his wire on the World Trade Center. Gordon-Levitt is covered in so much unconvincing make-up that when he finally does open his mouth to reveal a ridiculous French accent, both elements work together to make Petit feel like another cartoonish computer-generated effect. Something about him just feels…off. Petit’s team of accomplices is astonishingly forgettable, and an underdeveloped love story does little more than throw a bunch of feelings at us and hope they stick.

The Walk is structured like an archetypical heist film, for no other reason than it needs to have some sort of accessible narrative structure for us to sit through before the high-wire act begins. By the time Petit’s caper fails to capture our imaginations, we’ve already been introduced to the big head-scratcher of The Walk. A series of cutaways to Petit standing on top of the Statue of Liberty and addressing us, directly, to narrate events in the film takes The Walk from bad to as bad as it can get. These cutaways are, well, stupid. Sometimes a criticism can’t be any more sophisticated than that.

When I claim that I can’t see any reason why The Walk is getting such positive reviews from other critics, it’s because I literally can’t. The Walk has no redeeming qualities and gets a failing grade here because it is, by far, the worst film I have seen this year—and I saw Paul Blart 2. Although Petit’s famous stunt showed us the height of beauty and spectacle, The Walk shows us a pit of dullness and horrendous creative decisions. Yikes.