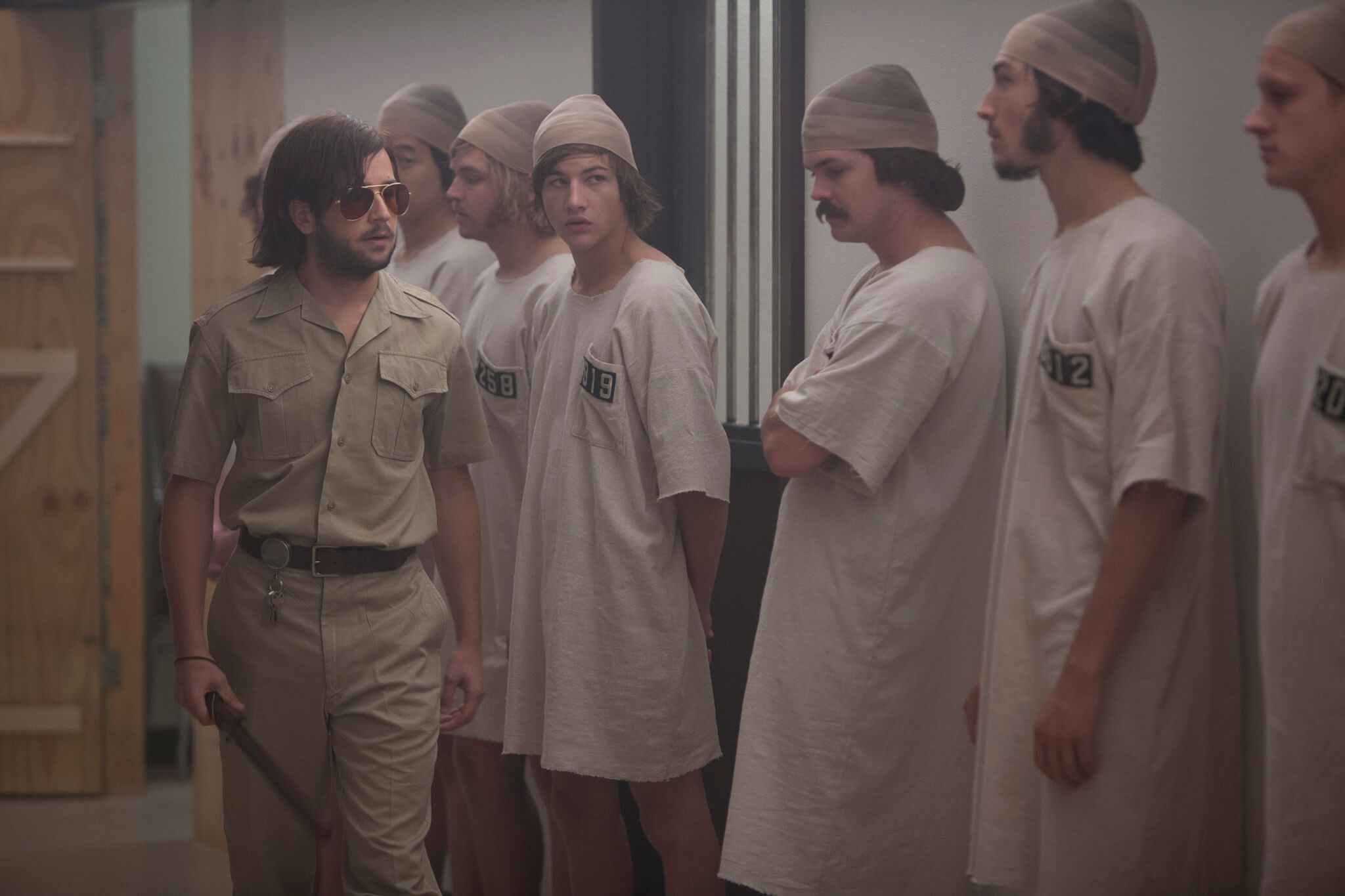 You only hear about a psychological experiment if it goes really, really well or really, really bad. Guess how a simulation of prison using 20-something college students as both guards and inmates went? Writer Tim Talbott’s script strays little from a grand recreation of actual events, never coloring in context for key players or investigating what mental maladies may have been at work within the participants. Director Kyle Patrick Alvarez mostly keeps the tension properly taut, even if the persecution feels a bit repetitive the umpteenth time a shaggy-haired dude is made to do pushups or jumping jacks.

The experiment was undertaken by Dr. Philip Zimbardo (Billy Crudup), of whom The Stanford Prison Experiment adaptation reveals very little. We know he’s respected in his field and, for some reason, has a fixation on locking young men in small rooms. The interviews of potential participants was said to be exhaustive but plays on screen like a roomful of medical professionals asking “you promise you’re not crazy, right?” The selectees are randomly divided into “guard” or “prisoner” roles; despite this, the guards are told they were “selected” based on their “exceptional” skills.

It takes exactly a day for it to get a bit Attica up in that bitch. The guards strip the prisoners naked, put them in dresses and inform them they no longer have names, just numbers. Number 8612 (Ezra Miller) is the first to decide something ain’t right. He leads a failed rebellion, which only emboldens one of the guards (Michael Angarano), who is full-on imitating Cool Hand Luke’s antagonist down to the accent. As the inmates begin to rapidly break and their captors get crueler, Zimbardo resists shutting it down because…science? Morality? Vanity? Stupidity. Let’s go with that.

At the heart of the real Stanford Prison Experiment are fascinating questions the movie also asks but maddeningly also never answers. Were a few key guards simply social deviants who needed only opportunity to uncage their inner savagery? Or, more hauntingly, is this really a case of normal, healthy people succumbing to evil intentions with a small amount of (imagined) power? Those are epic, thrilling inquiries, which makes this fictional recreation a breathless work. But within the parameters of that fiction, it would have been nice to see artists suggest some kind of answer. If not, what’s the purpose of making a film that simply presents facts already in evidence?

For example, Zimbardo seemingly has noble intentions, arguing the study was intended to “help” real-life convicts. If true, that colors the results. If false, it makes the study an exercise in dangerous narcissism. Speculation on that front was well within a filmmaker’s purview. The closest the film gets to offering significance is the final sequence, in which Angarano’s guard and Miller’s prisoner finally dialogue outside the “prison.” And yet, even that is a back-and-forth with little clarity. Ultimately, that is the legacy of both the film, The Stanford Prison Experiment, and Zimbardo’s real-life endeavor: A hazy, potentially troubling but ultimately unclear look into the fragile human psyche.