Home » Film » Summer Is Over. Hooray! 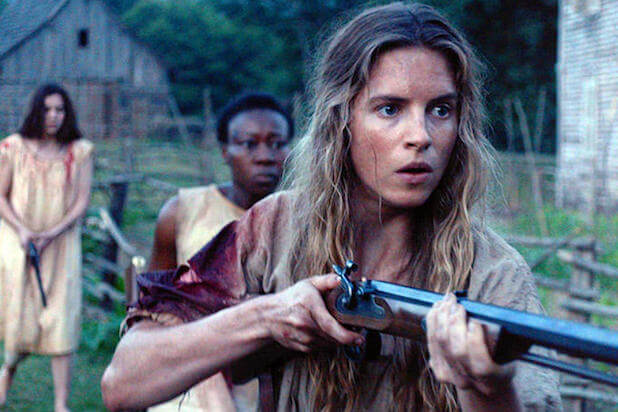 First off, I’m not a big fan of summer. This is because I am an adult, and adulting means summer is exactly the same as winter, only everybody smells bad and everything is covered in sweat. Seriously, if given the choice between August heat or February cold, give me the arctic tundra. I’d rather use a Tauntaun’s intestines for a pillow and blanket before experiencing humidity that feels like a wet lasagna noodle slapping me in the face. What? Oh, right, this is a film piece.

Summer movies get all the hype, but the best of the best usually poke their nose into theaters in the later months. The last third of 2015 is chock full of films from some of my favorite writers and directors and some small independent film I’m hearing great buzz about called “The Star Warses” I believe. Without further ado, let’s get fired up! (Imagine “tunnel walk” music being played at high volume like at a Huskers football game. Unless you don’t sports. Then imagine John Williams music.)

I don’t know how much more gas this YA-adaptation Vespa has left in the tank. We’ve endured the Twilight, are wrapping up The Hunger Games (more on that later) and have appropriately pretended Divergent didn’t exist. That said, this is one I have on my radar. The first Maze Runner was a taut little thriller. A little bit “Lord of the Flies” mixed with a little bit of dystopian shenanigans, it felt small-scale but interesting. Then the ending dropped the curtain and a much, much bigger, much, much more interesting world lay behind it. Color me intrigued by this one. That’s not to say it will deliver for sure, but it does have “Littlefinger” from HBO’s “Game of Thrones.” So at the very least, there’s probably whores in it.

I have professed my love for the breathtakingly talented and stunning Brit Marling in every way except interpretive dance, and I’m almost done preparing that performance. Combining her with Hailee Steinfeld in a feminist-tinted Western is an idea so close to my heart my lungs had to make room. The duo play sisters who must defend their home from Civil War soldiers who have gone AWOL. With cinematography that looks ripped from Ain’t Them Bodies Saints (one of the overlooked masterpieces I examined last month), this is a September surprise I can’t wait to open.

I didn’t read the book upon which this is based because no matter how exciting people told me it was, I thought it sounded boring as hell. “Dude stranded alone on Mars” or “Castaway in space” wasn’t a selling point for me so much as a warning. That said, Ridley Scott directing sci-fi is always shiny news for me, and Matt Damon remains one of this generation’s best actors. Considering how Gravity was one of the more intense, thrilling films in recent memory, there’s no reason to believe The Martian can’t achieve the same.

I’m not a big “Apple guy.” So sue me, I tend to frown upon companies whose product relies on suspect labor and whose brand loyalty doesn’t just feel cultish, it is cultish. For real. I left the iPhone and Apple wouldn’t let me text my friends anymore. And yet, I will see anything Aaron Sorkin writes and almost anything Danny Boyle directs. That combination of talent plus Michael Fassbender in the lead role means this is must-see material. Although, I am terrified Apple will take this as an opportunity to abduct me from the audience and turn me into a Cyberman.

Beasts of No Nation

I’m the person who really liked “True Detective: Season Two.” It pains me that I’m the only human who correctly praised what millions bashed, but so be it. If you liked the first season, as most folks did, it was at least partly because of director Cary Fukunaga. This is his first film since then, and he’s swinging for the fences. The first major motion picture to feature Netflix as its distributor, this is an intense drama about a child soldier fighting in an unnamed African country’s civil war. So you can just toss it on after you’re done binge watching Unbreakable Kimmy Schmidt. The intrigue surrounding this one is whether the odd pairing with Netflix will in any way affect this one’s Oscar chances. Oh, and it has Idris Elba, which I’m legally required to mention because people who love Idris Elba really love Idris Elba.

The film hasn’t been released yet, and the Oscar nominees aren’t announced for this year until 2016, and somehow Meryl Streep just won another Academy Award for this one. Okay, I may be a bit presumptuous, but you tell me what you think Streep’s chances are in a movie that follows the early feminist movement as they are oppressed by the (literal) man. It boggles the mind that some people don’t realize how relatively recently it was that women were denied basic rights. And by relatively recently, I mean “still are.” This promises to be a gritty gut-punch to the patriarchy. Keep ‘em coming.

The Hunger Games series could have easily been crap. The books were brilliant, but they were grounded in decidedly non-“young adult” issues. It really grinds my gears when people brand this sophisticated narrative as being intended for “less demanding” readers. It’s a series that explores the nature of propaganda, the notion of false martyrdom, the nihilism of violent political regimes and so much more. Here’s hoping they kept everything from the final book, which was my favorite because of the way it inverted so many expectations of the typical hero’s journey. Or, as Hollywood apparently wants to hype it: “Hey dumb-dumbs! Explosions and Jennifer Lawrence!”

This has Tina Fey and Amy Poehler. So I’m seeing it. That’s pretty much all I need to know. Sure, the plot seems flimsier than a teenager’s excuse, but who cares? Comedies are about jokes told by funny people. And this set-up—two sisters throw one last party before their parents sell the family home—is enough to allow two of the funniest people to be funny. Even Baby Mama, which was just okay overall, is still amusing enough that I stop to watch it whenever a cable channel rolls it out on repeat. What? Don’t you judge me.

This is a really obscure foreign film from an existential German director that has to do with our social responsibility to care for indigenous tree frogs.

Quentin Tarantino has never made a bad movie. Doesn’t look like that streak is ending here. Featuring QT’s muse and lucky charm, Samuel L. Jackson, along with goofily-mustachioed Kurt Russell and Tim Roth (among others), this turns a classic plot on its head. A bounty hunter and his prey are forced to hole up during a snowstorm with a bunch of mysterious characters. And it’s a Tarantino movie, so someone’s probably going to be physically turned inside out to the sounds of an obscure Gloria Estefan song or something.

It’s a good year for Westerns. Heck, it’s a better 3-4 months for Westerns than the last 3-4 decades almost. If you can hear this synopsis and not want to see the movie, we have different priorities. Leonardo DiCaprio plays a frontiersman who sets out for vengeance after folks leave him for dead when a bear mauls him. Leo gets pissed after being mauled by a bear and wants to hunt down Tom Hardy? Sold. Sign me up. The fact that reigning best director (and user of the most symbols in his name) Alejandro González Iñárritu directed is just gravy on top. Could this finally be Leo’s year? No. We’re not going to give him an Oscar. It’s way too funny at this point.