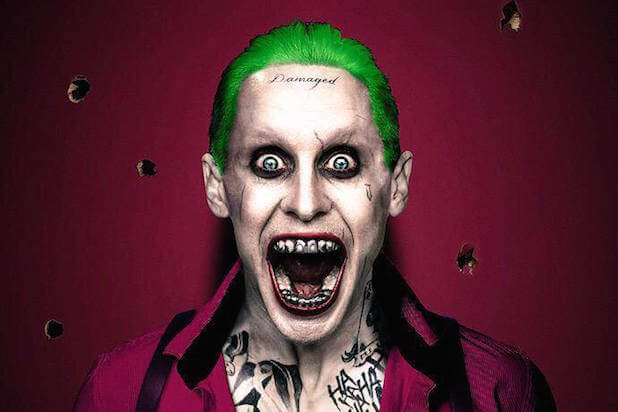 Like it or not, when I call Suicide Squad the worst movie ever…I mean it. Whether you believe that’s hyperbole doesn’t change the fact that it isn’t. So why is Suicide Squad the worst movie ever? Well, that’s simple: I hate everything about it. Everything. There aren’t even moments that I simply dislike. Beginning with the appearance of garish studio logos, customized to look like the front entrance of Spencer Gifts, Suicide Squad got under my skin and stayed there. Hell, it’s still there.

“But it’s not Suicide Squad’s fault! After poor reactions to Batman v. Superman, studio suits reedited the movie.” So what? The movie I saw is the movie. The senior film critic for The Reader, Ryan Syrek, called Suicide Squad “grade A sausage” in his review. “It is made from the finely grain leftovers of meatier movies, is unquestionably bad for you and is reluctantly delicious, “ wrote Syrek. Maybe that’s precisely the problem? I hate sausage.

Syrek gave Suicide Squad a barely positive review (B-). He praised Margot Robbie as manic murderess Harley Quinn, Will Smith as gruff mercenary Deadshot, Jared Leto as the Joker, and a general tone of “dumb fun” as standouts. Even some hardcore haters have pointed to these elements as the movie’s “redeemable” qualities. Syrek acknowledged Suicide Squad, “does feel stitched together, radically jumping tracks on tone without warning,” although I’m not sure quite how “radically” he meant. Many reviewers have criticized Suicide Squad for shifting tones from scene to scene, but I’ll go a step further: it changed drastically from frame to frame.

I never intended to care about the story in Suicide Squad, because all I needed to care about were the characters. The plot just needed to aim the usually talented ensemble at an antagonist to fight and let them do their work. Underwriting the characters could have been forgiven, to a degree. Continuously shifting tones meant that not a single member of Task Force X ever found their voice.

From the movie, all I really know about Deadshot is that he’s an expert marksman played by Will Smith…but I couldn’t tell you much about his personality. Toward the beginning, a single shot of Deadshot sniffing the chamber of a pistol shows his character bounce back and forth from Will Smith’s usual persona, to hardened mass-murderer, multiple times. A single shot!  Margot Robbie’s portrayal of Harley Quinn suffers the same fate. All I find out about her is that she’s some unspecific kind of crazy that changes from one image to the next.

The movie actively doesn’t give a shit about the other members of Task Force X, so I won’t spend much time on them here. Diablo’s (Jay Hernandez) “arc” is mostly filler. Rick Flag (Joel Kinnaman) is so dull and unnecessary that it’s a miracle Jai Courtney didn’t play him. Slipknot (Adam Beach) shows up for the sole purpose of dying immediately. Suicide Squad struggles to find anything for the rest of the team members to do, so they’re mostly presented in obligatory cutaways during the busy action sequences. After an hour of movie without a single “squader” getting any personality whatsoever, I began to resent that such dull characters even existed.

Unfortunately, the only character in the entire movie that felt somewhat rounded was the worst character ever: Jared Leto’s Joker. What’s bizarre is that, on paper, Leto’s Joker sounds like everything I’ve ever wanted to see in a live-action portrayal of the Clown Prince of Crime. I’ve never been quite on board with the “agent of chaos” version of the character that became popular after Heath Ledger’s iconic performance in 2008’s The Dark Knight. I picture the Joker as a much more pragmatic crime lord with a mean psychotic steak who is, as Syrek put it, “obnoxious by intent.” That perfectly describes Leto’s Joker.

“Be careful what you wish for,” I guess? Ahem…the jokes on me, because I never want to see this version of the character again. Luckily, Leto probably signed a lucrative deal to co-star in more DC movies, so I’m screwed. I totally agree with Syrek that Leto is, “obnoxious by intent,” and that’s simply an aesthetic choice that either works for you, or it doesn’t. It clearly didn’t work for me, but my bigger problem with the Joker in Suicide Squad is that he feels like a third-rate psychopath you often find in lame horror movies. He’s always shaking, his evil cackles always feels forced, and he’s never actually creepy. He’s a twerp with a punchable smile.

If being the most tonally incoherent movie ever and featuring the worst movie character ever isn’t enough, what finally makes Suicide Squad the worst movie ever is the are the constant verbal reminders that the supervillains in Task Force X are bad guys.

Something like 80-percent of the movie’s dialogue is a reminder that we are, in fact, watching a movie about supervillains, not superheroes. I know, I know…it sounds like I’m hung up on what should be a minor quibble, but two hours of hearing the same thing over and over again is downright unbearable. We get it, Suicide Squad. We get it! You’re a comic book movie celebrating the bad guys. No need to hammer the point into our skulls…and through our skulls, and into wall behind our skulls, and then into the wall behind that wall.

So yeah, Suicide Squad is the worst movie ever, and I hope it stays that way. I don’t know if I can handle seeing something worse. I only addressed a fraction of the movie’s problems because if I didn’t frame this as a rebuttal to a few major points Syrek’s review, then this article would be a book. Of course, I appreciate Syrek’s take and I know he’s surprised as anyone that he liked Suicide Squad. My reaction to it surprised me, too. Of the roughly 238,000 movies listed on IMDB, I never expected Suicide Squad to be the one I hated most.